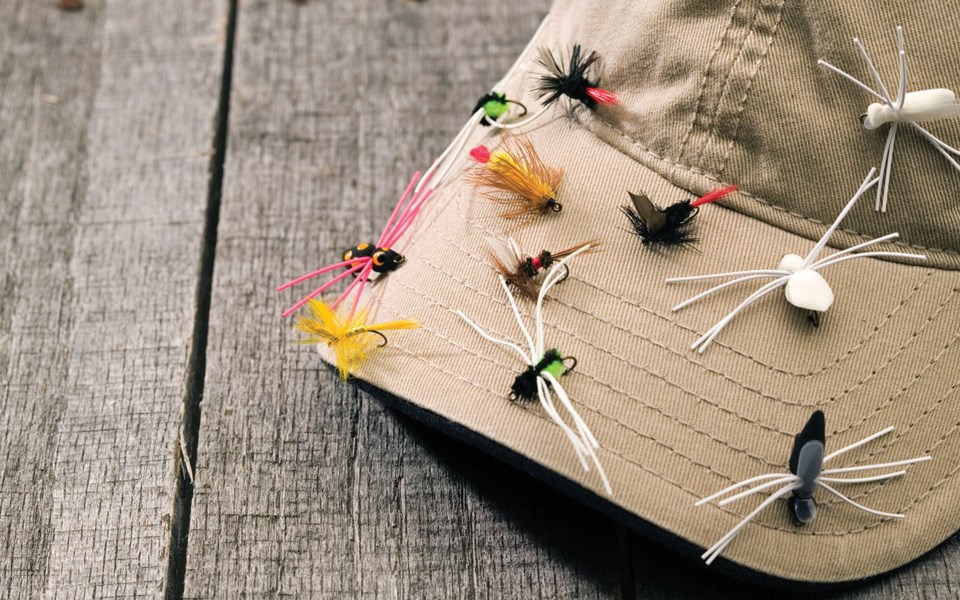 There are a lot of reasons right now to be worried, depressed, in denial, angry, suicidal, homicidal and just downright cantankerous. Summer, such as it was, is coming to an end. School, more fraught with concern and anxiety than ever, is starting... with no clear assurance it won’t go virtual again. A ski season defined by reservations is gestating and we’re keeping our fingers crossed the reservation system is robust enough to get us past the validators. There is unrest, protest and fear from sea to sea to sea. And I’m still dreaming about the outrageously great cheeseburger served with an appropriately cold, bitter IPA I’ve obsessed about since the pandemic’s lockdown began.

I haven’t been thinking about going fishing just because it’s the most sedentary activity known to mankind. I’ve been thinking about going fishing because I’m floating on a boat somewhere in Desolation Sound with a family and grandchildren I never imagined I’d have. And somewhere, lurking beneath the surface of the water, are very tasty creatures.

As hobbies or pastimes go, I guess fishing is no stranger than any other, assuming “other” embraces such pursuits as philately and numismatics. For the terminally insecure though, there is security in numbers—at least for the insecure who feel more comfortable hiding out in large groups—and fishing is still the most widely practiced sport, hobby, distraction, time-wasting excuse for sittin’ around drinking beer in the world. It touches man’s primal instincts to challenge nature, secure food, and get things tangled up beyond hope.

Some people believe fishing is a metaphor for life. These people are not fishermen; they are philosophers. Fishermen believe life is a metaphor for fishing. We are fools. And any place there happens to be water filled to any degree with fish, or even the hope of a promise of fish, is Fool’s Paradise.

While it may be important to include women in the broad and politically incorrect moniker “fishermen,” fishing is, at its very soul, a guy thing, and women who pursue it with passion are channelling their inner guy. Anything that involves as much pointless sitting around waiting for something to happen as fishing does is, by definition, a guy thing.

And that’s probably just as well. Fishing is one of those primal activities that both defines the cosmic essence of being a guy and at the same time, undermines it in at least two very significant ways. It has become a standing joke that guys are incapable of distinguishing between or naming more than six colours: red, green, blue, purple, orange and yellow. This is, of course, in stark contrast to many women who can name at least six subtle variations of an infinite number of colours, many of which only exist in paint, home furnishings and the seasonal change of “fashionable” hues.

This grossly unfair stereotype of colour-challenged manhood flies out the window though as soon as a guy walks into a store filled with fishing stuff, which is appropriately named tackle. Standing before a wall of feathers, fluff, glass beads, plastic worms and brightly coloured bits of metal, a guy can suddenly distinguish between subtle shades of tan, olive, ecru, pink, fuchsia, brown and, yes, even teal. All he has to do to make this amazing transition in colour perception is—wait for it—pretend he’s “thinking” like a fish. Real fishermen think like fish. Fish, on the other hand, show no signs of thinking at all. If they did, they wouldn’t bite most of the nonsense on the end of a fish line.

And if fishing destroys the myth of guys and colourblindness, it also lays waste the generally held notion that guys are indifferent to “accessories.” It is absolutely true that most guys can go through life without ever once thinking of a belt as anything more than something to hold their pants up and, with the sad exception of getting old, moving to a Florida condo and suddenly becoming smitten by the white belt and shoes look, never once caring whether their belt matches anything else they are or ever will be wearing.

One need only observe a guy’s progression of fishing accessories to understand how wrong that mean-spirited stereotype really is. A young boy starts his journey on the road to becoming a fisherman with simple, unpretentious gear: a pole, a hook, a worm, a red and white bobber. If he’s been taken to the right place, shown the path of true patience and can sit still for more than five minutes without completely losing interest or whipping out his electronic distracter, he eventually feels the rod come alive in his tiny hands and with a bit more luck, lands his first fish and receives his first Real Guy Lesson: You catch it, you clean it.

The inescapable lure of accessories, the primitive, well-concealed guy need to have one of everything no matter how arcane, is the only possible explanation for the lifelong transition of that young boy and his simple pole into a grown man with a $30,000 plastic bass boat, several steamer trunks full of lures and flies, reels and lines, specialized rods with particular flex characteristics to cover every variable of lake and stream, a wardrobe of fishing attire far more coordinated than his “casual” and “business” clothes put together and a Big Fookin’ Truck to lug the whole kit around in. Even golf, with all its specialized clubs and balls and brightly coloured apparel, doesn’t even come close.

Which is not to say this is entirely a bad thing. Fishing, like baseball, is one of those arenas of endeavour where popular mythology has it that grown men seem able to actually reach out and connect with their children in some more meaningful way than arguing. At least they can if they manage to hold their frustration in check for longer than 10 minutes while they unravel the mother of all knots their kid tangled his line into whipping it around like a lightsaber instead of sitting still and paying attention. A fishing trip, after all, is a time to pass on values, traditions, family lore, misconceptions and just plain wrongheaded notions about what it means to be a guy.

In the world of fishing, what it means to be a guy has a lot to do with sitting silently—except for the gentle slurping of lukewarm beer—and waiting for a hungry, thinking fish to come along and approve of your selection of an ecru and fuchsia chrionomid. But despite the seeming pointlessness of it all, one truism stands above all others to justify—yea, even recommend—fishing as a solemn pastime: Men can’t do much harm when they have a fishing pole in their hands.

So go fishing; save the world.