So who would you vote off the resort? There has been a lot of discussion about Whistler being too busy, too crowded, too congested, too gridlocked, too — dare I say — popular.
Nov 1, 2017 6:00 PM By: G.D. Maxwell 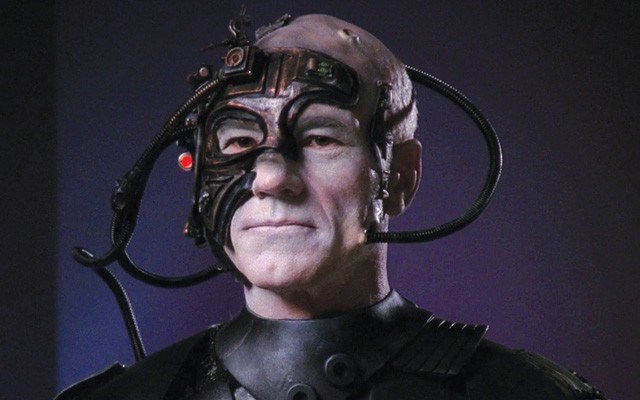 So who would you vote off the resort?

There has been a lot of discussion about Whistler being too busy, too crowded, too congested, too gridlocked, too — dare I say — popular. We are, in the minds of many, suffering from or very nearly suffering from or definitely occasionally suffering from overtourism. We feel the pain of our brothers and sisters in Barcelona, Venice, Amsterdam, Dubrovnik, et.al. Why won't some of these darling tourists stay home or go somewhere else?

Her Worship put her dainty foot in her mouth last month suggesting no tears would be shed if Brown Baggers stayed in the Lower Mainland. It was one of those moments, rare for someone so quick on her feet and sharp as a tack, when her mouth worked faster than her brain could say, "Hey, that's not going to come across very well in black and white." Oops. Too late.

She took a lot of grief over her remarks to CBC online — Motto: It may not be news but we'll sensationalize it as best we can! — some of it deserved, some of it so far over the top and downright nasty it makes me embarrassed to think the cretins who penned it on antisocial media actually live amongst us. Hint: Step away from your computer and actually do something constructive for this town.

Having been a Brown Bagger and still having something of an allergy to $15 hamburgers, I could feel personally impugned by the mayor's remarks. But I'm not. The reason I'm not feeds back to my opening question: who would you prefer to see not come to the resort, assuming you are among the many who think too many people come?

Heck, I'd vote for the Brown Baggers. I don't believe they're the ones responsible for all the trash left behind by the messy masses, but let's be honest, they contribute the least to the economic well-being of the town.

Of course, that's not necessarily the best — and certainly not the only — metric I'd care to use to measure the value of broadly generalized groups of visitors. Brown Baggers may be among the more passionate of our guests. Certainly when I was a BB skier, I'd terrorize the slopes bell to bell and blab to everyone I knew about how great the skiing was. I might not have sprayed dollars like the fur-clad poseurs but did manage to support the local medical establishment since my enthusiasm frequently exceeded my skill.

In my heart of hearts, I rejoiced when Vail announced they were ending one and three-day Edge Cards. Having spent nearly 20 years behind a Guest Relations (GR) counter, I hated the damn things. Hated! They were less about "rewarding" local addiction and more about amassing a database of email addresses to bombard with marketing hoopla.

You know those massive lineups at GR every weekend morning and especially early in the season. Most of those folks were one- and three-day card people. Many were buying them, some were trying to buy a second one because they didn't understand how they worked, and an astounding number of them were there for reprints because they couldn't remember to either bring their cards or couldn't remember where they left them two months ago when they last skied. Passion, my patootie.

Having said that — and at least until the next global financial meltdown — those BBs aren't the VailBorg's target market. One-day discounted pass? Go Epic or go home, you dilettante. Maybe Grouse is your kind of mountain.

It's a brave new world for VailBorg's (VB) 13-of-14, formerly known as Whistler Blackcomb. Having overpaid for what was arguably the No. 1 ski resort in North America, VB is deep into the final stages of adding our biological and technological distinctiveness to their own. Our culture will adapt to service them. Resistance is futile. And you, drone, zip that jacket up to your nametag or you won't be assimilated; you'll be eliminated!

In the world of VB, daytrippers and BBs aren't worth assimilating. They're waste product. They have no biological or technological distinctiveness worth absorbing. Let them eat overpriced day tickets if they can't see the advantage of becoming Epic. They're as pathetic as the local young parents who have the temerity to both want to ski on the same pass since they can't go up at the same time.

The VB believes in guest service... the magic is all in how you define "guest." Guests spend money. Upfront. None of this drib and drab stuff. Ain't no five-dollar tables or nickel slots in this casino. Platinum cards or better to open.

After all, this isn't about skiing. It's about making money. M-O-N-E-Y, as Kevin O'Leary would say.

Many of my friends, upon hearing VB was buying WB, expressed hope. "Hey, at least they're in the ski business. Not like when Fortress bought us."

And as far as it being run by someone passionate about the ski business, current CEO Rob Katz — a nice enough guy according to those who've met him — was a former Apollo exec. Of course, according to some of those same people, you'd be hard pressed to find a pair of skis leaned up against the wall behind the door of anyone's office at Vail Resorts' corporate bunker in Broomfield. Just sayin'.

So it's a brave new world and neither 13-of-14, VB, and, perhaps, the resort has much appetite for BBs. But that could be a bonus. BBs are daytrippers and eliminating them means less gridlock, fewer parking woes, more room for you and me. It may not be a good fit with what we think of as Canadian culture, but culture was never something the Borg was interested in assimilating, just adapting, kind of like the Great American Melting Pot as opposed to the Multicultural Miracle. No profit in it.