I stopped the car alongside the busy highway, got out, gazed skyward. The sun shone brightly on another cloudless day, so typical in this most untypical of B.C. summers. I strained my eyes in every direction. I saw... nothing.
Aug 28, 2009 7:02 AM By: G.D. Maxwell 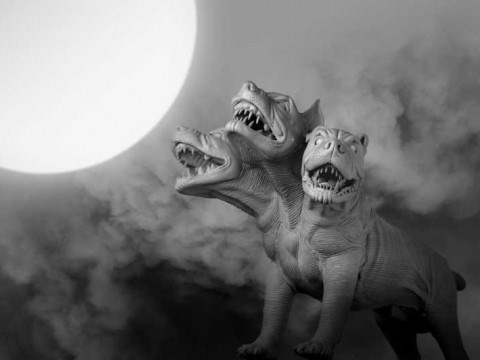 I stopped the car alongside the busy highway, got out, gazed skyward. The sun shone brightly on another cloudless day, so typical in this most untypical of B.C. summers. I strained my eyes in every direction. I saw... nothing.

"Perhaps by sea," I thought.

"Perhaps in the Pacific, off Vancouver Island," I thought.

Clearly we were under siege. Sinister forces beyond our ability to comprehend let alone control were massed for invasion. It had all the earmarks of a cheesy, Grade B, sci-fi flick. Aliens with powers far beyond our imagination had taken over and turned life as we know it upside down and inside out. For good measure, they'd painted it a different colour as well.

The somber news was intoned with funereal timbre. Our fates were sealed and there was nothing we could do about it. Bleak imagery brought to mind the hideous retribution so vividly captured by Hieronymus Bosch in the right-wing panel of his triptych, The Garden of Earthly Delights . That hellscape of cities afire, torture chambers, daemons and wild animals feeding on human flesh, damned masses finding nowhere to hide from the fate awaiting them seemed like paradise compared to the reality about to descend on Canada's Left Coast.

" We have been hit by seismic economic shifts that were unpredictable and brutally deceiving in their speed and force. They rocked our province.... "

Funny though, I didn't feel a thing. No fissures opening in the highway before me, no conga lines of cars careering over the cliff on the southbound side of the road like lemmings plunging to their deaths. I wonder where the epicentre was... perhaps a tsunami?

" Government revenues have been decimated. Billions of dollars have been lost... government's books shifting by hundreds of millions of dollars on a weekly basis.... Record forest fires.... The fiscal cupboard is bare and currently hangs on a wall of deficit spending ."

"OMG! It's the rapture. I was wrong about that no God thing after all," I thought. Well, if this is the end, I wish I had a drink. Or a hamburger for that matter. I'd hate to march to my doom as a reluctant vegan.

Imagine how relieved I was when I discovered it was just the severely monotoned Steven Point - lieutenant governor of all B.C. - delivering Rear-Entry Campbell's throne speech? As soon as I realized this was simply another installment in the ongoing soap opera As the Premier Lies , I breathed a sigh of relief. Resigned relief. No aliens, no invading spaceships, no eternal damnation. Okay, at least four more years of damnation but by no means eternal.

Two things are immediately apparent if you pay any attention at all to the throne speech. First, R-E maintains his unblemished lying streak. While this may seem like a negative thing to those of us who were punished as children for lying - "The truth will set you free." Whack! - it's pretty much the coin of the realm for anyone holding political office. Even if politicians suddenly decided to tell the truth at this point, no one would believe them.

The second thing the speech made clear, something much nearer to my heart, is that there is a crying need for speechwriters in Victoria. Who dreamed up this dreck? " The fiscal cupboard is bare and currently hangs on a wall of deficit spending ." Whoever came up with that nugget should hang up his/her thesaurus and be banished to the Land of Forgotten Metaphors where the only known language is tortured clichés and clerks always answer your inquires with "No."

It should come as no surprise to anyone who hasn't been in a coma for the past eight months that the province's budget deficit is just a teeny bit more than R-E had suggested during the Good News election campaign in April and May. By then, the Real World had been mired in recession for six months or so. Still, Gordo assured us the deficit would be in the neighbourhood of $500 million and would be short lived. Anybody with a working calculator and a shred of honesty figured the number would be more like $2-$3 billion but hey, what did we know. Not like we had a Blue Ribbon panel to hide behind, er, advise us about things economic.

Quelle surprise; the current lie about this year's deficit is $3 billion. Oh yeah, and deficits are likely to linger for the duration of this government, four more years. So sue him. It's not like any of us had any right to even think he was telling the truth while he was running for office. And it wasn't like there was any viable choice. Which kinda negates the need to lie but that'd be like suggesting there's no reason to breathe.

So was there any good news in this bad movie? Well, buried in the smoke and mirrors of restricting cellphone use by drivers, unenforceable; further demeaning the term "Bill of Rights" by promising a new one for seniors living in residential-care facilities, already on the books; strengthening the law regulating lobbyists, nudge nudge wink wink; and re-introducing a bill to reform the police complaint process, sure to be tasered to death again, there was this bit of previously unspoken hubris: " As long as we are mired in deficits, there is simply no money available for public sector wage increases ."

Damned good thing R-E and his senior civil servants got their big increases before the cupboard hanging on the deficit wall went bare, eh? As heartwarming as it is to think public sector employees might have to re-engage with reality and at least partially join the rest of us who don't get automatic pay increases, can't bank sick days, have seen jobs disappear and wages rolled back, all this really means is massive labour unrest. Of course, R-E would be the last to admit that. It would mean having to (a) be truthful, and (b) have foresight.

I'm beginning to understand why people look at me funny when I try to explain why politics and voting are important. Duh.