Saving the bears with a dumb idea?

Dumb is the new smart. How do I know this? Look around; it's everywhere. Count the number of really dumb things you see and/or do every day. It'll blow your mind. Some folks theorize it's the result of our technology.
Apr 29, 2015 6:00 PM By: G.D. Maxwell 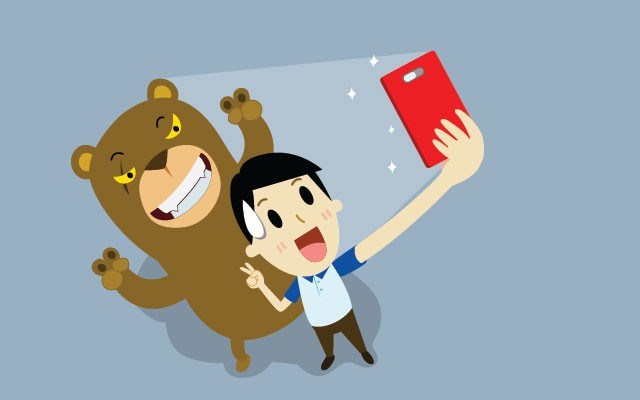 Dumb is the new smart.

How do I know this? Look around; it's everywhere. Count the number of really dumb things you see and/or do every day. It'll blow your mind.

Some folks theorize it's the result of our technology. My phone's smart; I don't need to be. Some trace it to reality television. I file it in the Don't Know, Don't Care file and just report what I see.

This column is about dumb ideas. I was going to write about last week's federal budget but it is such a monumental dumb idea, well, one thing led to another and here we are, discussing dumb ideas.

The budget was dumb because, for starters, it wasn't a budget. It was a litany of incredibly dumb blunders disguised as a budget, which was, itself, not a budget at all but an election campaign grab bag of promises, many of which will never come true regardless of this autumn's election outcome.

Anyone looking at the budget and still being able to say, with a straight face, the Conservatives are prudent money managers, has wandered so far into the minefield of dumb they're never likely to find their way out. Sell your stake in GM at a substantial loss to pretend you've balanced the budget? Dumb. Raid two-thirds of the contingency fund to pretend you've balanced the budget? Dumb.

But what this column is really about is dumb-sounding ideas that actually aren't so dumb. I've come up with plenty of dumb-sounding ideas over the years and written about many of them. I never expect anyone will take any of them seriously, but sometimes I discover someone has and, surprise, turns out it wasn't such a dumb idea.

In the early 1990s, I watched the Branch Davidian compound in Waco, Texas, go up in smoke after the FBI and ATF got their knickers in a knot about David Koresh and his group of true believers. The standoff lasted almost two months before all hell broke loose and 76 believers were incinerated.

I remembered thinking it was the result of a series of dumb ideas and three years later when the FBI found themselves in a similar standoff with the Montana Freemen for 81 days, at a cost of about $5 million a day. I offered this bit of dumb-sounding advice in this very column on July 19, 1996. Surround the building with tall, wide panels of heavy steel, call it a prison and go home. When the Freemen get hungry, offer them the chance to surrender.

I thought it was dumb, brilliant and would save the U.S. government about $4.99 million a day.

Imagine how I felt when I read this in a story Malcolm Gladwell wrote in the March 31st New Yorker magazine last year. He was writing about the Waco standoff and was quoting Bob Ricks, one of the lead FBI agents during the siege on how the bureau might have handled things differently to avoid the loss of life that occurred. "What could the bureau have done? I guess we could have fenced it off and called it a federal prison."

I was stunned. "Hey, that was my dumb idea" I shouted out loud in the waiting area at the Dallas/Fort Worth airport. Turns out it wasn't so dumb after all.

I've had other dumb-sounding ideas I don't think are so dumb. I can't help it if no one takes me seriously.

For example, a number of years ago I suggested converting the Whistler Golf Club course — the Arnold Palmer course — into a nine-hole course. I saw several advantages to doing this. We address the sizable segment of the golf market that doesn't have the time to play 18 holes. We save the expense of maintaining the other nine. Revenue isn't significantly reduced because (a) the clubhouse and restaurant are still open and (b) it costs almost as much to play nine holes as it does 18 at most clubs.

But most important, we'd have a huge swath of relatively flat land on which to construct employee housing.

No one took that dumb-sounding idea seriously. Know what they did instead? They built the ugliest subdivision in town — Rainbow. I can admit it's ugly; I live in it. It was also a deal with the devil and created unaffordable, affordable housing. And viewed from the flanks of Blackcomb, it still looks like a strip mine.

I can't get anyone at muni hall to seriously listen to my dumb-sounding idea about moving the muni works yard from its current location to the old Capilano Highways yard and using that swath of flat, serviced land for employee/senior housing. Staff say it's problematic getting their big trucks in and out of the Cap yard. Say what? Isn't that about all Cap Highways did when they used it?

And so I feel compelled to trot out an old, dumb-sounding idea one more time. We're coming into the bear killing season in Whistler and as sure as the sun rises in the east, more bears will be killed this summer. I'm not enthralled with Bear Smart's idea of calling the Conservation Officer every time you see a bear in your yard. For starters, there aren't that many COs and we'll burn them out. Also, we should be able to scare bears out of our own yards, thank you. Finally, it won't keep us from killing bears.

Why not? Because the weak links in the human-live bear/dead bear chain are the humans. Bears are bears. Not dumb, not smart. Humans on the other hand, seem limitlessly dumb. No matter how much we educate, sign, fine or ostracize, there will always be another dumb human who can't manage garbage, food, dirty barbeques, bird feeders, whatever.

Einstein said doing the same thing over and over and expecting a different result is insane. We're being insane about bears.

So why not give some thought to putting the problem bears to work for us... as a tourist attraction. Round 'em up, de-claw 'em, muzzle 'em, feed 'em all the garbage they want. If they're already becoming habituated to people, it's just a small step to becoming domesticated, more or less. Is it inhumane? Sure. Is it more humane than killing them? Do I have to answer that question?

The tourists will love them — a bear petting zoo — the international media will love them and give us gobs of free coverage for thinking outside the box and not killing bears. PETA will hate it but, then, they hate everything. And every day at après we can have Whistler's Running of the Bears up Village Stroll to their feeding station. Yeah, every day!

Dumb? Hell yes. But that don't mean it's stupid. Killing bears is stupid.