Apology not accepted. Sorry, Bob. Bob MacPherson, RMOW's director of community - whatever that is - has fallen on his sword. Okay, he's gently stumbled on a very small Swiss army knife... with the blades and corkscrew carefully closed.
Jun 25, 2010 7:49 AM By: G.D. Maxwell 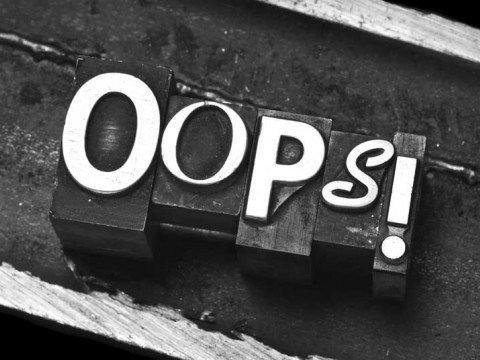 Bob MacPherson, RMOW's director of community - whatever that is - has fallen on his sword. Okay, he's gently stumbled on a very small Swiss army knife... with the blades and corkscrew carefully closed. Bob's issued a mea culpa for being da man who recommended the Cheakamus site as the better alternative for the athletes' village, notwithstanding the presence of a hulking, smoke-belching, carcinogen-spewing asphalt plant so close to the Olympics' Greatest Legacy that all future residents will look like minstrels in blackface and spawn a new generation of sideshow freaks.

I don't know what inspired Bob to shoulder the blame and face the horrible consequences, which consist of... well, let's leave it at shouldering the blame and facing the wrath of the "whiners in the dark corner." But I'm not buying it.

Though I'm too lazy and currently too distracted to look them up, I'm pretty certain I remember writing a couple of columns outlining in painstaking detail why situating the athletes' village in the Callaghan was a stupid option. Among them were the massively increased pollution we'd enjoy with 1,200+ residents commuting by car to and from work, school and recreation each day, the need to spend big bucks to expand public transit that far south, the near-future need to build a school in the Callaghan since they'd all be breeding like bunnies and the Worst Practices act of encouraging hopscotch sprawl.

Of course, I thought it made most sense to build it where the tennis facility that will never be built won't be built but noooooo, that just wasn't big enough or classy enough for something as big and classy as the Olympics. And since it followed close behind my recommendation to turn the Palmer golf course into a nine-hole executive course and build employee housing on the front nine, well, it's not like I ever enjoyed much credibility.

But credibility notwithstanding - and I'm not suggesting Bob and I lack that in common - I take the blame.

That having been said, blame, and whomever claims it, for building the athletes' village at Cheakamus isn't the issue. It is unimportant. It is unimportant because the Cheakamus site was and still is the best location among the competing sites... not to mention the deed is done. In fact, it is so unimportant the cynic in me wonders whether this belated virtual seppuku isn't really just a smokescreen.

The real issues are these: why has the RMOW chosen to, once again, shoot itself in the foot by trying to play hide the ball while paying the flimsiest lip service to principles of open, honest and transparent government? And what is really behind the "legal" opinion they're wrapping themselves in to keep from exercising their municipal muscle and giving the asphalt plant the boot?

It wasn't that long ago we were told by muni hall the only relevant document that existed relating to the asphalt plant was a single, unenlightening memo.

That was before a Freedom of Information request was dropped on them.

Turns out that was either (a) a lie, or (b) a sucker play. There were more documents. They outlined a request, dating back to 1998, to rezone the land to permit the production of asphalt and concrete. After batting that one around between the Advisory Planning Commission, staff and council, no rezoning was granted and the request was withdrawn.

As we know, that didn't stop the asphalt plant from spontaneously generating on the site. And so, the Nixonian question rears its ugly head: who knew what and when did they know it.

Here's a possible answer. In the real world, sometimes it's easier and more expeditious to ask forgiveness than seek approval. Since seeking approval wasn't getting anywhere, why not just fire the sucker up and ask forgiveness when and if anybody other than the plant itself raised a stink? After all, the only neighbours in the area were the landfill and the poo plant. Who cared? Given the acrimonious relations between the person seeking rezoning and muni hall, I'm bettin' withdrawing the zoning request was just a strategic "f#*k you, I'll do what I want."

If I were an overworked muni staffer, I wouldn't have given a damn about an illegal asphalt plant operating down near the dump and sewage plant. Hell, I had an Olympics to get ready for and we all know nothing was more important.

What's that? That was before the Olympics? Oh yeah, right. Whatever. It still wasn't important. No one around the hall cared.

But all that doesn't answer the question. Why, once again, did OUR municipal employees, elected or not, do such a slipshod job of being open, honest and thorough in revealing important information? Hiding the ball always backfires on them. Whether hubris or dumb pigheadedness, their actions fall far below the level of service we expect of, well, everyone else who works in Whistler.

The Chamber, Tourism Whistler, Whistler Blackcomb and, yes, even muni hall preach the gospel of world-class service. Well, if the muni were a waiter and this incident was indicative of their service it'd kinda be like having your waiter dump soup in your lap, bring you cold food, never fill your water glass and seduce your daughter while ogling your wife's cleavage... and then complain you weren't leaving a big enough tip.

As for the legal rationale for not booting the illegal plant the hell out of town? Who knows? It's secret. But I suspect it may have something to do with the municipality, any level of government for that matter, being about as sympathetic a party to a legal action as BP. We'd go into court with a target on our front and back.

And yet, they wonder why the public is angry with them and holds them in such low regard.