Should you stay or should you go?

Leave or stay? Stay or leave? It's either a question weighing heavily on your mind or something you never really give much thought to. I fall in the latter camp.
Dec 29, 2019 12:00 AM By: G.D. Maxwell 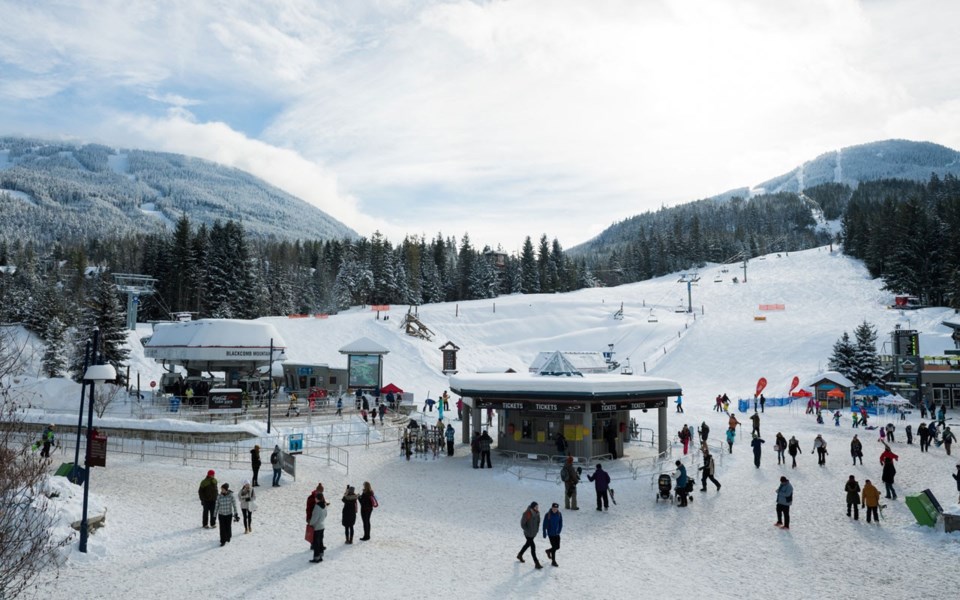 Leave or stay? Stay or leave? It's either a question weighing heavily on your mind or something you never really give much thought to.

I fall in the latter camp. But I know an alarming number of people who have decided they've had enough of Tiny Town and are either packing up, planning to leave or long gone. Their reasons are as varied as they are. Some are tired of the premium we pay to live here, like higher prices for food, gas, housing and almost everything else. Some have had enough of our Wet Coast weather and long winters. Some have lived too many years in a tourist town and just want some peace and quiet. Some have headed back to the Old Country—Ontario, Quebec or other points east.

And some have left and returned. Seemed like a good idea at the time, but they found moving to another town meant leaving a lifetime of friends behind and a social network they didn't fully appreciate until it wasn't there. Like the old song about not missing your water 'til your well runs dry.

Some found breaking into a new town, especially a small town, wasn't as easy as they imagined ... or as easy as it was when they were several decades younger. Their description of the experience brought to mind the cliquishness of Southern—U.S.—inhospitality as captured in the down home saying, "Jus' 'cuz the cat had kittens in the oven, don't make 'em biscuits."

But this being the "Best of Whistler" issue, it seems worthwhile to weigh in on things I find best about this bubble I live in. It may be too introspective but what the heck.

But I was unable to ski and had three days left in town. So instead of skiing, I sold my multi-day ticket and bought a condo. It proved to be the gravitational force necessary to draw me back when I decided to dedicate the rest of my life to being a ski bum. Talk about your random events.

Whether you're in the village, on the mountains, going to work, going to play or just wandering around, if you don't stop and look around you—especially up—it's easy to miss. If you do stop and look around, it's simply breathtaking. Any direction you look. Beauty and grandeur. Clear blue skies or ripping storms. What's in front of your nose or the furthest horizon. There isn't a bad view ... with the possible exception of Rainbow, where I live, viewed from across the valley. Maybe someday it won't look like a scar.

As I got to know this place I understood beauty was more than skin deep. There were spiderwebs of hiking trails that began at the end of almost every residential street and stretched out for more kilometres than could be covered in a day. Or a week. There were lakes and streams to swim in and fish in and paddle on and just lie on the shores of and watch the sun arc across the sky.

And, of course, there were the mountains. Constant but ever changing with the weather and snow conditions, Whistler and Blackcomb dish up a lifetime of skiing, hiking and climbing. I remember being surprised when I discovered or was shown a new, in-bounds place I'd never been to a decade after I'd been up the mountain hundreds of days. Then I remember not being surprised when that happened over and over again and still manages to happen almost two decades later! Naturally, I'm not counting the many places beyond my ability to ski and live to tell the tale.

Ownership, schmonership, the mountains will be here when we're all just memories and as long as my aging body holds out I'll enjoy what they have to offer. Well, maybe not rain days.

The real keeper though, the spice in the stew, the reason I won't be looking for another place to live out my life is, not unexpectedly, the people. It seems cliché but it's the people I've met, locals and tourists, who have nurtured deeper roots than I've ever put down any other place I've lived.

When I arrived, it was an experiment. The outcome depended on the community I unearthed beneath the facade of the trendy ski resort I'd only visited. Being a tourist, I didn't even know whether there was a community. But when I found it I knew I'd arrived and was staying. "So this is where my people have been hiding all these years," I thought. Not only was there a community here, it was a vibrant, creative, exciting community. It was the kind of place that gets created when people from all over choose to live here.

Read those last four words again. Choose to live here. Other than a handful of young kids who were born here, everyone living here 30 years ago had chosen to live here. Chosen to move here from wherever it was they'd grown up or lived before. Chosen to make this their home, whether home was a nice house or a rough squat. Imagine the kind of energy that exists in a town where everyone has decided it is the place for them to make a life.

So this is the best of Whistler. The other stuff, the stuff people voted for, is all nice. It's great to have wonderful restaurants, enough services to be able to stay in town for most of your needs, great physios, dentists and docs, an active arts and culture scene, more events than you can manage to attend. But the real best of Whistler is more ephemeral and it isn't until you step outside the bubble you begin to feel the force drawing you back.

Leave or stay? No contest.