Sliding off track on sustainability

How do you spell hypocrite. Well, how about W-H-I-S-T-L-E-R. I'll admit, I've never bought into the fascination the leaders of this town seem to have with sustainability.
Dec 14, 2011 8:00 PM By: G.D. Maxwell 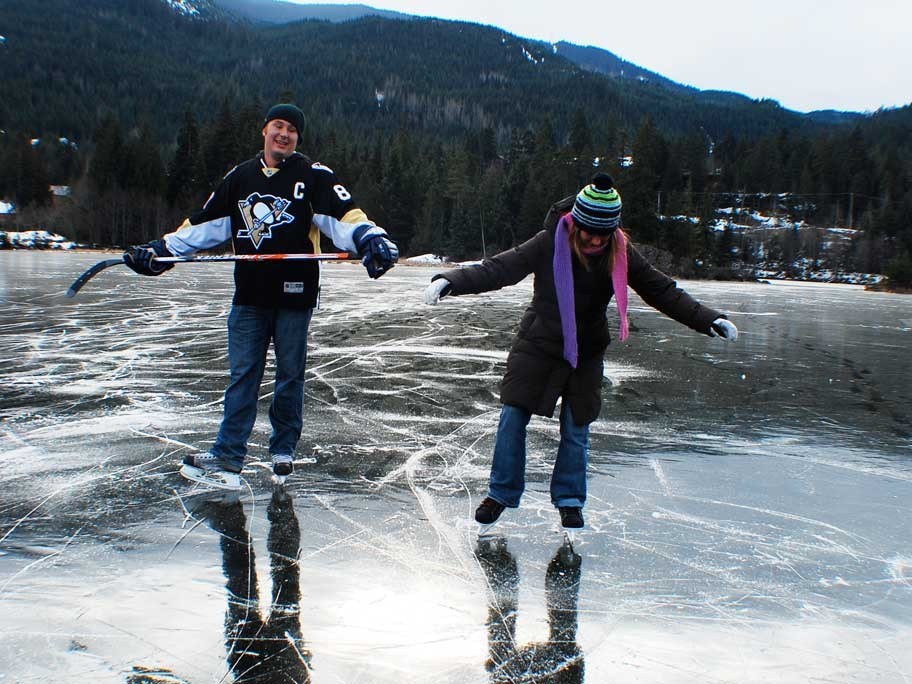 How do you spell hypocrite. Well, how about W-H-I-S-T-L-E-R.

I'll admit, I've never bought into the fascination the leaders of this town seem to have with sustainability. My hesitation has largely been due to my quaint, if pedantic, belief that words actually do — okay, should — mean something. A buzzword like sustainable should bear some relation to the generally accepted dictionary definition of the word which, in case you've forgotten, means capable of being sustained or continued with minimal long-term effect on the environment.

In an effort to be sustainable, Whistler has mandated low-flow showerheads and toilets, forced developers to build to a high level of energy efficiency, squandered countless tax dollars on green roofs and cutting edge heating systems that don't always work, installed solar panels, bought Smart cars, created bylaws governing the length of time you can idle your car, been saddled with fuel cell busses, undertaken other initiatives and launched countless task forces.

Countering these initiatives, the town's also continued to turn a blind eye to the dozens of retail merchants who can't bear to close their doors during business hours, preferring instead to attempt to heat the great outdoors, allowed the proliferation of propane patio heaters so patrons can drink cold beer on a freezing patio without becoming peoplesicles, and, in the name of safety, given the nod to half a dozen firefighters driving a million-and-a-half dollar fire truck a block and a half to have coffee someplace other than the firehall.

And to gild the proverbial lily, decided to build a mini skating rink at Whistler Olympic Plaza.

Building an outdoor skating rink at WOP is, to sustainability, what burning tires is to clean air... an affront. Why don't we just set fire to the mountains, join Canada's full-frontal push to become the international bad boy of climate change and stop making any pretense of caring about our GHG production?

We are building an outdoor skating rink — a teeny-tiny, itsy-bitsy rink — because we can. We have RMI money we haven't been clever enough to spend some other way that might boost tourism. We believe the tourists who come here will ooh and aah over the mini slide mahal. We're too myopic to take advantage of the many skating rinks that already exist in town... the ones called lakes. And we seem to believe everyone who visits would prefer a suitably artificial, soulless experience to the real thing.

That it'll take lots of energy to keep ice where ice doesn't want to be is axiomatic. That tourists will enjoy it is important, primary even. But that it'll be a soulless, artificial experience is relative, relative to the very real experience we could be providing our guests.

All summer long, we run shuttles to Lost Lake. We do that because it's beautiful and there isn't much parking. People swim, picnic, walk with their dogs and children and marvel at the scenic, natural wonder of it all.

It's even better in winter.

How much fun would it be, how real would it be, to skate on Lost Lake? We already have a concession. Already have infrastructure. Already have staff. Big trees, lit trails, a nice place to build a warming bonfire — or be truly sustainable and let everyone watch iBurn on their phones. The ice is self-sustaining though the skating sucks when it rains, just as it will in WOP. True, we don't have a Dairy Queen within staggering distance but someone could start a maple taffy stand to provide a sugar fix.

But we won't do that. Why? Because we've lost our way. It's one of our Olympic legacies. Bigger, better, more artificial.

If we ever really want to walk the sustainable walk we need to get rid of the sliding centre. It is the apotheosis of unsustainability. It lives, breathes and eats unsustainable. Whether measured by the three legs of the sustainability stool or the four system conditions of the Natural Step, the sliding centre is a miserable, manifest failure, a monument to elitist, pointless sports.

It was and shall always be economically unsustainable. Its cost was unconscionable. It loses money every time it's fired up and it always will; no World Cup event will ever cover the costs of hosting, and no realistic volume of tourist rides will pay the bill.

It could easily be a poster child for environmental unsustainability. You want environmentally sustainable sliding, check out the bobsleigh run at St. Moritz.

And it has become socially unsustainable or, in Natural Step-speak, it is a condition that systemically undermines our capacity to meet our needs. This development completes the hat trick and is the best reason for Whistler to rise up and demand the damn thing be torn down, bulldozed or left to become a ruin on the side of Blackcomb Mountain.

The sliding centre has become a crippling financial drag on Whistler Sport Legacies. If we all clear the Olympic fog from our brain, we can almost remember the promises of well-funded legacies... in perpetuity. Perpetuity turned out to be about a year; that's how long it was before the province had to commit to spending $6.2 million of those pesky taxpayer dollars to keep WSL afloat.

So how is WSL going to manage going forward? Build baby, build. First, of course, it'll have to put the boots to a guy who's spent a lifetime making a real contribution to this town. Reminds me uncomfortably of the way Texas cattlemen cheated and muscled land-grant Chicanos out of their land in northern New Mexico.

But squeezing out Callaghan Country — and what Brad Sills has spent 30-some years building — pales compared to the go-forward plan at WOP south. If you like skinny skiing down there, imagine how much more you'll like it when there's a town centre and a community of townhomes and condos surrounding it.

That's apparently the vision that came out of a meeting earlier this year when a roomful of heavy hitters blueskyed the future of WOP.

It's the kind of development the province's All Season Resort Guidelines likes to envision as a way to boost B.C.'s tourism revenue. Of course, it generally contemplates private developers putting their own and investor's money up to create a greenfield development, not a pre-packaged site paid for with taxpayers' Olympic bucks. But what the heck.

But it would all be so unnecessary if the boys could learn to play together and the Sliding Centre was just a bad memory.

Over to you, Santa. That's my wish.