(Some of) The people have spoken

Zounds! The champagne’s been drunk, merry’s been made, congratulations and condolences have been expressed. Now it’s time to get down to the hard job of governing. Almost.
Nov 21, 2008 6:42 AM By: G.D. Maxwell 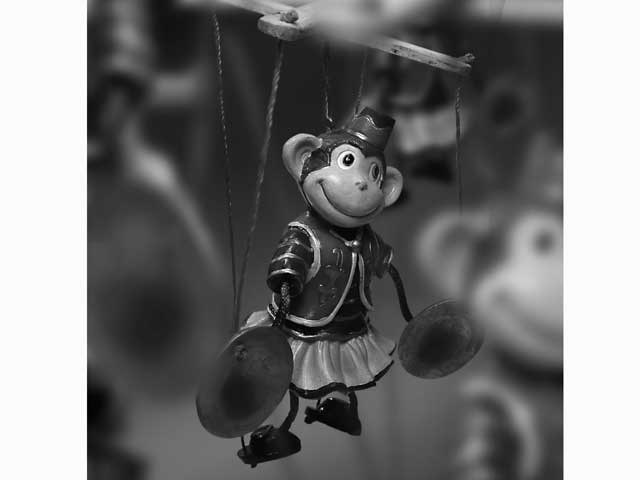 Zounds! The champagne’s been drunk, merry’s been made, congratulations and condolences have been expressed. Now it’s time to get down to the hard job of governing. Almost.

Before any of that begins, there’s the puzzling job of finding Whistler’s own disappeared. It would be easier to figure out who the disappeared are and where they disappeared to if, like Chile’s disappeared, we knew they’d mostly been rounded up and dispatched to the afterlife by some lowlife dictator with a twisted view on the most expedient way to deal with life’s little problems. However, I can attest firsthand to the fact that whatever his shortcomings may be, Mayor Ken is no Generalissimo Pinochet and has not sent those who dissed him in the last three years to dance with the angels.

One fact stands above all others when considering the arc of Whistler’s development as Canada’s premiere resort municipality. We are growing. By any measure, we are growing. Our footprint is more Sasquatchi like in 2008 than it was in 2005. Our housing stock is larger, our reputation is greater, our Olympic distortion more profound and, not surprisingly, our population is bigger and more restive than ever.

So why, given growth and a benevolent leader who doesn’t off his enemies, did almost 900 fewer people vote for the highest office in Whistlerland in 2008 than exercised their franchise in 2005? Are there any lessons to be learned or messages to be heeded in the face of this growing apathy? And does the plunge in voter turnout mean we should be looking at ways to make voting easier?

Three years ago, with a smaller population and, presumably, fewer eligible voters, 3,780 people cast ballots in the municipal election. Nineteen of them weren’t interested in voting for mayor, leaving 3,761 who voted for the top spot. In case you don’t remember, 1,769 voted for Mayor Ken, 1,416 choose former Mayor Ted Nebbeling, 346 cast their lot with Kristi Wells and the remaining 230 voted for others in the field of seven.

This time around, 2,903 people voted. Twice as many, 38, either weren’t interested in who was elected mayor or overlooked that column on the ballot. Ken, in yet another hard-fought race, garnered 1,527 votes, 242 fewer than last time. Kristi got 1,218 votes. The rest — including the inexplicable three who voted for Jag — split 120 votes between them.

So 896 fewer people cast a ballot for mayor of Whistler this time around. And while Ken enjoyed a larger percentage of votes cast — 53 per cent versus 47 per cent — his was a bigger slice of a much smaller pie. How come?

Voter burnout may be one reason. Last month we were subjected to a cynical, unnecessary and virtually meaningless federal election. With the three major party leaders displaying collectively about as much charisma as a colony of flatworms, Canadians turned out in record low numbers to replace a minority Conservative government with another minority Conservative government. Just because I believe there is nothing more important and engaging than local politics doesn’t mean that wave of apathy didn’t continue to dominate voters’ disinterest in all things political.

Perhaps the choice of candidates didn’t spark enough interest this time around. A number of people I’ve spoken with expressed the belief that Ken’s diminished numbers represent an alienation of what was his core constituency last time around, enviroactivists, treehuggers, and those leery of putting power in the hands of the perceived pro-business candidate. Kristi, on the other hand, despite having run an amazing campaign machine, wasn’t able to convince enough voters she wouldn’t turn the keys to the future over to those chanting “Grow, baby, grow.” Perhaps there was some ephemeral quality missing from both frontrunners that discouraged participation.

Then there is the timing issue. For better or worse — probably better from a mental health perspective — a lot of Whistleratics view this time of year as the best time of year to be somewhere else, somewhere where it doesn’t rain so much, somewhere where they can dodge the daily angst of wondering when the snow will come, somewhere, anywhere but here. Several of them expressed their frustrations in not being able to cast their ballots some way other than in person.

While absentee voting might make sense, it is not without potential peril, especially in this town. Being able to cast a vote from afar may return the franchise to those who choose to holiday during elections. But it’ll also enable the many non-resident condo owners to cast a vote as well. Is that important? It is if you want to keep control of local elections in more or less local hands. Consider the differential between winner and loser in the last two elections — 353 and 309 votes. Far fewer than the number of people spread out across Canada who own Whistler real estate. An effective campaign to reach those potential voters could change the outcome of the local vote. I’m not certain the nebulous connection of owning a piece of the dream is the kind of nexus I want determining who actually runs things around here.

Which segues nicely into the cosmic question of who exactly is running things around here.

I suspect the answer — or more accurately the perceived answer — to this question is the culprit behind the low voter turnout. The cynical, and perhaps not-so cynical, believe senior muni staff is calling the tune. Despite protests and assurances from the mayor that such isn’t the case, there have been too many examples in the recent past of staff making policy, changing established policy or simply ignoring policy set by mayor and council.

More fundamentally though — and probably more accurately — there’s a strong perception the five-ring circus is pulling the strings and Whistler’s dancing like a compliant marionette. The Olympics, embodied by VANOC, the IOC, COC and both senior levels of government, appear to be if not in charge, at least very, very influential when it comes to what’s going down in Tiny Town. Whether that’s the case or not, perception is reality, as several candidates were wont to observe during the campaign. And perception thrives in the absence of some more compelling reality to crowd it out.

That’s something the mayor and new council will have to grapple with. And I wish them well in their efforts. New councils are always the embodiment of hope, even if it’s the hope of a smaller percentage of the people who live here. You’re all big boys and I have no advice to give that you want to hear on how to deal with this issue.

But for you new councillors, I do have one tip. When you attend your getting-to-know-you retreat, take your own food and drink… and stay away from the Kool-aid, no matter how tempting it seems.