Somewhere between the rapture and spam…

August has become September and soon all the kiddies will be off the mean streets of Tiny Town and safely back in reform schools where they belong.
Sep 4, 2009 7:52 AM By: G.D. Maxwell 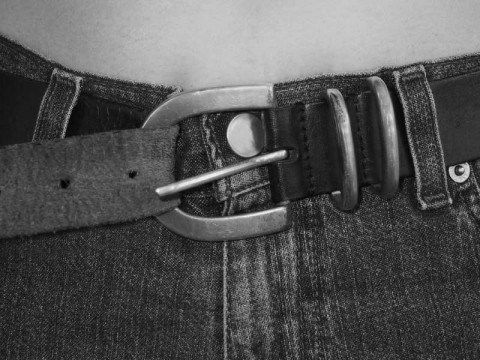 August has become September and soon all the kiddies will be off the mean streets of Tiny Town and safely back in reform schools where they belong. Without personally facing the looming prospect of back to school, I'm having a devil of a time deciding which upcoming event I'm more excited about.

There's Chuckles Hanson, for instance. The Finance Minister of all British Columbians delivered a fire and brimstone sermon Tuesday on the sin of wages. Updating his What, Me Worry? budget, the one he delivered way back in the dark days of, um, February, Chuckles thumped the pulpit and declared things were not so rosy in Lotusland. In fact, and don't let this get around, we may be in for a Decade of Austerity. Yep, the good times we were promised during the election ain't rollin' no mo'.

The small, temporary budget deficit hinted at earlier this year has ballooned in both size and duration. The size of the deficit is now officially Anybody's Guess and the it is expected to linger until exactly 2013. Or until the next revision. Or until the rapture.

So what's the upshot of this? Shortly after delivering the bad news, Chuckles did the honourable thing. Kneeling before a stunned, but rapt, scum of reporters, he drew his short sword and committed ritual seppuku, leaving only glistening guts and unanswered questions. Immediately thereafter, Premier Campbell, inspired by the brutal honesty of his deceased minister, apologized for his shallow personal greed and announced he was rolling back his own 100 per cent pay increase as well as the enormous increases of all senior civil servants in the province.

Just kidding. That part was obviously a daydream. Sure felt good though.

No, a still living Chuckles simply announced an "effective" freeze on spending. Humming I Got Mine , he explained that effective meant there would be nominal increases in spending for health care, a necessary evil since everything the government's announced since its reelection has had the unexpected side effect of making people sick. But there will be no wage increases for anyone who isn't an important government official in this budget and, as he put it, "for as long as the rivers flow to the sea."

Not completely without empathy for the rest of us, including those earning the country's least generous minimum wage - finally, we're number one - Chuckles suggested the following coping mechanism to get past these tough times: tighten your belt.

While I'm sure he didn't mean around his neck, probably just another daydream, I'm having a bit of trouble with his advice. For starters, there aren't any more holes in my belt. Every time I read stories about how to cope with the recession, how to save money, how to live more cheaply, I'm struck by one overwhelming fact. I've been living that way my whole life. Oh well, I'm sure the corporate sponsors will be generous with their samples during the Olympics.

Which, of course, is another upcoming event I'm excited about. No, seriously. I'm excited about the Olympics. The sooner we have them, the sooner they'll be over. At which point we'll know exactly how bad a financial hangover we're facing. A two-aspirin and strong coffee hangover or a total lobotomy hangover.

It was encouraging, almost touching, last week when the IOC announced it was going to backstop VANOC's budget shortfall, or at least the part related to having to buy up all the billboards within several hundred miles of Official Olympic Venues and the part related to Official Olympic Sponsors who have decided to spend their sponsorship dollars on other things, staying out of bankruptcy for example.

True, the announcement was an on-again, off-again, on-again, sort of, maybe kind of thing. But we grasp at straws offered now and find out later whether they were substance or yet another illusion. Either way I can't wait. The closer it gets, the sooner I can start my Olympic blog - 100 Days and Counting: A Curmudgeon's Guide to 2010 and Beyond.

But the really, really exciting event, glimmering like an oasis on a dusty horizon, promising a cool drink in a parched future, is a fall election. Oh, be still my heart. You'd be surprised at the number of e-mails I receive all asking the same thing, "Hey Max, wouldn't it be nice if we had another federal election?" Since I installed a more robust spam filter, there are even more of those e-mails than the ones asking, "Hey Max, wouldn't you like a larger penis?" Despite my enthusiastic reply to both, only one is likely to become reality. And it isn't the one that'll earn me the nickname Mr. Tripod.

The federal Liberals - not to be confused with the B.C. Liberals even though they both exhibit the same disturbing disregard for any known meaning of the word liberal - are at their annual caca retreat. This is the event where Liberals come from all over the country to shoot the shit. And, as it has for as long as memory serves, the caca they're shooting is all about threatening to force an election and replace the minority Conservative government with, well, anything that can actually be called a government without making that word meaningless as well.

Liberal leader Pop Iggy, feels the party's 0.005 per cent rise in the polls is a clear indication the country's clamouring for change. The problem is the New Democratic Party. They're not certain they want an election. This is not particularly surprising. At their annual caca this year they spent the entire time debating their name. After several hundred votes, they decided on the New Democratic Party. This is apparently not a party ready to embrace change.

And heck, who can doubt the job the Conservatives are doing? Blundering boldly where no one with half a brain has gone before, they just this week made Canada a safehaven for carnies everywhere when they granted refugee status to a white, South African carnival worker who applied on the grounds he was scared of black Africans.

Brandon Huntley, a single-eyebrow, skinhead kind of guy, entered the country on a work permit. Apparently Canada has a serious shortage of carnies. He stayed illegally beyond his permit and applied for refugee status claiming South Africa is no place for a white man. Canada agreed. Now South Africa is claiming Canada's racist. I don't know if that has something to do with accepting white South African refugees or letting dark-skinned Canadians languish in foreign prisons and fighting court orders to intervene on their behalf tooth and nail.

Either way, who in their right mind would want to get rid of Little Stevie Hapless? Okay, that was a rhetorical question.