Stop the insanity...I want to get off 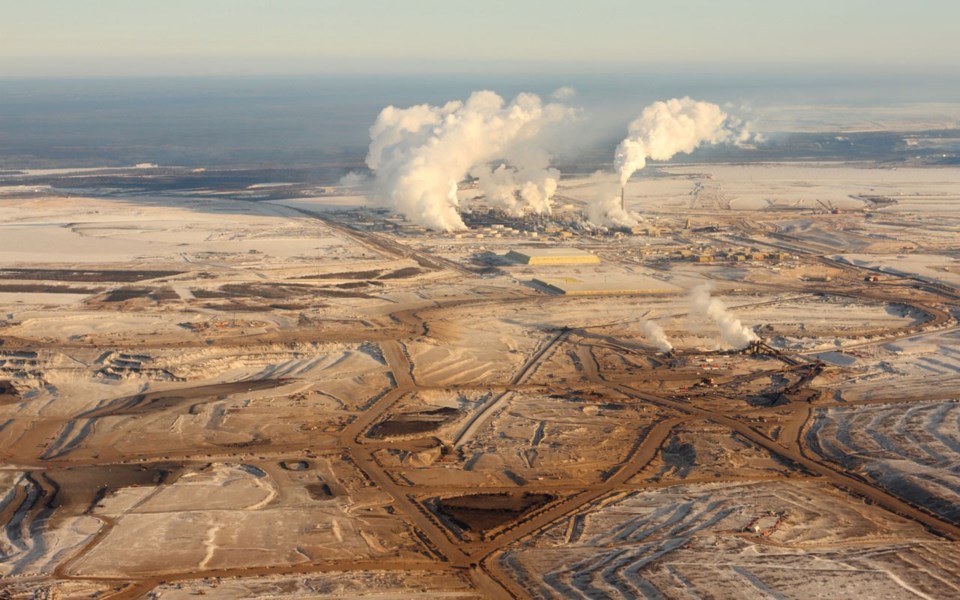 While it may not be fashionable in this populist era to admit it, I'm a capitalist. Not the rape and pillage, impoverish your employees while you enrich yourself, poison the consumers of your products, befoul the planet and focus on nothing but shareholder wealth kind of capitalist. More the kind of capitalist it seems is becoming extinct—the Leonard Lee, Aaron Feuerstein kind of capitalist who believes it is employees, not management, who create the wealth of companies.

I believe in free—but regulated—enterprise. I believe in the right of employees to unionize and bargain collectively if they believe they're getting a raw deal from the people managing their labour. I believe in the immutability of supply and demand to set a fair price on goods and services. I believe if you can't make a profit from what you're producing you shouldn't be producing it.

And it's those beliefs that set me apart from Albertans chomping at the bit to get federal approval for development of the Frontier tarsands project.

Frontier is the next big thing in Alberta's tarsands strategy to increase production of a product with a limited market, a deep discount and insufficient current transportation capability. It's a project being touted, kind of, by Teck Resources Ltd., Canada's largest mining company. The massive project—24,000 hectares—would produce an additional 260,000 barrels of bitumen daily for, perhaps, 40 years.

Jason Kenney claims it's a "must have" for Alberta's future and an acid test for national unity. Teck claims it'll be as green as green can be when measured in GHG emissions per barrel. Oh, and it'll create thousands of jobs and billions, tens of billions even, in tax revenue.

It would also produce something like six megatonnes of CO2 and make the country's climate targets vanish like a fart in the wind.

But, circling back to capitalism, the project makes no sense. Says who? Says the CEO of Teck.

As an aside, that conference in Banff was a conference that was supposed to be held in Whistler. Guess which letter from which mayor made organizers decide to move it to Banff?

Now, most capitalists would look at that menu of maybes and say, 'maybe we should be looking at some other project?' After all, smart money seems to be exiting the fossil-fuel business like rats deserting sinking ships.

Chevron has just written US$1.6 billion off their balance sheet associated with their half interest in Kitimat LNG, one of those LNG projects that Kristi Clarke said would make B.C. swim in tax dollars. And they're looking for someone to buy it.

The CEO of Blackrock, the world's largest asset manager, recently announced a sustainability strategy that will see them divest significant pools of assets away from fossil-fuel producers. They're hardly alone. Money is fleeing the oil patch faster than Fort Mac residents fled the firestorm that ravaged their town.

Ironically, or perhaps pathetically, the money that isn't fleeing fossil fuels is yours and mine. Governments around the world continue to prop up—socialize—oil and gas producers. As a group, fossil-fuel producers make Cadillac-driving welfare queens look like street beggars.

The International Monetary Fund, in May last year, pegged global subsidies for 2015 (the last year figures had been aggregated) at US$4.7 trillion. Yes, that's 12 zeros after the 4. And they project that number getting bigger!

The subsidies ladled out by Canada amount to almost $60 billion. How's that for a level playing field? In case you're wondering, that's over $1,600 per Canadian—and you thought you were paying a lot at the pump, chump.

Financial insanity and corporate welfare aside, the next hurdle to moving forward—backward—with Frontier rests with Federal Environment Minister Jonathan Wilkinson. His office has to green light the project and he's promised to hand down a decision by month's end...maybe.

He can, of course, hide behind the joint federal/provincial panel that earlier this year recommended the feds approve the proposal. Notwithstanding all the reasons no self-respecting capitalist would touch this project, the panel found it would provide "significant economic benefits for Alberta and Canada." This was largely based on Teck's own projections of job creation, tax and royalty revenues, projections from a company that has yet to do a full feasibility study of the project!

Wilkinson was splashed across last week's media, not for his musings about Frontier, but because of his chest-thumping announcement that Ottawa would shortly reveal its plan to ban so-called single-use plastics, a solution in search of a problem.

At the risk of flogging a dead horse, I'd just like to point out the total greenwashing behind the term single-use plastics. High on the hit list are things like drinking straws, food-court cutlery(sic) and shopping bags—one of the few plastic bags that may be reused. Totally absent from the list is an array of truly single-use plastic, including the packaging virtually everything comes in and garbage bags such as the ones we see municipal employees remove from every garbage container in Whistler, frequently only fractionally full but nonetheless replaced with brand new plastic bags.

That our Federal Environment Minister would even think of green lighting the Frontier project while applauding a straw ban pretty much tells you everything you need to know about how the "climate crisis" is likely to play out.

The only rational course of action is to say no to Frontier. That's why it's unlikely to happen.

Iran and Saudi Arabia can produce crude for around $9 per barrel. Crude, not bitumen.

It doesn't take a financial genius to figure out Frontier only works if each and every Canadian continues to subsidize it. I'm not enough of a socialist to buy into that insanity.