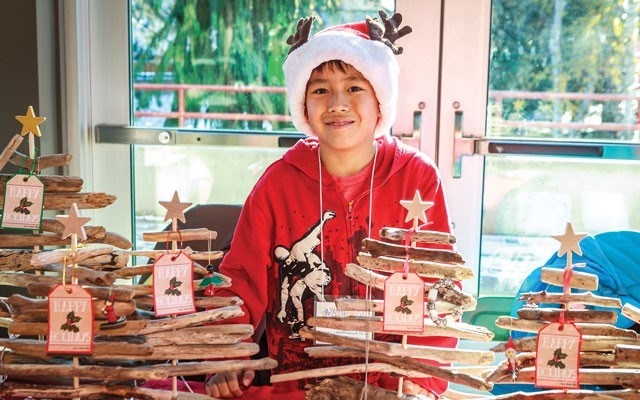 Back in the day, a can was a can. In 1935, beer started to be sold commercially in cans. Cans were made of tin, or more accurately, tin plated steel. You needed a can opener — church key if you prefer — to open one and you needed a fair amount of hand strength to crush one when it was empty. Crushing an empty beer can was considered a right of male passage. Pity the 98-pound weakling who couldn't crush a beer can.

In the 1960s, steel was pushed aside by aluminum. Aluminum cans weighed about half as much, cost less to make, didn't require a liner to keep beer from eventually tasting skunky — assuming the beer wasn't skunky to being with — and required the strength of a six-year-old to crush. Nonetheless, crushing empty beer cans remained, and continues to remain, popular.

Any cretin can crush an aluminum can and most cretins do.

But it takes an artist to make one round again.

And that, in a nutshell, is the beauty of art.

Anyone can destroy almost anything. Funny thing though, people who create things are rarely the same people who destroy things. When you read the backstories of kids caught vandalizing things, they're never creative people. They're alienated, depressed, bored, easily distracted, kids with no creative talent. They don't draw, play music, build things, garden, cook, sew or have a clue how to fix anything they break. They might be awesome gamers, good athletes, even passably good students. But they don't create.

They've never learned how hard — and satisfying — it is to build something as basic as a bookshelf. They're incurious about how to bake a loaf of bread or whip up a pot of soup. Broken lights leave them in the dark. They can't fix their own bikes.

Creative kids generally wonder how things work. They're driven to unravel mysteries around them. They want to do something with their hands. If they're lucky, they have parents, grandparents, neighbours or teachers who guide their curiosity into creative endeavours. If not, their disadvantage isn't always fatal. Many manage to teach themselves the crafts that spark their curiosity. More than ever, access to instruction in the creative arts is only a click away. People with creative curiosity don't let the absence of a mentor stymie their desire to learn. Many talented furniture builders, artists, musicians, writers, quilters and others are largely self taught. All it takes is enough desire to turn interest into action.

Creativity pays off at all stages of life. Once past the years of childish vandalism, creative people always — always — have an outlet to stave off boredom and whittle away at transient depression. If you play the blues, your blues are less blue. The ability to do something with your hands, to explore the avenues your imagination urges you to travel, to build something out of nothing is a key to happiness throughout life... and especially in old(er) age.

Very few things are as sad as watching people I've known fade like old Polaroid photos when they retire because, well, because they don't have anything to do. No hobbies, no crafts, no art, no interests, no way to pass the time. No creative outlet they ever took the time, or had the interest, to cultivate. Work was their life and what a stony soil that turned out to be. They die before their time, not infrequently because their wives — it's almost always men who find themselves in this predicament — kill them to retain their own, creative sanity.

There's no age that's too young to spark a fire that'll burn a lifetime. And that's the point of this pitch. Later this month, Saturday, Nov. 26 to be exact, you'll have the opportunity to help stoke the fires of creativity in people you're going to rely on someday to keep your Canada Pension cheques rolling in. Even better, if you drag your own kids along — or what the heck, borrow someone else's kids and drag them along — you're liable to spark that fire of creativity in someone who hasn't yet felt the burn.

Bratz Biz has been feeding the fires of Whistler's young artisans now for over 10 years.

If you already know about Bratz Biz what you may not know is they're going to be in a different place this year. They've waylaid you in the lobby of the Conference Centre for the past four years, an appetizer for the artisans selling their wares in the craft market formerly known as Bizarre Bazaar, now called Arts Whistler's Holiday Market in an attempt to keep from scaring off people who thought what went on was possibly bizarre.

But you can't hem in a crafty kid and the lobby of the Conference Centre just wasn't big enough to corral all that creativity. So head over to the Westin and prepare to be awed. Yeah, there'll be a couple of dozen young artisans showing off what they've created. But, as they say on late-night TV, there's more. There's Photos with Santa, there's crafty balloon twister Matthew Johnson who can make just about anything out of stretchy balloons. There's a do-it-yourself craft table for children. There is angelic music by the Whistler Children's Chorus and the Whistler Singers. And, of course, you can get your face painted if that makes you feel all holidayish... or you just like to get your face painted.

And if you're a young artisan, there's still time to get a table of your own and show everybody just how talented you are. Check it out at bratzbiz.ca.

Don't think this can't lead to bigger things. A number of Bratz Biz alumni have gone on to start their own successful businesses! That's what can happen when you channel your inner creativity.