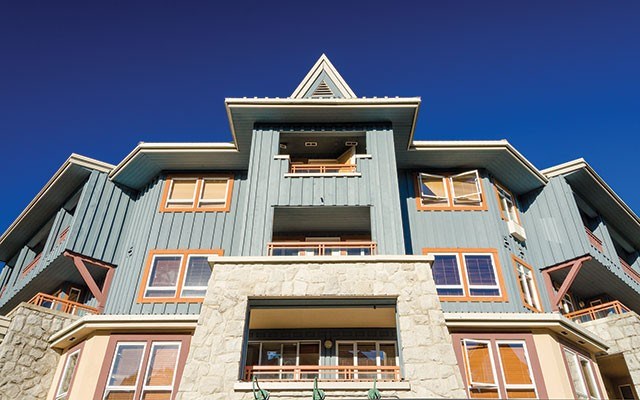 Depending on which wise saying you prefer, either the devil or God, perhaps both, are in the details. Naturally, at times such wide-open options make it extremely difficult to know which details to focus on and which might lead you down a path you prefer not to follow. But having a strong disbelief in both entities, and no particular love of details, I'm game.

As a province, we're about to discover how many devils and gods may be in the details of the agreement the provincial NDP and Green parties have hammered out to, they hope, govern the province for the next four years. Though neither party instils the kind of confidence I'd prefer to have in someone steering the ship of state, it's not much of a stretch to realize that is a common shortcoming, e.g., the upside-down Trumpian world imploding south of the border.

This week's homegrown instalment of godly devilish details is found in Tiny Town's Tourist Accommodation Regulation Bylaw No. 2142, 2017. Since that's quite a mouthful, let's just call it the new TA tax.

Whistler is blessed with a lot of tourist accommodation. We all know that because we're reminded repeatedly that ginning up occupancy rates is the holy grail of, in no particular order, the RMOW, Tourism Whistler, the corporation formerly known as Whistler Blackcomb, the Whistler Chamber of Commerce, the province, the hotel and restaurant association and that guy who panhandles behind Marketplace all the time. Virtually everything spawned in muni hall that doesn't have to do with property taxes and soccer fields is geared to increase hotel occupancy rates. We built 'em; they must come.

Within the tourist accommodation universe, we have several players. We have hotels, way fewer than you think. Hotels are generally owned by mysterious numbered companies, many of which are offshore entities. They are managed by professional management companies under whose names they operate, leading people to mistakenly believe those companies own them. There are so few hotels in Whistler we could just ignore them except for their habit of often griping about various "unfair" advantages they believe condo hotels — which aren't hotels at all — have, most of which simply come down to the fact they'd prefer to have all their rooms full before anything else in town is occupied.

Then you have hotel-like structures. These aren't hotels at all but are actually a bunch of strata-titled condos owned by people who thought they were making an astute real estate investment when they bought them but were actually paying too much for too little. They can conveniently be split into two: those with Phase 1 covenants and those with Phase 2 covenants.

Phase 2 hotel-like condos restrict owners from using them for their personal enjoyment more than 56 days per year. The rest of the time they have to be in a rental pool. Owners can camp in their Phase 1 condo any time they want for as long as they want.

There is also tourist accommodation scattered throughout town, where zoning permits. This is not to be confused with people who rent their house, condo, etc., on, for example, Airbnb, even though they are zoned for exclusive residential use. Those people are self-interested, greedy and operating illegally. None of the details in the new TA tax will have any effect on them. Enforcement of existing zoning is the only thing that will.

And that's the crux of the problem. All the laws, bylaws, zoning and covenants in the world aren't going to be effective if they aren't enforced. Whistler has a bylaw against swearing in public. I'm not making this up. I don't believe it's ever been enforced. There's a stiff fine for riding a bike on the walkways of the village. Bylaw officers will tell people to not ride their bikes should they happen to be present and almost run into by someone riding a bike... but I'm not sure anybody's ever been fined. It's illegal to rent your place out nightly if your zoning is residential. As a percentage of overall infractions, the incidence of enforcement doesn't even come close to the percentage of overt drug smugglers Canadian Border Services catches, which even they admit is miniscule.

What the TA tax does is, well, tax people who actually want to either manage their own investment — condo — or exercise some option other than that mandated by the strata management company. I know what you're thinking. Why would people want to do that? For the simple reason that not all strata boards and not all property management companies are, how shall I put this, operated in the best interests of the individual owners, many of whom are resident in the far corners of the world.

People who own Phase 1 and 2 condos already pay property taxes, Tourism Whistler taxes, although TW doesn't call it that, upwards of 40 per cent of their gross rental revenue to a property management company, strata fees and any expenses the strata board/management can possibly deem to be common area expenses. In return, they get to keep whatever's left over. In many cases, that means they show a positive cash flow for January, February and March and suck air the remainder of the year. But hey, they own a Whistler place!

So now, assuming they can under their covenants, if they'd like to opt out of the management in place in favour of another management company, or if they happen to be resident and want to manage their own investment, they have to get a business licence on top of everything else. I'm not sure how this is going to solve any of the problems outlined in the muni's Tourist Accommodation Review but it seems to be another step down the road to homogenization if not monopoly operation for a handful of companies.

And, obviously, notwithstanding the rhetoric, it doesn't do anything to curb illegal nightly rentals.

But I guess it's reflective of the brave new world we're entering. Homogenized, corporatized, monopolized, Disneyfied, just another sideshow in the spectacle of life in the fatuous lane in pay-to-play land.