Taking on skinny skis... more to it than I thought

It will probably come as a surprise, shock even, to those of you who regularly read this column — thank you both — to discover I sometimes say things I perhaps don't exactly mean.
Feb 6, 2013 8:00 PM By: G.D. Maxwell 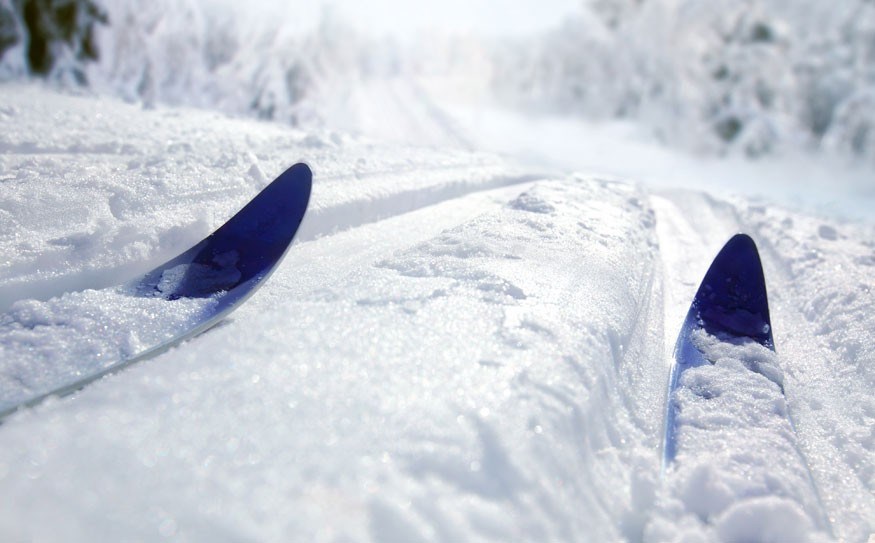 It will probably come as a surprise, shock even, to those of you who regularly read this column — thank you both — to discover I sometimes say things I perhaps don't exactly mean. That's not to say I don't believe what I say or say things just for effect, but sometimes I say things when really, I'm just thinking out loud.

As you might imagine, this can cause problems. Sometimes people think I'm crazy when one of those thoughts get spoken... and there's no one around I might actually be having a conversation with. At those times, people, not unjustifiably, have thought I'm talking to an invisible person. If I notice them noticing this I'll occasionally look back at them and say, "Well, are you going to answer me?" Other times, I fall into mock prayer. Either way, it's a tactic known as Sharing the Discomfort.

More frequently, the problem that comes up is when I speak what should be a silent thought and Wonder Wife is within earshot. Not infrequently, this means I'm about to have to do something I was really just thinking about doing someday... maybe... in my dreams.

And that's how I found myself signed up for a series of skate ski lessons last month.

I have no doubt — in fact, I think Pique publisher Bob Barnett might have overheard as well — that I spoke the thought out loud, "Maybe I should take some skate ski lessons." Left to my own devices, it would have been several more seasons before I ever got around to taking skate ski lessons, if ever. I meant it in much the same way as when I said, "Maybe we ought to rebuild the back patio at Smilin' Dog Manor," last summer, an undertaking of gargantuan proportions that is now on the schedule for this summer. To further illustrate what the words, "I think I ought to..." mean to me, I've been saying I ought to rebuild that patio since 2001.

It's not as though taking skate ski lessons was a bad idea. In fact, taking lessons was a very good idea. Lord knows I wasn't particularly making progress in the absence of lessons and having just discovered there were actually techniques to skate skiing other than flailing helplessly, falling, horking up a lung and walking uphill with my skis on my shoulders, I was kind of interested in finding out what they were.

But lessons, for me, are more often — okay, always — lessons in humiliation. And to be completely honest, I pretty much mastered humiliation before I ever got out of grade school.

To make matters worse, I do not have what you'd call a deep and abiding relationship with cross country skiing. I first tried it shortly after moving to Canada. My wife at the time thought I needed something athletic to do during the nine months of Canadian winter. I thought dashing to the neighbourhood pub was sufficiently athletic. I was, I think the technical term for it is, wrong, at least in her opinion.

So I was shamed into buying cross country skis, classic of course, that were too long, too stiff and needed waxing. I think I used them a half a dozen times, never successfully and never with the right wax. My classic period came to an end when the skis became welded to each other over the summer because I put them away with klister on them after a particularly unsuccessful outing.

I hated cross country skiing because (1) I have no ankles that support me on platforms narrower than my feet and even then, not 100 per cent of the time, and, (2) skiing in tracks makes me claustrophobic in a way only people who have gotten road bike tires stuck in Toronto streetcar tracks can fully appreciate.

I'd kind of forgotten about that first point when, several years ago, I decided skate skiing seemed like a good idea. I didn't mind skating on my downhill skis over Whistler's famous flat spots and I figured skate skiing was a lot like that.

Skate ski boots have no ankle support and the skis have a platform not much wider than fettuccini noodles. Oh, and no edges. Still, that didn't stop me from using Zippy the Dog as an excuse to ski from Rainbow Park to Meadow Park and back. Accomplished skate skiers consider that distance a warm-up; I considered it a day trip... with a lunch break... and sometimes a nap.

I first thought lessons would be a good idea when Wonder Wife tricked me into skate skiing from Callaghan Country Lodge back to Whistler Olympic Park, a distance about as far as Whistler to Vancouver. No one I met along the way said things like, "Nice form." Many said, "Are you alright?" with a look of concern generally reserved for people coming out of a coma.

I'd like to say I learned a lot in the four lessons I signed up for but, having missed two of them due to illness, it would only be a half truth. Bob the instructor was patient, knowledgeable and infuriatingly accomplished. Others in the class were infuriatingly graceful and balanced. And though no one ever actually said, "Are you alright?" to me, I did see several of those coming-out-of-a-coma looks.

Of course it turned out everything I thought I knew about skate skiing actually had more to do with fly fishing or macramé but I did confirm my suspicions about there being technique involved in skate skiing, although I was horrified to discover there are actually multiple techniques one might apply to the endeavour. And, as it turned out, I was completely familiar, theoretically, with the technique one uses to get up the steepest hills. Not unexpectedly, it was the technique I generally employed on flat ground.

Overall, I consider myself a vastly improved skate skier. I still struggle uphill and downhill still terrifies me. But I've discovered an affinity for the flat parts of Nick North and, more importantly, having taken lessons, I've fulfilled my end of the bargain and now get my reward.

A skate ski holiday? Hell no. A delicious five-course whatever they call that meal between lunch and dinner paired with five stunning Jackson-Triggs wines high atop Whistler Mountain. While not technically a quid pro quo — and certainly not blackmail — I consider attending the Valentine's Day Winemaker's Après a suitable reward for lessons taken in good spirits. After all, good sprits deserve better spirits and if you haven't treated yourself to one of the Winemaker's Après you should. The chefs at Steeps pull out all the stops and the winemakers try to top that. They battle; you win, er, I win. Or, I won.

Whatever, but I'll be skiing down on real skis when it's over.