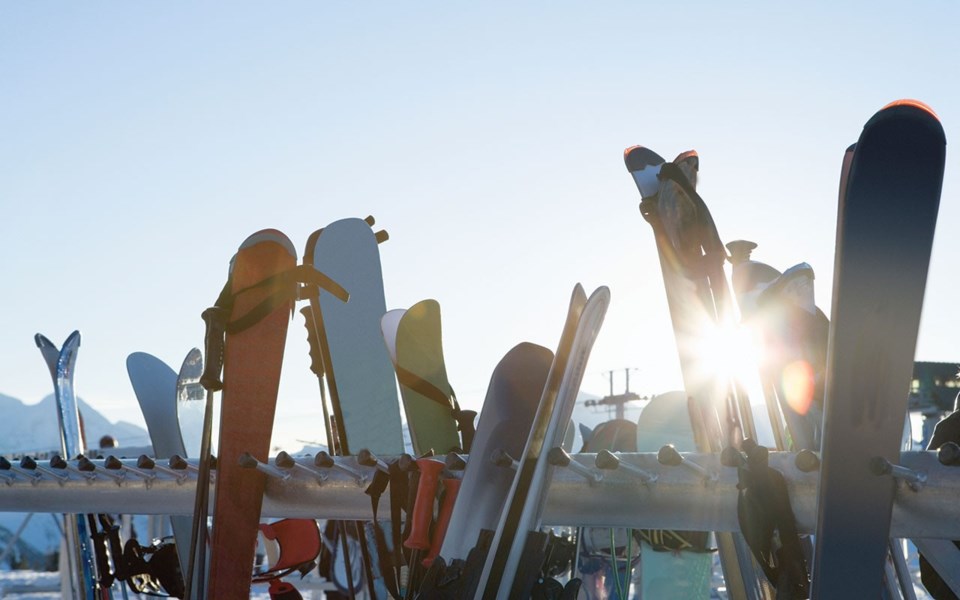 Canadians aren't certain they want to go back to work. Not out of sloth or laziness; out of fear. While most people from sea to sea to sea support easing up on sheltering in place restrictions, most are also concerned about heading back to work. Perhaps it's been the experience of working from home... in pajamas. More likely, it's fear driven by stepping back into the social cauldron.

Whatever the reason, that fear pales in comparison to the idea of multiple line-ups at airports as a prelude to getting on a crowded plane and sharing an air circulation system for the next several hours with people who may be carrying untold viruses and other nasty, communicable illnesses.

And so, like spring showers, airlines are lining up, hat in hand, consultants in tow, to stress how vital they are to the economic wellbeing of the country. As sure as those showers bring May flowers, governments around the world will bail them out.

In this country, we won't be bailing them out. We'll be providing them money. Potato, pahtato. The dough will have strings attached, but with that money, airlines will be able to hire the brightest legal and accounting minds to snip those strings.

While this column isn't about airline bailouts, I would like to suggest we let them go under. When people begin demanding air travel, there will be new airlines to provide the service. But that's a story for another day.

This column is about people's desire or reluctance or ability to hop on airplanes and head to fun-filled holidays in, oh, let's say, Whistler. And it's about what we might think about doing if they don't.

In the Before Time—that would be pre-Vail Resorts time—Whistler in its evolving iterations relied heavily on regional visitors. There were many years where the difference between a profitable season and a season when, if Whistler was an airline, it would have been looking for a bailout, depended entirely on rubber-tire traffic.

Having a clear appreciation for the importance of those regional visitors, Whistler and Blackcomb, both as separate entities and as Whistler Blackcomb, came up with attractive pricing and products to lure them up. Some of those included discount lift tickets available at 7-Eleven stores, Edge Cards in an array of prepaid days from one to 10 with additional days being heavily discounted, student passes, graduate passes, parent passes and spring passes.

Many of those products were available well into the season and some were available year-round. There were package tickets attractively priced through operators to lure skiers from the Old Country—Ontario—and elsewhere in Canada. There were discounted tickets available through various lodging operators in town.

Don't get me wrong. I believe the Epic Pass is a brilliant marketing idea. Under normal circumstances. And with certain necessary alterations. But I'm not so sure it's going to be epic this season, assuming there is a this season. More on that later.

Striking an attitude many consider arrogant, Vail Resorts has said they want people to commit to them, hence buy your Epic Pass early or don't by one at all. Another way of saying that is, "Our way or the highway." Unstated is the fact that highway often leads somewhere else.

You commit to buying an Epic Pass before the deadline—which seems to come some time early in December—or you pay a penalty for not committing should you decide later in the season you want to come after all. That penalty is absurdly priced lift tickets that bear no relationship to value for price.

Make no mistake, Epic Passes have provided value for price. But there are more than a few people who received no value for price for their 2019-20 Epic Pass. Those are the folks who knew they wanted to visit a Vail Resorts property to enjoy spring skiing. Remember spring skiing? Those people wound up with a worthless pass and for the privilege of committing to Vail Resorts, they'll get a credit worth 80 per cent of what they paid should they decide to commit to this season's pass.

It is not for no reason Vail Resorts is defending a class action lawsuit in the U.S. for fraud as a result of refusing to issue refunds or partial refunds to people due to the early closing. Apparently commitment is a one-way street.

I'm happy taking my 20-per-cent credit towards next year's pass. But then, I live here and if the mountains are open this winter I know where I'll be spending my time. To be honest, I didn't even expect 20 per cent. To be more honest, I'd have preferred to ski this spring but that's neither here nor there.

At any rate, I would strongly urge Vail Resorts to revisit its commitment model. I'd even more strongly urge them to suck up to regional skiers and boarders although I fear that ship has sailed, much to the benefit of every other ski area in B.C.

But we'll know what we know when we know it because Vail Resorts is not too good when it comes to sharing their thinking or plans for the coming season... or virtually anything else for that matter.

Not sure I can blame them this year. I'll be a little surprised if there is a this year until some time next year. Absent a strong desire on the part of people to hop onto flying Petri dishes, visitor numbers are likely to be weak for the rest of this calendar year.

On top of that, the logistics of safely opening the mountains to sufficient numbers of people to make economic sense is a nightmare. Physical distancing on gondolas would mean running them at a fraction of their upload capacity. That presumes you can assemble and maintain a healthy workforce, overcome people's fears, find a way to turn a profit off fewer visitors when you can't operate restaurants and bars anywhere near what we used to think of as capacity and keep staff housing from becoming a COVID-19 ward.

If we're going to have a 2020-21 ski season, it's going to take a concerted, joint effort on the part of Vail Resorts, the RMOW, Tourism Whistler, the lodging sector, restaurant and bar association and the local Chamber of Commerce, not to mention the province. It would be nice if everyone would work together and begin to share some ideas on how to make it happen.

Or at least let us know not to make the final payment on this year's pass.