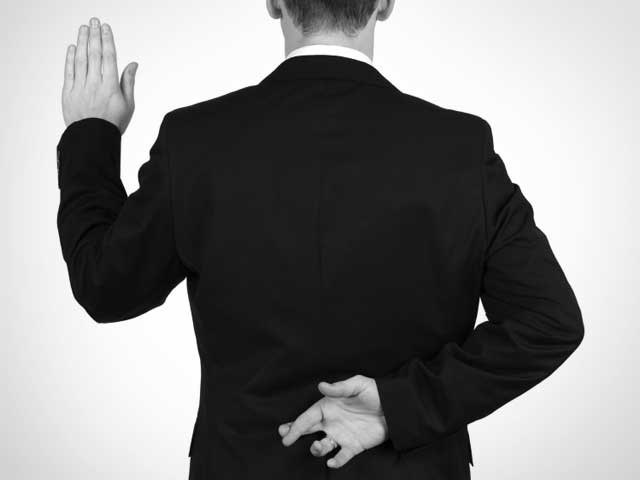 “St. Reagan must be spinnin’ in his grave,” I thought to myself. I’m not certain which was more warming, the late summer sun boring a foggy hole in my consciousness as I melted into the Brewhouse’s inviting patio, the barley sandwich that is Liftie’s Lager I was drinking to stay hydrated, or the thought of so many Republicans calling for increased regulation of the financial industry… in between their vapourous chants of “drill baby, drill”.

The call for more regulation, driven by panic at the prospect the fire raging in financial markets may be reaching the temperature at which dogma burns, had issued from the lips of Tweedle Dee and Tweedle Dumber — McCain and Palin — at one of their he-doesn’t-speak-while-she-drinks campaign stops. A man who’s spent his whole public life as a crusader in St. Reagan’s jihad on regulation and a woman who seems to only be interested in regulating those on her enemies list are calling for more regulation of the free-for-all markets at the very heart of America’s wealth generating machine? Curiouser and curiouser.

What next? Calls to protect employee rights to form unions?

Why can’t Canadian elections be this much fun? Why do we wind up with the terminal blandness of watching Stevie Harper channeling Mr. Rogers and Stephanie Dion trying to convince everyone that this election isn’t just about the opportunity to replace him as Liberal leader with someone blessed with a personality?

Thoughts wandering back to the riveting meltdown on Wall Street, I was lost in the very satisfying thought of former Lehman Brothers whiz kids applying for jobs as greeters at Wal-Mart — “Good morning and welcome to Wal-Mart. Buy, buy, buy!” — and only half noticed the sun-backed, robocop-like shamble of a man slide onto the picnic bench opposite me, dressed either in bike armour or market testing some bizarre Halloween costume.

While the sky remained clear and the sun baking, a dark cloud descended on my happy reverie. I didn’t need to see who had come between me and the vanishing warmth. The voice, not dissimilar to the sound bike armour, helmet and exposed skin makes grating over shards of shale after a drop gone bad, could only belong to J.J. Geddyup, Whistler’s chronically underemployed private eye.

“Nice outfit, J.J. Biking or chasing down a philandering biker?” I asked.

I’d known J.J. about as long as I’d known anyone in Tiny Town. He’d barged into a conversation I was having with someone at Dusty’s shortly after I moved to town, having been drawn by the twin lures of my American accent and the words I’d just uttered: “I’ll buy ya a beer.” That I’d said them to someone else didn’t seem to matter particularly to J.J., he threw a leg over a chair, added his order to ours and, well, the rest is kind of like other Whistler friendships — can’t remember what sparked them and can’t really understand what keeps them going.

His backstory was fascinating enough though. Former covert op for, depending on how he tells it, the CIA, NSA or some obscure, secret acronym suggesting spies up to no good, doing dirty work in Southeast Asia during the Vietnam war. An off-the-radar refugee in Canada, uncomfortable and unwelcome crossing the border back into the US. And now, a two-bit PI in a twenty-dollar town living more or less in the shadows where he feels most comfortable. But he seemed to know people and the dirt that collects around them. Sometimes what he knew was even true. Just the kind of guy worth keeping in touch with, even if he’d never picked up a check in his life.

“Yeah, for an old ish man,” he corrected.

“So whatcha up to these days,” I asked out of a combination of practiced interest and do-I-really-want-to-know curiosity.

“I’m thinking of running for politics,” he tossed the idea out as casually as if he’d said, “Not much.”

“J.J., you have more skeletons in your closet than a Halloween costume shop. Are you serious?”

“What skeletons? I don’t know what you’re talking about.”

“Okay, let’s let that one hang,” I said. “For what are you thinking of running? It’s not like it isn’t raining elections right now. I mean, federal, municipal and US. It’s a feast out there.”

“Municipal. Think globally; run locally. I’m thinking of using that as a slogan. What do you think?”

“I think you’ll have a lock on the don’t-know-their-head-from-their-ass vote,” I replied. “But, and correct me if I’m wrong, isn’t there that pesky have to be a citizen requirement. Last time I checked, all you had was a handful of phoney passports.”

“I’m a citizen of the world… Canada included. It’d take a lot more diligence than anyone over at Muni hall is going to exercise to prove otherwise,” he grinned.

“Well, nice to see your faith in humanity hasn’t been shaken. So — and I’m not entirely certain I want to know — what’s your platform? What do you want to achieve by running?”

“Pretty much anything you want it to… or nothing at all. Well, those are all laudable goals, J.J. But, personal financial security? Do you actually know what councillors get paid?”

“Somehow I was certain I was. What’s the big picture, J.J.?”

“How silly of me. Of course, the Olympics. So, how exactly are you planning to parlay the Olympics into your personal financial picture?”

“I’m not entirely certain. But I know I need to be on the inside to figure it out. I mean, look at the money that’s being thrown around under the fog bank of the Olympics. Ya gotchyer lot 1/9, the sliding centre, WOP, pay parking, the composter…”

“Actually, I think the composter is more money being thrown around for sustainability, J.J. But let’s not split hairs. You figure there’s enough hocus-pocus for some of that money to slosh its way into your pockets?”

“I think you might be a couple of years too late, J.J. Seems to me this next council might be more about fiscal restraint. You know, closing the barn door after the golden geese are gone.”

“Dude, you are so out of it. Tell you what, if I split what I figure I can siphon off pay parking with you, will you endorse me?”

“Hell, I’ll consider endorsing you if you just pay for that beer you ordered.”

“No can do. But after the election, I’m definitely buying.”