The gloves are off on housing

I'd like to begin this week's column by, uncharacteristically, apologizing. I'm apologizing for last week's column, "Housing solutions need creativity," April 4. It didn't turn out to be the column I wanted to write. It was a bit academic.
Apr 11, 2019 2:00 AM By: G.D. Maxwell 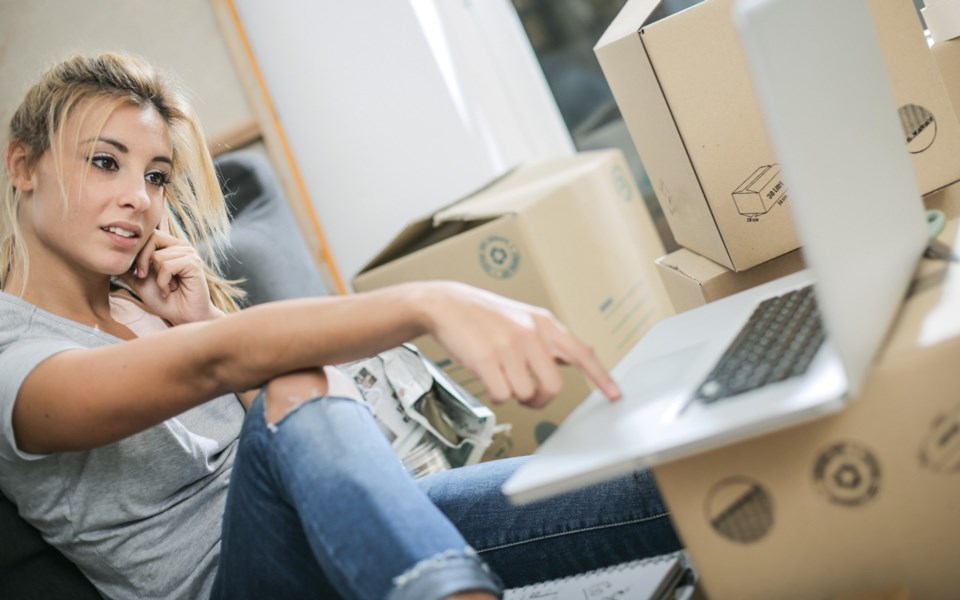 write it out Emails become part of the formal council package and "can't simply be ignored" by mayor and council. photo from shutterstock

I'd like to begin this week's column by, uncharacteristically, apologizing.

I'm apologizing for last week's column, "Housing solutions need creativity," April 4. It didn't turn out to be the column I wanted to write. It was a bit academic. It was weak. It was accepting of what appears to be a growing status quo. It was almost even-handed enough to pass for journalism, not opinion. It was directed at the wrong audience. It cut too much slack to some people I consider friends.

It was rolling along not too badly until I wrote this: "But clearly, council is not going to junk this (private development of employee housing) idea. Listening to the comments from the Feb. 26 and March 26 council meetings, there is no appetite on council to put this suffering dog down. So how can we fix it even better?

That's where I got off track. It can't be fixed. The pathetic efforts council and staff have proposed don't make it better. They make it worse. Way worse. They take a half-baked idea that doesn't work and sweeten the pot by misallocating bed units, bed units that should be exclusively used to develop employee housing, and gifting them to private developers to make their half-baked idea work, financially. Oh, you can't make a profit doing it this way, we'll help you by stealing bed units from employees and letting you sell or rent them to, well, anyone ... the market.

Like Whistler needs more market beds! Weren't we just discussing too much growth? Overtourism? Our crowded highway? Don't we still have a bed-unit cap?

More to the point, the shenanigans being proposed betray commitments this group of councillors made to the people who elected them and, in my case, endorsed them.

Worse, they're not going to make the lack of affordable housing better. They're going to make it worse. Worse now; worse in the future. They should be ashamed of themselves and I'm ashamed I didn't call them out on it. Now I am.

Why worse? The inclusion of market housing and their total disregard for the 1,200-plus people on WHA's rental waitlist and the 700-plus on the ownership waitlists.

All of you who have been patiently waiting for an opportunity to rent or buy an employee-housing unit: your council has put the boots to you. They've said you don't matter. They said you're a lower class of Whistlerite. They said you're not as important as the businesses in town that have the financial ability and self-interest to put housing for their employees ahead of you.

Oh, and you employers who can't or won't belly up and buy or rent units in this private developer employee housing: your employees are the ones getting screwed; every person on the waitlist is an employee, maybe yours. Your businesses are going to the back of the line. Your businesses aren't as important to your council.

The new, unimproved guidelines for who gets to rent or buy this so-called employee housing give "consideration" to those on WHA waitlists. There is absolutely no definition of what "consideration" means. Here's what it means: diddly squat! It means whoever is selling or renting those units can totally ignore the waitlists.

Pathetically, comically, Happy Jack proposed a modification. He wanted to replace "consideration" with "preference." What did "preference" mean? Not much more than "consideration." It didn't mean anyone from the waitlist was guaranteed a chance to buy or rent a single unit of this housing.

But even that proposal didn't pass. Not only didn't it pass, but not a single councillor present even seconded it!

Councillor Cathy Jewett was first to shoot it down, saying it would change the spirit of the whole thing. That spirit being to ignore people on the waitlist.

Coun. Ralph Forsyth, who lives in WHA housing himself, shot it down because it implied businesses might not want to participate and he wants them to because back in the day, when he got into 19-Mile Creek, demand was softer and his reality seems perpetually coloured by his anecdotal experience.

Coun. Duane Jackson was absent. It was, however, his misguided direction at the February meeting that led to staff including market-bed units to make this ill-conceived project work in the first place.

Coun. Jen Ford was absent and I'm not entirely sure what her views are on this but know she's a strong advocate for WHA, not private developers, providing employee housing.

So there you have it, people. You've been sold down the river by the very people you helped get elected. You've been patiently waiting for your chance to move into affordable, stable housing, the kind you're not going to be kicked out of by a greedy landlord or renovicted. You've played the game by the rules. Now they want to change the rules and let some business or developer in town put their employees or anyone they want ahead of you. How is that fair? It's like rich wannabe immigrants buying their way into the country instead of going through the slow, tedious channels. Playing by the rules is for saps. Poor saps. Money talks.

I've been doing this long enough that the mayor and council, the administrator and senior staff are completely comfortable ignoring anything I have to say. They might wince but they know next week is another week and whatever I have to say will vanish like a fart in the breeze. They also bank on the fact many—most—of you are apathetic or intimidated enough you won't speak out.

So I challenge you to surprise them. Write them. Write each of them. More importantly write to mayor and council. Your emails will become part of the formal council package. They can't simply be ignored. Here's a link to how to write mayor and council and where to send it and a link to each councillor's email. Have at 'em. It's as easy as posting on social media.

And while I'm offering a challenge, here's another. I challenge anyone on council or the mayor or the administrator or senior staff to a public debate on this travesty. You pick the time and place, as long as it's a time and place members of the public can easily attend. Come one; come all. If you seriously believe you can justify putting the boots to the people who have been patiently waiting for years, give it your best shot. Heck, you can even speak first.