The locals test - take it if you dare

Moving to a new place is a daunting prospect. Fitting into that place is even scarier. It's like going to a cocktail party where you don't know a single person... naked.
Mar 11, 2011 4:32 AM By: G.D. Maxwell 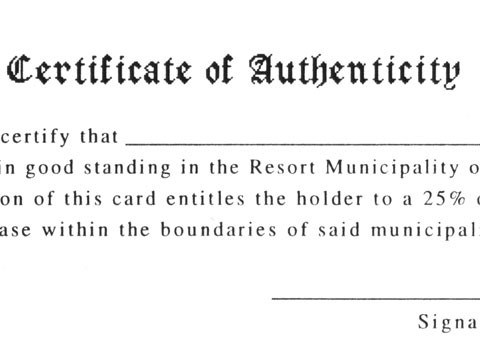 Moving to a new place is a daunting prospect. Fitting into that place is even scarier. It's like going to a cocktail party where you don't know a single person... naked. Do you stand in the corner, admiring the host's art, perusing the bookshelves, fondling the priceless tchotchkes scattered tastefully around the room? Do you scam drink after drink from the servers gliding gracefully past, stuff your face with expensive hors d'oeuvres and ultimately either pass out in the guest room or don a lampshade and shout out, "Hey everybody, let's twist!"

Or do you work the room, introduce yourself, make small talk, discover something interesting about the person you're talking to, rely on the general good nature of other people to not completely snub you, not be completely put off when they do snub you, slip a roofie in their drink to get back at them for snubbing you, thank your host and clandestinely make off with one of her Hummel tchotchkes in revenge?

Or maybe a combination of all those things?

Fortunately, or not, there are many entrances into Whistler life. We are a young town, young both in age - present company excluded - and in spirit. Whistler's even young in actual chronological time, dating only from the early 1960s in its present incarnation. And as a bustling (bristling?) resort municipality, we run on volunteerism. Hell, even a lot of the paying jobs around here seem more like volunteering than working... especially when you open your first pay slip. In short, there are lots of ways, short of lying, one can become a Whistler local.

Ours is not the small, parochial attitude of, say, outport Newfoundland or the deep South. A favourite snub in small, southern towns is referring to outsiders as, well, outsiders. This despite the fact they may have been born there but were unfortunate enough to be born to parents who came from elsewhere, the next town over, perhaps.

This propensity to brand outsiders as the "other" is captured in one of the quaint, none-too-subtle, homespun sayings popular when speaking of first-generation interlopers with questionable roots in the community. "Jus' cuz the cat had her kittens in the oven, don't make 'em biscuits."

So I'm a bit taken aback that people think it's hard to blend into Whistler. I mean, every season we embrace a new batch of instant locals, don't we? I'm not certain asking someone, "Where you from?" is a blatant attempt to exclude them or question their localness. It's what we're supposed to do in a tourist town. It's friendly. It sparks conversation. It gives us a chance to answer their reply inquiry with, "Oh, I live here." and bask in the momentary glory of knowing they wish they were us, even as they insist we clean up their child's vomit.

This is especially true, but by no means exclusively so, if the person has a non-North American accent or we see them driving erratically, in which case we just presume they're from Washington.

But the question of whether someone's a local or not has been, for as long as I've lived here, perplexing. In my first half dozen years, I used to gauge my own localness by taking Peter Vogler's Local Test. True, every year I failed it miserably but it at least pointed me on the path to becoming a true Whistleratic.

With Peter back in town - not to mention the opportunity to only write half a column this week - we've collaborated on bringing the Local Test back to life, albeit with an update or three. So, here it is. See for yourself whether you can stand up in a crowd of old locals and proudly say, "Hey, I'm a local too!"

2. If you have a season ski pass, two points. If you paid full price, deduct two points.

4. Deduct three points if you don't own a bike. Five bonus points if you ride yours all winter long, two more if you carry skis or a snowboard on it.

5. Deduct five points if you own a BMW (sorry, Bob). Add eight if you got it for under $5,000. Two bonus points if you bought it at a local garage sale.

6. Two points if you've ever smoked pot on a chairlift. Add three more if you grew it. Deduct five points if the person sitting next to you was only 15. Add one point if it was his/her joint. If this question is too hard to follow in your current state of mind, add one bonus point.

7. Add five points if you live in employee-restricted housing. Deduct 10 points - and leave town - if you rent out a suite for more than the allowed rent.

8. Deduct nine points if you drive a pickup truck with a gun rack in the back. Five more if you can't see the gun rack because the snowmobiles block it from view. Add two points if it's stolen.

9. Add a point if you swim from the Lost Lake dock. Three more if you're nekkid.

10. Give yourself three points for every child you've had in Whistler (to a maximum of 10).

11. Deduct two points if you ski on Saturday. Add two if you're paid for it.

13. Give yourself a point if you work for the muni. Give yourself five more if you've ever said, "I'd be happy to forego my raise to help balance the budget."

14. Give yourself a point for every hotel hot tub you've poached this season.

15. Give yourself a point for every letter to the editor you've had printed.

16. Add a point for every year you've lived in Whistler.

17. Three bonus points if you even know who the heck Peter Vogler is.

0-10 You probably haven't been here long enough to read this column.

11-20 You're likely a weekender, but there's a chance you're a local who's had a bad year and is driving a borrowed truck with a gun rack.

21-25 You're here for the season; enjoy it before you head back to Ontario.

31-? You're so local you've had it with this crazy place and moved away long ago.

If you scored 25 or better, you qualify for this special local's pass. Cut it out and see if any surviving merchant is crazy enough to give you 25% off.