The price of dithering?

Reading through this week's council package, three things are abundantly clear: The proposal to allow private developers to build employee beds has turned out to be as ill-advised as I thought it was when the Mayor's Task Force presented it last spri
Sep 19, 2018 6:00 PM By: G.D. Maxwell 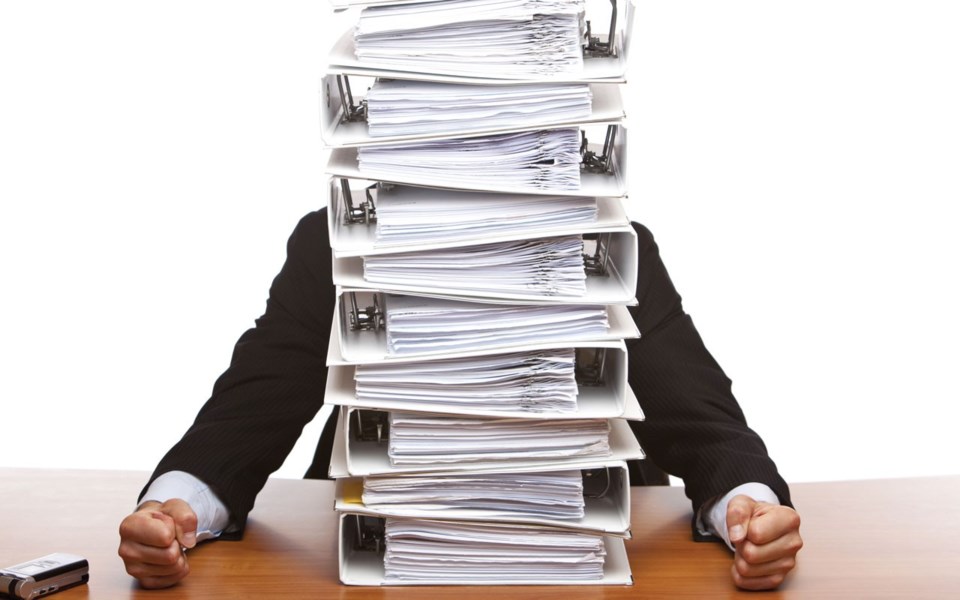 Reading through this week's council package, three things are abundantly clear: The proposal to allow private developers to build employee beds has turned out to be as ill-advised as I thought it was when the Mayor's Task Force presented it last spring. The Ministry of Transportation (provincial) considers Whistler to be little more than a highway annoyance. The RMOW absolutely needs to change the way it does business.

Since it's the easiest to fix, let's begin with the last observation. Council packages are made available online sometime Friday before the Tuesday council meeting. Council members rarely have them much earlier. The package for this week's meeting—Tuesday, September 18—was a whopping 760 pages. Not all of them were important to everyone but diligent councillors, which is, after all, what we want, need to at least familiarize themselves with everything in the package.

Council is considered a part-time job. I don't know a councillor who doesn't have a job outside council. I also don't know anyone who has the time to wade through 760 pages of, sometimes, quite technical data between Friday and Tuesday most weeks. And councillors aren't the only ones interested. Informed residents, ones who might want to ask questions at the beginning of council meetings, also have little chance of digesting so much information.

Good governance modalities demand a change in this procedure. Say, have the package available Tuesday, a week before council meetings, not Friday. Anything not ready to be disseminated to council and the public by then gets held over to a future meeting. I put it to the next council to make this change.

The oft-maligned Nordic proposal—2077 Garibaldi Way—made the cut, albeit in a slimmed down version. Now proposing two 24-unit buildings with 48 apartments, instead of 74, and asking for 144 bed units instead of 222, the proposal will still face stiff opposition from residents who thought their cul-de-sac road was a dead end, not a thoroughfare. It's not affordable, although how unaffordable it is can't be known since the rental price was redacted, as were prices for all submissions. The proponent still wants to rent it out to businesses, thus creating two classes of employees: those whose employer can or will step up to the rental plate and those who continue to cool their heels on WHA's waitlist while others step ahead of them in line. The proponent claims to be amenable to going off the waitlist but that's not what they're proposing.

The proposal for 7104 Nancy Greene Drive—the dirt lot across the highway from Nesters—is less bold than it was, neutered to meet the demands of the RMOW and now recommended. Now a four-storey building instead of five, it will provide 47 apartments, requiring 122 bed units. It now has the requisite, cookie-cutter number of parking spaces, notwithstanding being the only proposal within walking distance of Whistler Village and all amenities. The project will be offered to the WHA waitlist with certain caveats and "a few" units fast tracked to the developer's employees.

A proposal by Whistler 2010 Sport Legacies Society at 1315 Cloudburst Drive, in Cheakamus, seeks an increase in maximum gross floor area to add 24 units and 78 bed units to what is already permitted. According to the submission, the "purpose of this project is to add to the supply of affordable housing for residents, athletes and coaches wishing to reside, train and/or work within the community ..." "Like other organizations (Legacies) has felt the impact of the housing shortage with increased demand from athletes, coaches and key individuals that are required to maintain the field of play at our two Olympic venues." This proposal isn't about meeting the affordable housing needs of the community; this is about meeting the needs of the Legacies Society and shouldn't move forward.

The final recommended mini proposal is at the Whistler Mountain Ski Club cabin, requesting eight bed units in total. It too, while irrelevant in size, is self-serving. It is not available to Whistler residents but is available, "... in the first instance, for WMSC coaching staff...." It might be available in the off-season to others but has to be available to WMSC staff during the winter season. Like the Legacies proposal, this does nothing to chip away at Whistler's housing shortage.

An interesting proposal north of Rainbow was not recommended because the Ministry of Transportation (MOTI) wouldn't consider allowing access off Highway 99, leaving the project with no alternative other than routing residents through the Rainbow neighbourhood. That was unfortunate since it was the largest proposal and had the advantage of being north of the Village. Thanks, MOTI. You're all heart.

But in a twist rarely seen, council pushed back and greenlit the Rainbow proposal giving proponents 120 days to get MOTI onside. Surely this is a perfect opportunity for Whistler's post-election council to take the case to Victoria and get the ministry onboard.

Disregarding the two self-serving proposals, the only one worth considering is the apartment building across from Nesters. Close to the village, in keeping with development in the neighbourhood and proposed to be built to the highest environmental standards, it is a solid proposal, notwithstanding the likelihood of it being only somewhat affordable.

All of these recommended proposals will have to go to the public. All also underscore the travesty engineered by the RMOW and the degree to which the Mayor's Task Force seemed to be hijacked by private development interests. Instead of stonewalling the Whistler Development Corporation for the past several years—an act of arrogance that led to the resignation of the entire board in frustration—and laughably replacing that depth of talent with RMOW staff, a board with little or no development experience and paid, outside consultants, we could have had local employees already moving into more housing in Cheakamus, all at affordable rates and all off the existing waitlist.

Instead we have this pathetic offering—four recommended proposals, only one of which should be seriously considered—and we've dithered away years while interest rates were at historic lows and material and labour were much more affordable than they are right now. Well done, RMOW. Well done.