The quest for more

We want more...." Sam Gompers said that. Sam was an Englishman who learned how to make cigars and became an American, not that those two things had anything to do with each other. He also founded the American Federation of Labor, the AFL.
Aug 19, 2015 6:00 PM By: G.D. Maxwell 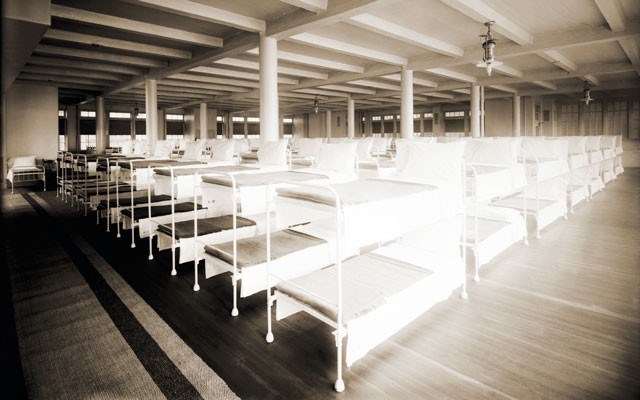 Sam Gompers said that. Sam was an Englishman who learned how to make cigars and became an American, not that those two things had anything to do with each other. He also founded the American Federation of Labor, the AFL. When asked what labour wanted, Sam's reply has, during the course of a century of history, been reduced to the quote above, "More!"

And while unions have become, for too many, a hateful, feared, despised notion, it's instructive to ponder something else Sam Gompers said. "The worst crime against working people is a company which fails to operate at a profit." He wasn't looking to put anyone out of business, just get a fairer distribution of those profits, some leisure time for workers, an end to child labour and sweatshops and an elevation of workers' standard of living.

The solutions he sought at the dawn of the 20th century weren't any easier to grapple with than those workers and business owners are struggling against in Whistler today. The main difference is that business owners are playing a weaker hand these days. Ironically, to a large extent, so are workers.

Whistler businesses — some Whistler businesses — can't find the workers they need to keep the doors open. They claim they're offering well over minimum wages, beating the bushes for workers, sweetening the pot with extras and still can't entice enough people to work for them. Many also claim workers are unreliable, don't show up for their shifts, are unwilling to put in extra hours when needed and expect far more than their businesses can give and still remain profitable.

There seems to be a lot of hand-wringing in town — from business owners, residents and workers — over what to do about the situation. Much of that seems to be focused on a shortage, real or perceived, of affordable housing. Whistler's been grappling with the issue of affordable housing for the last... let's see... on September 6th, the RMOW will celebrate its 40th anniversary... the last 50 years! Sometimes we seem to get just slightly ahead of the problem only to be steamrolled by it while we're patting ourselves on the back for licking it.

But for just a moment, let's set the issue of affordable housing aside. The real roots of our current problem — too few workerbees — are, ironically, the resort's success in its Gomperian quest for more. We built more condos, built more commercial real estate, attracted more visitors and, according to conventional wisdom, ought to be basking in the glory of more riches pouring in than we ever imagined. The only thing we don't seem to have more of is worker bees.

It's impossible to argue with anything in that sentence until you get to the word "jobs." The quality of jobs Whistler has to offer simply doesn't stand up to the quality of those other attributes. Don't believe me? Perhaps a quick look at who isn't having trouble filling its jobs would be instructive. Seen many want ads for positions in the RMOW recently? Me either. Those jobs pay well, come with good benefits, offer some career advancement opportunities and provide a work environment where employees are respected.

Compare that to your average retail or food and beverage job. Sorry, unfair comparison.

That's not to say there aren't people totally satisfied, giddy even, about their retail or F&B job. Of course there are. There are exceptional employers in both fields, jobs, especially in F&B, that provide substantial income, and workers who really don't want more career advancement opportunities. Exceptions prove the rules.

There is less chance of Whistler downsizing or right-sizing itself than there is of the Green Party being more than a spoiler in the upcoming election. The very mention of it creates explosions in the executive offices of WB and TW. In the immortal words of mothers everywhere, we made our nest, now we have to lie in it.

Which brings us around to affordable housing or, more specifically, the various calls for Whistler to build more affordable housing. There are proposals for man camps — a collection of portables sited, well, somewhere — to house seasonal workers, for subsidized rental housing, for tiny co-housing, or my favourite from years ago, rent all those houseboats from the Shuswap for the winter and put them in Alta Lake with bubblers to keep the ice away and stuff worker bees in there.

Bed cap, schmed cap! If we build it, they will come.

Whistler's inevitable crossroads has been a mirage on the shimmering horizon for decades. Build out's a'comin'. In fact, build out has come and gone several times. The target keeps getting kicked down the road, so to speak. I don't even know for sure we still have a real bed cap any more than Canada has real target for reducing greenhouse gas emissions.

But maybe it's time to revisit the concept. The initial bed cap was set way back when. It was based on an evaluation of the valley's carrying capacity and took into account such intangibles as quality of life, overcrowding, water supply and the fact there is one highway in and one highway out. After it was set, we treated it like a doddering but stern old uncle who sat in the corner and made sure we didn't have too much fun; when he wasn't paying enough attention, we built like hell and hoped it would all work out.

How much has changed since the bed cap was set? To what extent are those assumptions reflective of today's realities? What are the continuing implications of retaining the bed cap, be it real or imaginary?

Let's be honest, we're growth junkies. Have been since the beginning. For every one of us — and I include myself in this category — who think we're already too big, too crowded, too... frantic, there is someone else chanting "grow, baby, grow."

To me, two things are clear. The first is the RMOW shouldn't "do" anything about the current worker bee shortage. The second is, we need to put our big boy and girl pants on and have a real discussion about whether we're going to continue growing or find ways to live — and hopefully prosper — without our self-imposed limits to growth.

We can't continue to do both.