The quest must be for quality over quantity

October in Whistler is the month of denial. Many who call Tiny Town home deny they even live here in October.
Jan 22, 2014 8:00 PM By: G.D. Maxwell 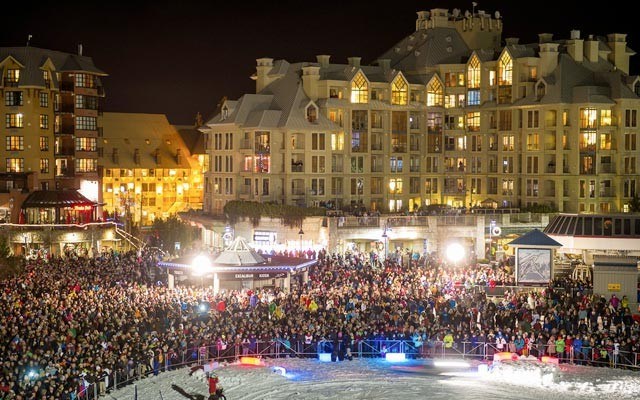 October in Whistler is the month of denial. Many who call Tiny Town home deny they even live here in October. They pack up their shorts, bikes, surfboards and other summertime accoutrements and head for warmer — dryer — climes to play a game of chicken with the drizzly shoulder season.

Those of us who stay deal with denial in the time-tested way of ski bums everywhere. We deny our concern about whether the snow will ever come. "Worried? Naw. It'll come... it always does." Meanwhile, we whistle past the graveyard of bare ground, divert our attention with late season bike rides and take heart at the faintest dusting of frost on nearby peaks.

There comes a point though, usually sometime early in November, when denial gives way to anger. "Where's the fookin' snow?!!!!!" We try to chill as best we can, not wanting our simmering vitriol to add unnecessarily to global warming. We slip back and forth between our waning denial and waxing anger. After all, if we've been around very long we have fond memories of peak to valley runs as early as the second week of November. So where's the damn snow this year?

Our anger overwhelms our rationality and we begin to draw on superstition to shape an untenable bargain with an imaginary deity. We make offerings to Ullr. We wear our lucky sox, fleece, long underwear so many days in a row it stands silent guard in the corner of the bedroom where we took it off.

And when nothing brings the snow, we slip not so silently into a mild depression. Not an I-can't-even-get-out-of-bed depression. More a, this isn't fair kind of funk.

December's cold snap helped lift our spirits as we watched the overworked snowmaking crews turn millions of gallons of water into snow so the groomers could work their magic and create ski outs where none had existed.

Christmas, and its accompanying masses — demographic, not liturgical — helped salve out battered spirits as well. After all, how depressed can you be when you're face-to-face with thousands who have braved the travails of holiday travel to find the one, perhaps two if you count skinny skiing, intensely rewarding physical challenges they came so far to enjoy were, even to the rationalizing mind, disappointing. We felt their pain. But instead of adding to ours, it kind of made us feel better, in much the same way a man with a broken leg can laugh at a slapstick scene in a movie where a guy falls off, say, a roof and breaks his leg.

With a single 50cm snowfall — the day I left town, of course — spirits were buoyed. But now we're 10 days into a forecast that looks more like it belongs in Arizona or southern California. Nothin' but sunshine and positive — occasionally even double digit — temperatures in the alpine. Worse still, it looks the same all the way to the end of January.

And so we slip, perhaps not gracefully, into the final stage, acceptance. The sun is out, there's snow to slide on, more magic was worked and there's skinny skiing around Lost Lake to take the place of trail running we can't believe we're still doing in the middle of January, and all is, if not well, at least acceptable.

Acceptable? Hell, downright ecstatic compared to many of the other western ski resorts on this continent.

How much more? A lot more.

There were times this holiday season when we were at full capacity. To meet the target, we need to be that busy the entire high seasons and way more busy during the shoulders. Which begs the question: Are we looking at the right metric?

If, as the lead story in last week's Pique suggests, we are moving the discussion of strategies to bring more tourists to town out of the boardroom of TW and into the community, may be we so bold as to challenge the assumptions?

There are a couple of historical anomalies that brought Whistler to its current built environment. They include, the resounding success of (selling) the strata hotel model to eager investors, the development rights granted to the province as the quid pro quo for bailing the town out in the early 1980s, and the decision of a previous council to deal with all Intrawest Creekside (and south) development at once.

Those things, and some straight-line extrapolation thinking when visits were rising rapidly, led to an overbuilt environment — too many resort beds to fill. Investors were, let's not mince words, duped by developers and salespeople throwing around pro formas that lived up to their name, which, in Latin, loosely translates into wild ass guess.

Instead of building a resort the size we needed, we got a resort far larger than necessary, kind of like B.C. Transit's garage mahal. The developers cashed out; their profit was assured before they ever started construction. The investors got stuck. And the town now has to hustle and embrace growth just to fill an arbitrary target.

Does this make sense?

If 60 per cent is the Holy Grail we can reach that over night by removing units from what we count as resort beds. QED.

But that's both difficult and unthinkable when the only solution we're willing to consider is more visitors, more amusements, more development and endless growth.

OK, maybe I'm wrong to bring it up. But if the only tool in our toolbox is growth, what happens when we reach our mythical buildout? If growth has always been our go-to option, what will we go to when it's no longer available?

Sadly, I fear it will always be our go-to option. Unless, of course, TW, WB, and the RMOW would like to engage with partners other than the business community and begin the hard work on how we become a mature resort community that embraces quality over quantity.