The skinny on fatism

Being predominately a Whistler audience — ever optimistic, I presume an audience — you may be forgiven for not noticing the single most threatening scourge currently facing planet Earth.
Aug 3, 2007 8:58 AM By: G.D. Maxwell 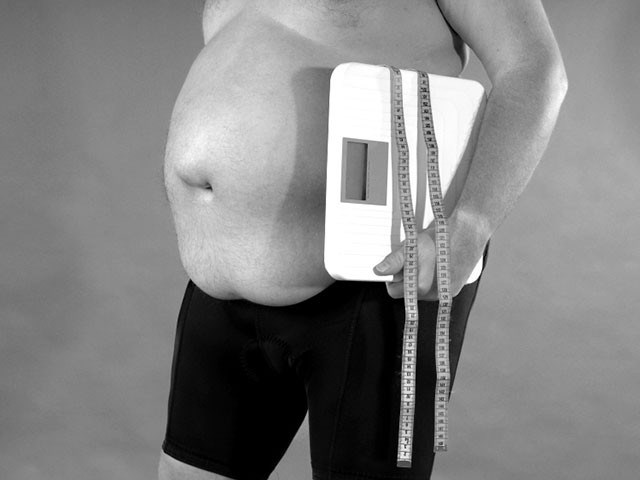 Being predominately a Whistler audience — ever optimistic, I presume an audience — you may be forgiven for not noticing the single most threatening scourge currently facing planet Earth. No, it’s not climate change, terrorism, the frustratingly elusive Quest for Sustainability, cross-border shopping or the Harper Conservatives. It’s the OBESITY EPIDEMIC!

Obesity and epidemic have become so inexorably linked, like drug warlord or political pundit, that they should actually be one word: obesityepidemic. While epidemic still retains an independent vitality and can successfully be linked with other words, obesity is quickly losing the ability to stand alone. Come to think of it, those swept up in the obesityepidemic are also quickly losing the ability to stand alone. But that’s neither here nor there. It was, however, a cheap fat joke.

And that’s the cool thing about the obesityepidemic — you can make jokes at its expanse. That’s because fatism hasn’t been outlawed by the Charter of Rights and Freedoms. Au contraire, mon cher. Fatism has, in fact, grown in lockstep with the obesityepidemic and shall forever continue to do so, thereby defying what one might think of as the will of the majority. Those caught up in the obesityepidemic aren’t yet a majority but their ranks are quickly swelling — my god man, have you no shame — toward that magic number of 50.1 per cent.

What’s worse, for some observers, obese is becoming mainstream, coming out of the walk-in closet so to speak.

Obesity, unlike leprosy, is hard to disguise. Black isn’t as slimming as you might imagine. Nonetheless, until recently the obesityepidemic was relegated to reality as opposed to reality television. If you wanted to see really obese people, you had to turn off your TV and go outside.

But now, apparently, obese people are showing up on mainstream television. That is to say, they’re appearing on commercials as opposed to being the butt of fat humour on sitcoms. I don’t know that for a fact, since I always assumed remote controls were specifically designed to deliver us from commercials, but I have it on good authority.

Dick Cavett told me so. For those of you who have never heard of him, and for those of you who share my sketchy ’60s memory, Dick Cavett used to host a cerebral talkshow on U.S. public television. The several dozen people who regularly watched him loved him. He was witty and intellectual and rarely fawned over his celebrity guests, Katherine Hepburn being the notable exception.

Dick writes a blogish thing for the New York Times and last week waded into what many readers considered fat bashing, unflatteringly comparing obese people with Klansmen, Nazis, mafiosi and Strasbourg geese, from whence we get pate de fois gras. The appearance of obese people shilling for purveyors of consumer goods had, he opined, “gotten out of hand.” He suggested employing such “heavily larded” actors conveyed the not-so-subliminal message that fat is OK and that obese people deserve representation on the shrine of mass communication, an idea he found appalling.

The several hundred responses to his call for showing fatties the quick dissolve were evenly split between those who thought it was about time for some skinny, old white man to point out obvious dangers of promoting positive body image among those with so much to image, and those who thought he’d crossed the line into unconscionable fat-bashing.

So I wrote Dick to see if he’d become the official spokesskinny for the Fat for Oil Die Et. I’m waiting to hear back… but I’m not holding my breath.

Dick’s problem with fat people, who he variously refers to as a “herd of heifers” and the “size of the Hindenburg”, is health related. Or so he says. Citing several forms of cancer, joint damage, heart attack, stroke, diabetes and sleep apnea, Dick was clearly only looking out for obese folks’ best interests. Well, that and avoiding the coming bankruptcy outsized people will lay on the healthcare system, such as it is in the U.S.

While the threat to universal healthcare may be even larger in Canada, I’m not convinced that’s really Dick’s — and most other fatophobes — worry. I think he’s just uncomfortable seeing fat people. It’s time he came out of his own closet.

After all, healthcare dollars are really just the tip of the fat iceberg. Larger people equal larger houses, larger cars, larger airplane seats, larger and more robust furniture, more demands on modern agriculture, etc. All that adds up to a looming snowball effect that, in the end, means only one thing: Greater and greater energy demands. Fat = Oil. Clearly, even the wealth of the first world can’t support a majority of its population joining the obesityepidemic.

It’s becoming clearer and clearer each day we can’t idly sit by and allow the obese among us to reach majority status. Hence the Fat for Oil Die Et. The idea’s simple, really. We end the suffering and self-loathing of the morbidly obese by hastening their morbidity through a feel-good-about-yourself social program that encourages them to eat themselves to death, on the one hand, while denying them the medical care their growing health problems require on the other. Their ultimate contribution to society will be, of course, being rendered into oil which will, in turn, neuter the power and wealth of the Islamo-Fascist oil-producing countries of the Middle East and leave the world safe for skinny, old white men who can’t stand the sight of big-boned gals and guys.

It’s all so simple.

I sent Dick a sample of the FODE ribbon I propose, no social movement being complete without one these days. Mottled, yellow globules grace an all-white background. The accompanying magnetic bumper-ribbon is festooned with the words: Freedom Through Fat.

But if you prefer to overcome your prejudices instead of letting them play you for a sucker, I’d suggest a good place to start is Dusty’s this weekend. For the sixth year, Dusty’s will host the Canadian National Barbecue Championships and a raft of other delicious competitions involving smoke, heat, fat meat and delicious results.

To paraphrase what Tony Wayland said to Paul Street as the three of us rolled into Kansas City a number of years ago on our BBQ tour though, “You will see fat people here.” And you know, if you take the time to talk to them and get over your own fat prejudices, you just might discover they’re interesting, intelligent and a whole lot like you and me… only more so.