Sometimes I wonder whether people who have never been here believe me when I tell them what this place is like.
Jan 30, 2013 8:00 PM By: G.D. Maxwell 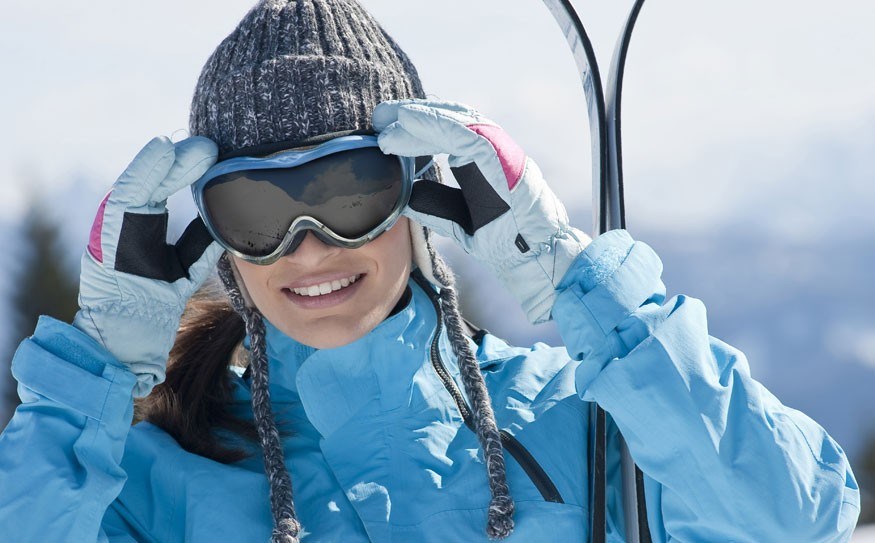 Sometimes I wonder whether people who have never been here believe me when I tell them what this place is like. Who can blame them?

I live in a town of about 10,000 people that, on a holiday weekend during the winter or a festive weekend during the summer, may swell to somewhere around 50,000. That's because quite a few other people like to come here to play, get away from wherever they live, or just hang out in the mountains.

So, what's there to do here? Well, in summer, we have five lakes in the valley, all within walking or biking distance, all swimmable... more or less. As long as you're not smitten with big, powerful ski boats or personal watercrap, you can do all the lake things you can think of on them.

You can walk any direction and before long, you'll come to a hiking/biking trail that'll connect with another trail, then another trail and pretty soon you'll be caught in a spiderweb of trails you can spend most of your life exploring. Most will head up a mountain since we're surrounded by mountains. Bonus though, most are downhill coming back.

If elevation gain isn't your thing, you can walk or bike or skate a paved trail from one end of the valley to the other. Have I mentioned that everything I've talked about so far doesn't cost a penny, which, by the way, will cease to exist in another week? Nickel for your thoughts?

Of course, if you want to spend money, you can do that... easily. There are some wonderfully infuriating golf courses, two mountains full of highly developed ways to amuse, thrill and, if you're not careful, hurt yourself. There are patios galore, sometimes even in the sun, great places to eat and drink and watch the parade of humanity wander aimlessly by. There are galleries to raise your brow and street entertainment, notwithstanding there aren't really any streets to speak of.

The town's populated with generally well-educated under-achievers. So few people move here to climb the corporate ladder even those who do call themselves the exceptions that prove the rule. Most people work enough to get by and given a choice of making more money or having more free time, will take the free time, thank you.

Before I ever came here to ski, I wondered if I was up to the challenge. Turns out I wasn't, but that's another story. And ever since I moved here, I've been awestruck by the wonder of this town, these mountains, this lifestyle.

So it came as no surprise to me that Whistler Blackcomb — affectionately referred to as the MotherCorp — finally hit on selling the wonder of it all this year. Yes, this is the Wonder Year.

We have been amused by the Wonder Reels, a serialized Ode to the wonder of it all, Your Wonders, reminiscences of visitors' wonderful time in Wonderland, available sometimes on the MotherCorp's website. And, perhaps best of all, The Wonder Routes.

Perhaps borrowing a page from Kevin Hodder and Brian Finestone's fine guidebooks to skiing Whistler and Blackcomb, the MotherCorp has strung together a self-guided sequence of peaks and runs to inspire awe, strike wonder and leave otherwise lost visitors found, as in dumbfounded.

There are six Wonder Routes, some in the alpine, some mid-mountain. Every single one of them is worth the time it takes to figure out where they are and where they go on a trail map often described as an exercise in sensory overload. But uncharacteristically — uncharacteristically for a marketing strategy — they don't go far enough. I mean, this is a really good idea and I feel it's incumbent on us, okay, incumbent on me, to exploit it to its fullest potential. So I will.

Route 7 has been called a side trip of Route 1, the Top of the World Route. You can experience Route 7 at the top of Whistler Bowl, the entrances to the Horseshoes at Harmony, the Coulior and top of Spanky's on Blackcomb, and any number of other locations on both mountains where you will find skiers and boarders in woefully over their heads. The route is marked by people clogging those entrances wondering, well, what the f@&k they're doing there. Do not try to hurry them along and do not be put off by the unusual sounds emmanating from them, part knocking knees, part whimpering. Just go around.

Route 8: Wonder Where I Am Route.

Route 8 takes into consideration virtually every one of the 8,100+ acres on both mountains and is most frequently experienced during periods of weather marked by what we like to call variable visibility and what pilots like to call whiteout. Basic laws of physics are suspended on Route 8, up is difficult to tell from down but here's a hint: down is where you land when you inevitably lose perspective and fall. Gravity still works, it just seems weird.

Route 9: Wonder Where This Goes Route.

Route 9 has nothing to do with visibility and everything to do with boundary ropes. Oh, those tracks in that fresh snow look soooo inviting. Hey, those guys must have known where they were going. What could go wrong? I won't tell you where Route 9 goes because if you're dumb enough to take it, you don't really care. I will suggest you be kind to whoever rescues you and make a generous contribution to their efforts. You won't be the last to travel Route 9.

Route 10: Wonder Why We Didn't Put the Kids in Ski School Route.

Exclusively travelled by those visiting the resort en famile, Route 10 is frequented by the foolishly thrifty, those who fail to plan ahead and those who still believe The Waltons was about a real family. You can see them all over both mountains pretending they're having fun and mustering every ounce of strength to keep from throttling their offspring. Trust me, you do not want to be on Route 10.

Route 11: Wonder Why It Looks So Easy in the Movies Route.

Generally, but not exclusively followed by males, age 16-27, Route 11 begins at the top of any exposed feature on the mountains and involves air time, a GoPro, a friend filming from a downslope angle and is often preceded by the phrase, "Are you watching?" Regardless of where it begins, Route 11 frequently ends at the Whistler Health Care Centre. The good news is, you can watch the parts you missed on YouTube.

There are maybe half a dozen other Wonder Routes I could share with you but this is both a start and probably enough to get me in hot water so if you want to find out what the others are, stop by Dusty's and I'll share more of the wonder of it all with you.