This election, vote with your conscience

The real Aladdin , if I can call a fictional character real, had both a magic ring and a magic lamp. The real Aladdin was not a character from one of the stories in the original, Arabic The Book of One Thousand and One Nights .
Sep 26, 2019 12:30 AM By: G.D. Maxwell 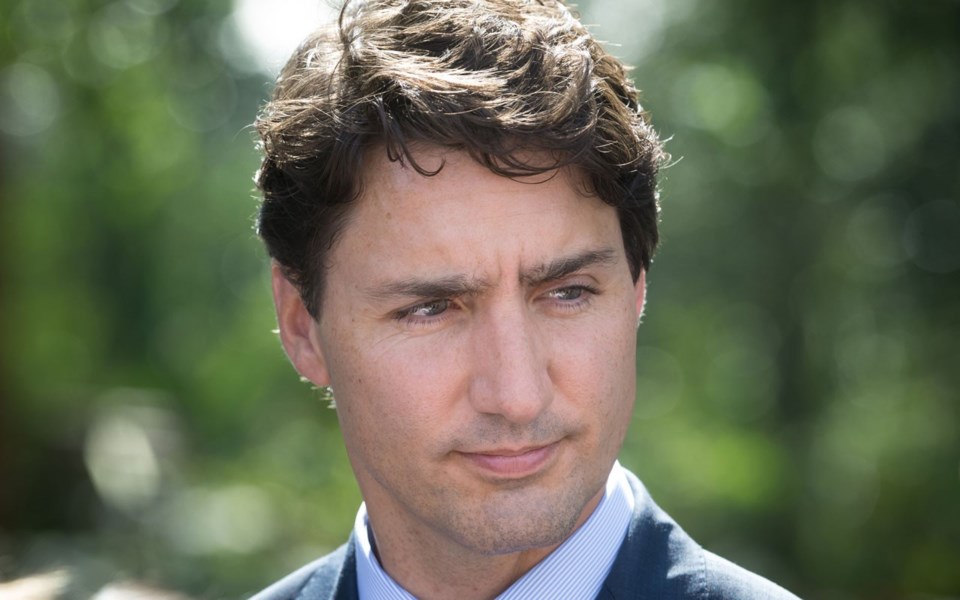 The real Aladdin, if I can call a fictional character real, had both a magic ring and a magic lamp. The real Aladdin was not a character from one of the stories in the original, Arabic The Book of One Thousand and One Nights. He was, along with the tale of Ali Baba, parachuted into the book in the 18th century French translation and his story became the one most associated with the book. A carpetbagger more than a carpet flyer.

There is some confusion as to whether Aladdin's origins were Arabic or Chinese but that's an argument I'll leave for others, saying only that we can probably be glad our costume-happy Prime Minister didn't choose to depict him with yellowish makeup and, as Tommy Chong called them, "Chinese eyes, man." Canada is already having enough problems with its relationship with China.

I never saw Disney's version of Aladdin and don't know what liberties the saccharine hit studio took with the story. But the Coles Notes version tells of a very impoverished Aladdin being hoodwinked by an evil sorcerer to enter a booby-trapped cave to spirit away a magic oil lamp. The sorcerer was kind enough to lend him a magic ring to aid in his quest and it was the inadvertent rubbing of his hands, and therefore the ring and its genie, that got him and the lamp released from captivity. When his mama polished the lamp to sell, Poof! a much more powerful genie appeared and the rest is history ... er, fiction.

From all appearances, it seems as though the leaders of each of the parties pandering for votes in our upcoming federal election believe they too have a magic lamp and a powerful genie. A genie that can overcome the oppressive clauses of the Canadian Constitution and Charter of Rights and Freedoms and the unpopular decisions of the highest court in the land. A genie that can make the provincial premiers all join hands with the federal government and break into a rousing chorus of, "I'd Like to Teach the World to Sing" or perhaps "Kumbaya." A genie that will pay for drugs, education, unlimited access to health care, infrastructure improvements, middle-class tax breaks, green energy, carbon neutrality and an open, but limited, immigration system that won't cost existing Canadians a penny.

There's a bit more than three weeks until voting day and if you, like so many Canadians from sea to sea to sea, are feeling a little ambivalent about the prospects, take heart. Ambivalence is the touchstone of this election. Unfortunately, ambivalence is also the fertile soil in which populist movements take root and grow and the apathetic malaise that gives the gun lobby enough power to thwart the desire of three-quarters of Canadians to at least keep assault rifles south of the border.

So, what's a civic-minded, albeit cynical, voter to do come October 21?

Damned if I know.

The Liberals are the devil we know this time around. In the weeks after the 2015 election, a wise person wrote these words to Aladdin "Satchmo" Trudeau.

"You bear the title, Prime Minister, and you wield the power of the office but make no mistake, the real winner of Monday's election was Anybody, as in Anybody But Harper. Many of the votes that put you at the head of a majority government were cast for Anybody, not somebody, not you."

OK, I won't keep you in suspense; I wrote those words, not some wise person.

But JT chose to ignore them. There are many good reasons to not gift him your vote this time around. Buying a pipeline, electoral reform, military vehicles to the Saudis, SNC Lavalin ... a seemingly endless list. There are other reasons to vote for him. But one reason that probably shouldn't sway your vote one way or the other is the current outrage over his incredibly dumb, insensitive, embarrassing blackface incidents. None of us, assuming we have grown over the years, are what we were when we were younger and more sure we knew everything there was to know. All of us should be judged by the person we are, not the person we were, the actions we take today, not the incidents of yesterday. Even in the Age of Peak Outrage. 'Nuff said.

In that light, Andrew Scheer should not be considered a homophobic right-to-lifer. He may be but I'd rather take the man at his current word, not the ones from over a decade ago. We grow, albeit in different directions.

The West Vancouver—Sunshine Coast—Sea to Sky Country riding in which we live and vote is not a swing riding. It has a long history of sending a Conservative—notwithstanding John Reynolds' Reform and Alliance affiliation, nor Blair Wilson's defection—or Liberal MP to parliament. Chances are it will again this time. That's largely because of the weight West Vancouver swings because of its population.

So, on the one hand, if you're inclined to vote strategically, you might decide voting for either the Liberal or Conservative candidate makes sense ... to keep the other out.

But this election might just be the best in a long time to vote your conscience. Strategically voting Liberal last time around was imperative if you fell into the Stop Harper camp. After all, the Liberals had to worry about splitting left-of-centre votes with both the NDP and Green parties while the Conservatives were united.

But this time around, with a leader many consider tepid, the Conservatives will bleed voters who don't believe they're conservative enough or who have a populist bent to the Peoples' Party of Canada. The playing field is level in our riding as it is, collectively, across the country.

So bone up on the platforms of the various parties. If you feel strongly about one or the other, give 'er. Vote Green, NDP, PPC, Conservative or Liberal with a clear conscience. Every vote for the smaller parties sends a message to whomever wins. It also sets up the very real possibility of a minority government that has to find a way to work with those parties and embrace whatever part of their platforms they can.

Interesting? Hell yes. Messy? You bet. The only game in town? Absolutely.