In the Age of COVID, all travel is local. New rules being promulgated for air travel seem destined to render it about as appealing as fourth-day turkey dinner leftovers.
Jun 18, 2020 12:00 AM By: G.D. Maxwell 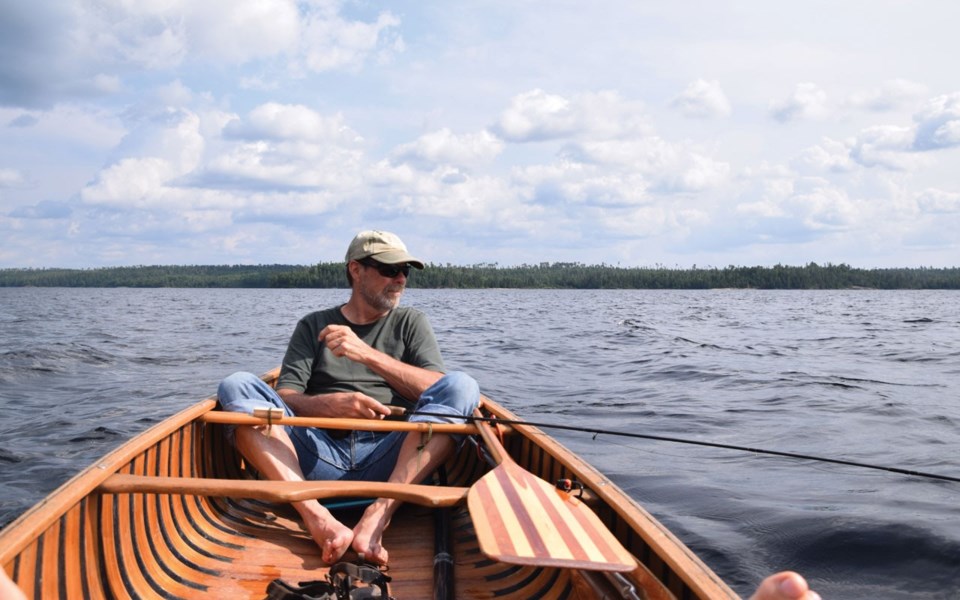 In the Age of COVID, all travel is local. New rules being promulgated for air travel seem destined to render it about as appealing as fourth-day turkey dinner leftovers. So what better time to turn inwards and seek an uplifting travel experience closer to home? Unless you're a unshakable urbanite who gets all jelly-kneed at the thought of rambling around museums and shopping districts, what better travel experience than the wilderness that forged your Canadian character?

About nine hours door-to-door, if your door happens to be in Whistler, sits one of the wonders of the canoe world. Forming a nearly perfect geometric parallelogram, the 12 lakes of Bowron Provincial Park offer a ne plus ultra for anyone who has ever paddled a canoe for more than a couple of hours and mastered basic camping skills.

Unlike so many places you can wet a canoe, Bowron's full circuit is a, well, a circuit, not an out-and-back. Covering 116 kilometres from start to finish, the route has a mercifully short 9 km of portages. Unmercifully, fully 2.5 km are hiked before you ever wet a paddle and while you're carrying your full weight of gear and food. Oh, and half that distance is gently uphill!

Tucked into a geological curiosity in the Cariboo Mountains, 115 km east of Quesnel, Bowron is a destination canoeing experience. It's known around the world as evidenced by the scope of languages you generally (though not this year) hear on the circuit.

The lakes are as varied as the pothole-like Kibbee and Unna to the seemingly endless fjord of Isaac's long arm and majestic Swan. Paddling the circuit, the topography changes from the breathtaking western slopes of the Cariboo Mountains that seem to rise nearly vertically from shore to the rounded hills of the Quesnel Highlands and the almost park-like finish of Bowron Lake.

Notwithstanding resident populations of moose, black bears and grizzly bears, it is fair to call Bowron wilderness-lite. Portage trails are well marked, albeit some are frequently quagmires of mud. Most visitors rent wheels for their canoes to make the portages in a single trip. There are food caches at both ends of portages and in every campsite, along with pit toilets, fire rings and tent pads, camping is only allowed at the campsites and the number of parties setting out each day are limited.

Other than the usual caution necessary when travelling in bear country, there are only two major wilderness hazards campers need to heed at Bowron. While the lakes can be glassy calm—and I've had the great good fortune to paddle right down the middle of Isaac's long arm—they can also whip of a maelstrom of whitecaps in the blink of an eye, another experience I've had on Isaac. Depending on your ability and weather, keeping a few paddle strokes from the shore is a good idea.

The other hazard is, perhaps less obvious. By the time you reach the end of Isaac Lake, you are several days' travel back to what passes for civilization. A momentary lapse of attention or judgment with, say, an axe, a knife, fire or capsize can prove to be deadly, notwithstanding several satellite telephones scattered around the park.

Bowron recharges your soul. It's got everything: magnificent lakes, imposing mountains, a full menu of wildlife and enough tranquility to hold you until your next holiday. I've paddled it half a dozen times, in stunning weather and wretched weather. I'll paddle it again, I'm sure.

At the other end of the canoe trip spectrum—albeit still not terribly technical—is the history-rich Yukon River trip from Whitehorse to Dawson City. Following the path of gold-seeking sourdoughs, the 735-km sojourn is a solid three-day drive from Whistler and puts you on the river for anywhere between seven and 16 days.

This may be a good point to talk about trip planning. Two days after filing my column in early September last year, my Wonderful Wife and I were sitting on the eastern shore of the Yukon, having managed the paddle across Lake Laberge in a single day due to fine weather and a trailing wind. In that column, I pegged the river part of the trip to Dawson at 320 km. I'm not sure where that number came from and was startled when told, over cocktails while watching a gray wolf frolic on the opposite shore, the distance left to paddle was more like 700 km!

WW was worried there might have been other details I'd overlooked. I was indifferent. I knew for sure we had enough food for 18 days. I knew the river only flowed in one direction and Dawson was downstream. I knew we had a very good, detailed map of the river. And I knew I didn't really care how far it was because we had a forecast of sunny weather for at least five days, we had the river pretty much to ourselves and it was something I'd dreamed of doing for decades. Who cared how far it was? Not me.

Paddling the Yukon is the antithesis of paddling Bowron. There are no campsites. Zero. You camp where you can and not infrequently, where you can is limited by steep, high cutbanks and dense understory growth. There are no facilities, although there are a couple of towns along the way if things get desperate.

What there is is history, tranquility, water flowing at a brisk rate—easing the aches of paddling that far—rich wildlife and plenty of time to enjoy the solitude.

There are also two "rapids."

Five-Finger is the most storied of the two. Coming around a bend, before which you can hear the moving water, you're faced with four rocky islets weaving the water into five channels. Stay right, east.

I'd been awaiting this moment with great anticipation. Heck, I'd even put on my PFD for this and kneeled down in the canoe. As the water squeezed between the two sets of rock walls, a clear chevroned passage was the only path. It was over before it began. As rapids go, Five Fingers is all foreplay and no sex. The thrill was in the anticipation.

The highlight of the trip was hearing and seeing tens of thousands of sandhill cranes flying overhead from their Arctic summer grounds. They were endless and mesmerizing.

You can do either of these trips solo or fully catered, full length or partial, your preference. Both reconnect you to an older, wilder part of the Canadian experience. Both put your butt in a canoe seat for an extended period. Both make you forget pandemics and politics. Both deserve more words than I've given them. Either will make you a better person.