I have, I believe , a well-documented phobia about Christmas Carols. Many of them contain messages that trouble me. Some still give me the occasional recurring nightmare.
Dec 11, 2019 11:15 PM By: G.D. Maxwell 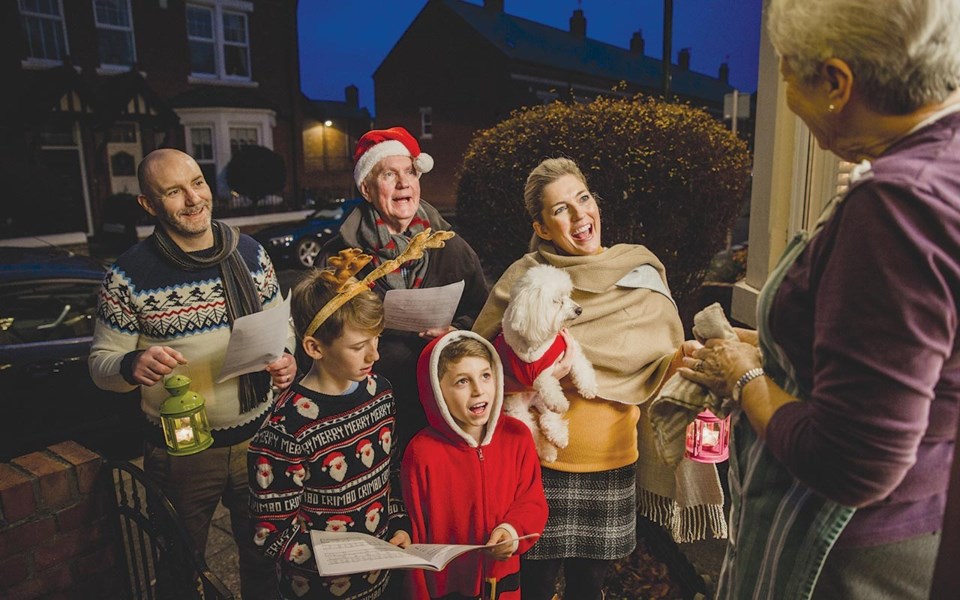 I have, I believe, a well-documented phobia about Christmas Carols. Many of them contain messages that trouble me. Some still give me the occasional recurring nightmare. Quite a few make me twitch with classic symptoms of a torture survivor, largely because they've been drilled into my brain with enough frequency to create disturbing, repressed memories.

Other than the fact they were everywhere in the public airspace from mid-to-late November until New Year's Day, I could, as an adult, avoid them by just staying home. Home was a carol-free zone and I spent many blissful holiday seasons with nothing but jazz, classical and rock as my soundtrack.

That ended when I married my Wonderful Wife. She loves Christmas carols. And all things Christmas. Being a supportive, understanding kind of guy—no, really—my iTunes now contains about one thousand Christmas songs. Of course there aren't one thousand individual Christmas songs, but there are several thousand versions of the same songs out there in the Christmas-carol universe and many, many of them live on my computer.

My sanity clause is an agreement they can't be played until Dec. 1st and are banished shortly after the 25th.

But today I am here to, well, if not sing the praises of Christmas carols, at least give them a hearty defence. Why? Not, I assure you, because of any growing fondness of the genre. It's because they have come under such absurd attacks by various National Victimhood Associations for their inherent political incorrectness that I derive a certain twisted pleasure just knowing they make overly sensitive people even more uncomfortable than they make me.

Early salvos against the insensitivity of carols were launched by the Take Christ Out of Christmas movement. Unchristian soldiers, those who worship a different imaginary deity or none at all, felt somehow oppressed that an obviously commercial holiday created by the Coca-Cola company should have such Judeo-Christian themes. It did not matter to them that taking Christ out of Christmas only left you with "mas" and etymologically speaking, the use of the word—old English for celebration—hit its peak in 1730 and is virtually extinct as a stand-alone word today, except in Spanish, a language in which más means more, as in, Más cerveza, por favor.

We witnessed what I thought was peak absurdity last year when the All Sex is Rape Coalition hectored the CBC—ever watchful for yet another compelling victim—and others until they banned, temporarily, "Baby It's Cold Outside" from their playlists. The song, an obviously plaintive cry for sexual liberation by a societally repressed aroused woman, was somehow twisted into a predatory tune about a loathsome lout slipping a date rape drug into an unwilling woman's drink. Unexpectedly, cooler heads prevailed and the song was back in rotation within a week. And if you'd like to see a realistic, 21st-century version I'd suggest you YouTube Lady Gaga and Joseph Gordon-Levitt's duet.

As usual, I was wrong thinking that effort would dampen the spirits of the PC crowd. Various media blossom with screeds against any number of Christmas carols. None are spared; none are safe. A sample herewith: Unquestionably topping the list is, for obvious reasons, "White Christmas." Is any explanation really necessary? The song title alone invokes the ghost of Bing Crosby whose crooned rendition and eponymous movie is white as white can be. The only thing whiter than the fake snow in the film is the cast. Yet, yet ... a sampling of the two dozen versions of the song I have include performances by The Supremes, Otis Redding, Mahalia Jackson, Louis Armstrong, Ella Fitzgerald, Hadda Brooks and Nat King Cole. Stockholm syndrome? You decide.

"Deck the Halls" manages, ironically, to draw the ire of almost everyone. The offending line, "don we now our gay apparel," is both celebrated and reviled by a segment of the LGBTQ community. Use of the word gay in any context offends many conservatives. Liberals are offended that anyone would think gay apparel even exists. Linguists are saddened the word gay has been hijacked and now has only one meaning. And lyricists chaff at the fa la la la la ad infinitum of the lyrics. I believe this could all be overcome if, instead, we donned our ugly Christmas sweaters, although fashionistas might get their noses out of joint.

A number of songs, among them, "I'll Be Home for Christmas", "It's the Most Wonderful Time of the Year", "The Christmas Song" and "Have Yourself a Merry Little Christmas" are considered offensive to anyone suffering from depression, orphans, those who have recently lost loved ones and people who don't think chestnuts are really edible. Each in its own way describes the warmth of home and family, friends and relations, as fundamental to enjoying the holidays. They are, in a word, insensitive and should, therefore, not be played unless listeners are piping them directly into their brain through earbuds.

The "Twelve Days of Christmas" is considered a cruel and unfeeling song by the National Association of Head Injury Victims (NAHIV). It is at least eight days too long, unnecessarily repetitive and fails to explain what a partridge is doing in a pear tree in the middle of winter. It is also under siege for copyright infringement by the International Olympic Committee which believes it has an absolute monopoly on five golden rings. I stand in solidarity with the NAHIV and challenge anyone to recite all 12 days of nonsense without looking it up.

The International AIDS Foundation has roundly criticized Clarence Carter's "Back Door Santa" for its salacious content and glorification of casual sex. If you're not familiar with it, the protagonist, Back Door Santa makes his "rounds" about the break of day, makes all the little girls happy while the boys are out to play. He bribes children to get them out of the way ... I'll spare you the rest of the gruesome details. Needless to say, we can only hope Back Door Santa is taking precautions.

No group I'm aware of has a hate on for "Little Drummer Boy." I'm guessing there is some low-level grousing about not having a little drummer girl, or grrl, but despite that it's on my list because it is the one carol I despise to the very core of my existence. Whenever it comes on I turn it off or, in public, leave the building, fingers in ears, humming loudly. I don't know why I hate it but I don't need to know.

So have a tuneful holiday. Listen to what you like knowing someone somewhere is offended and would like to see it banned. It makes it that much sweeter. Fa la la la la.