There have been a number of times since late 2015 when I've thought Justin Trudeau and his team have acted unwisely. Some times even dishonestly.
Feb 21, 2018 5:00 PM By: G.D. Maxwell 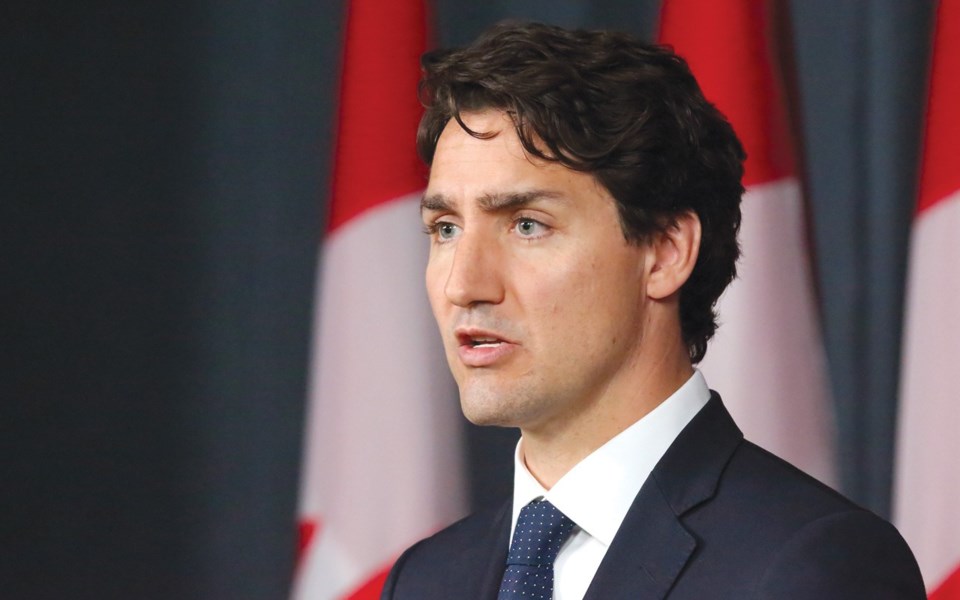 There have been a number of times since late 2015 when I've thought Justin Trudeau and his team have acted unwisely. Some times even dishonestly. Like hiding behind the former Conservative government and approving sending armoured vehicles to Saudi Arabia. Or walking away from his promise to replace the electoral system that brought him into power.

But I never thought he would stoop to the level of Trumpian politics. Until now.

The decision of 12 jurors in Saskatchewan to find Gerald Stanley not guilty of either second degree murder or manslaughter in the killing of Colten Boushie has caused outrage across the country. There are many people who have protested the verdict. Much has been written about it and the process by which it was reached. Much of that has been ill-informed. But nothing wrong with that. Everybody — well, almost everybody — is entitled to their opinion and entitled to act on it or write about it. Otherwise, I'd be out of a job.

But it's not OK for the Prime Minister, the Minister of Justice, the Minister of Indigenous Services, or anyone else in the executive to opine on the quality of justice meted out by courts that have followed the rule of law as it currently exists. The statements of all three have crossed that Trumpian line. You know the one.

They have pandered to popular outrage. They have crossed a line that should not be crossed by anyone holding their office or portfolio. They have as much as accused the jurors — who are proscribed from defending their decision — of racism in reaching their verdict. They should apologize to them and to the country.

It's both understandable and excusable for people to be relatively ignorant of the criminal justice system. After all, most of us are fortunate enough to go through life without ever being caught up in it. But Jody Wilson-Raybould is a lawyer and should know better. And any cabinet minister should know enough to avoid commenting on the outcome of a criminal case.

Having had the experience of a number of criminal trials, as spectator and defence counsel, the first lesson I learned is if you haven't listened — and watched — every word of testimony, seen every exhibit of admissible evidence, heard prosecution and defence arguments and listened to instructions from the judge, any opinion you have about the outcome is an opinion reached in ignorance.

The decision in the Stanley case is no different for having been shadowed by accusations of racism.

Jurors in Saskatchewan are selected randomly using the database of the provincial Ministry of Health. Anyone over the age of 18 with a health services number — which is virtually everyone — living within the judicial district where the trial takes place is liable to be called for jury duty. Health records are the most comprehensive database available, ensuring all have a chance of being called.

The jury pool in the Stanley case consisted of 45 names. Of those, it has been reported that five appeared to be Indigenous. All five were dismissed when Stanley's counsel used their allotted preemptory challenges. Therein lies the basis for crying racism.

Preemptory challenges date to Roman times. The idea behind them, ironically, is to help weed out bias in jury selection. While both sides in a criminal case have unlimited challenges for cause, proving cause during voir dire — the stage of jury selection where counsel for both sides have the opportunity to question potential jurors to weed out bias or determine a predisposition to one side or the other — proving bias can often be impossible. Few people openly admit their bias when questioned.

Increasingly though, that concept has been given over to the notion of the individual victim of the crime. It began with a concerted movement to allow victims — broadly defined to include family members — to have their say in sentencing hearings and has been expanded over the ensuing years. Whether victim impact statements are good or bad for the system of criminal justice is an ongoing debate.

The more fundamental threat to justice, however, is arguably the increasingly polarized, politicized populace. "Justice" is, in the legal system, a term of art. If a trial is conducted fairly — fairly being defined as both parties having competent legal representation and the various rules of law and evidence being followed — the outcome is justice. Whether the outcome is just or not, which is to say correct, is irrelevant. Justice has been served; justice has been meted out.

In Canada, criminal cases must be proved, by the prosecution, beyond a reasonable doubt. Jury decisions must be unanimous. Juries do not find the accused "innocent." They find those accused of crimes either guilty or not guilty. Not guilty does not mean innocent. It means the prosecution failed to convince a judge or jury of guilt beyond a reasonable doubt.

So the question arises whether in an increasingly polarized, even tribal society, such unanimity is likely to be an ever-elusive goal. The lack of inclusion, belief in fairness and open-mindedness are far greater threats to real justice than the continuation, or lack thereof, of preemptory challenges.

What I think of the Stanley decision is subordinate to what I think about the criminal justice system. I wasn't there. I didn't hear the evidence. Neither did the Prime Minister or any of his cabinet. But the fastest way to undermine the very concept of justice and the ability of the Canadian judicial system to achieve that goal is to call into question the fundamental fairness of that system.

Improve it if it needs improving but don't fall into the populist trap of denigrating it. That road leads to far greater injustice than any individual verdict.