Vampire or Zombie... you decide

Frankly I'm perplexed. Puzzled. Mystified. Try as I might, I just can't choose an answer. I've winnowed the possibilities down to two but as soon as I pick one, I start thinking the other might be better.
Aug 22, 2012 9:00 PM By: G.D. Maxwell 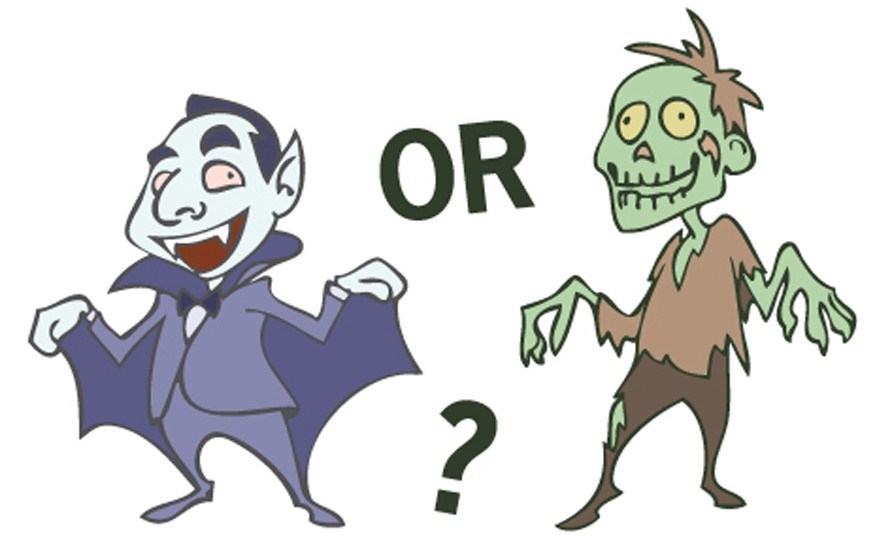 Frankly I'm perplexed. Puzzled. Mystified. Try as I might, I just can't choose an answer. I've winnowed the possibilities down to two but as soon as I pick one, I start thinking the other might be better.

I've come to the conclusion you should decide. Yes, you; the collective and individual community of true-blue Whistleratics. After all, who more than you know most about our happy mountain home?

The question? Is Whistler Sport Legacies (WSL) in general, and the Whistler Sliding Centre (White Elephant) in particular, more like a vampire or a zombie?

Vampires, as we all know, are a subset of the Living Dead. They rise from their coffins, and restlessly roam the night, sucking the blood from unsuspecting sleeping persons. You have to drive a stake through the heart of a sleeping vampire to kill it.

Zombies are also a subset of the Living Dead. Zombies just wander brainlessly around — not unlike the crowds in the village after last call — sucking the brains out of living people, often their friends. You can kill zombies with anything, but shotguns seem to be the weapon of choice.

So why are WSL and the White Elephant either vampires or zombies? Good question.

With not much else to do up at Smilin' Dog Manor, I was re-reading the August 9 Pique for something like the eighth time, by which point I'd read pretty much everything except some of the ads that don't include skimpily-clad women. I spotted a notice from the RMOW deceptively entitled "Permissive Exemptions Bylaws." Thinking it might have something to do with escort services, I read it only to discover it listed various pieces of property within the RMOW that were given exemptions from paying 2013 property taxes. Mine wasn't listed; neither, I suspect, was yours.

This may be a good point to quote from the RMOW's Guiding Principles for Whistler's Involvement in the 2010 Olympic Games. It says, "The Bid Corporation and Organizing Committee must: Ensure that the financial exposure of the RMOW is limited by ensuring that Olympic revenues meet or exceed all financial requirements." It also says the Games must result in the creation of legacies which are of lasting value to the residents and businesses of the RMOW.

Do you feel the value, people?

Of course, WSL may say those principles don't apply to them since they're neither the Bid Corp nor VANOC. I believe they used the same reasoning to repudiate the agreements those ancestor entities made with Callaghan Country. But that doesn't let the RMOW off the hook. The clear intention of hosting the Olympics was that it wouldn't continue to burden Whistler taxpayers by sucking our blood. Which it is.

But this is where the zombie thing comes into play. When asked about this on-going — and it's been on-going since 2008, by the way — permissive exemption, the RMOW Office of Miss Communication (OMC) said, "The WSL properties have been exempt from municipal taxes since their construction so continuing the tax exemption does not cost the RMOW anything."

The only way WSL not paying their property taxes doesn't cost the RMOW anything is if, let's think this through people, THE REST OF US MAKE UP THE SHORTFALL! True, the RMOW hasn't reduced its budget to make up for the gift to WSL so technically, they're not out. We are.

The logic behind this statement is a clear indication that someone has had their brains sucked out. The fact we let them get away with this suggests we may all be missing some grey matter too.

The OMC also said the WSL provides a service to the community. Huh? Could you be more specific as to exactly what that service is? I've never considered being an on-going tax drain a service. I've never considered running a marginal enterprise at a hopeless operating loss and then going to different levels of government begging for more tax dollars a service. At least we know the Peak 2 Peak is going to pony up after their tax holiday expires. The White Elephant? Never. Even the OMC admits WSL "...would not be able to function and pay sizable property taxes."

The first annual report — delayed seemingly forever — from the WSL says it costs $7.5 million to keep their venues going. Revenues in the first year after the Games were $2.3 million. $2.7 million came from the Games Operating Trust. You do the math. And this might be a good time to bring up two more Principles the RMOW insisted on — that its "partners be ethical and transparent and engage in open and timely communication.

Enough is enough. There is no rationale for keeping this farce, vampire or zombie, stumbling among us sucking our blood and eating our brains. Some folks say, "Well, it's already built; we might as well make the best of it." Those people slept through the Economics lecture on sunk costs. Just because you've sunk a bazillion dollars and counting into a bad idea is not a good reason to continue to sink more money into it.

Without the White Elephant WSL might have a chance of lifting themselves out of the Walking Dead. Maybe it can even abondon its plans to build condos at WOP. But it's time to either suck up the cost to tear down the Elephant or strip the dangerous chemicals out of it and let it become a ruin. Hey, in a century or so it might become a real tourist attraction.

I suspect council has already gone along with the tax holiday for 2013. But that should be the last year we lose blood and brain to this beast. If it can't swim after that, let it sink.

It's time to get the stakes and shotguns ready and kill this beast before it kills us.