I am not a violent man. Ornery, crabby, opinionated and cynical, but not violent. I religiously believe in turning the other cheek. If the other cheek doesn't work, I'm usually quick to drop my trou and give 'em the full moon. But I am not violent.
Jul 18, 2019 1:00 AM By: G.D. Maxwell 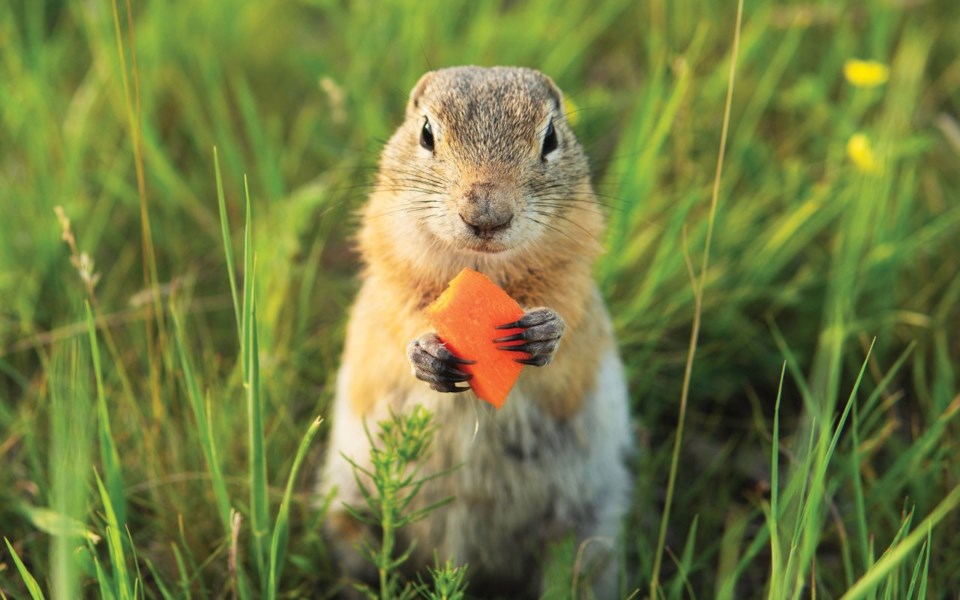 I am not a violent man. Ornery, crabby, opinionated and cynical, but not violent. I religiously believe in turning the other cheek. If the other cheek doesn't work, I'm usually quick to drop my trou and give 'em the full moon. But I am not violent.

Though I've recently been accused of employing hate speech and perhaps being associated with Antifa—which I thought was an appetizer at an Iranian restaurant until I looked it up—I'm not violent. Like I said, opinionated, yes, but that's more or less the job description of a columnist.

I can't remember the last time I actually got into a fight. Literally. The exact details are lost to antiquity, though I'm pretty sure I was in no shape to remember them even as they unfolded in real time. If I'm not mistaken, it was during the hangover/recovery period of that particular bout that I was able to formulate at least one of my tenets of nonviolence, which is this: Never, under any circumstances, mix tequila with champagne at a country-Western bar and then announce in a loud voice that all cowboys must be pussies because they wear high heel boots.

I can, however, remember the last animal I killed using anything more deadly than a car. A friend and I were out in the desert packin' our .22s and huntin' wascally wabbits. We, of course, posed absolutely no threat to any rabbit hopping around without the aid of crutches. But teenage hormones, rifles and the unforgiving New Mexico sun meant something more substantial than an empty Coors can was going to die that day.

Having inhaled enough black powder smoke to be giddy—157 Coors cans, 0 rabbits—we were low on both ammo and sunlight when we headed home. The nondescript, brown sparrow wasn't doing anything more aggravating than sitting on a low mesquite branch keeping watch for insects to eat. Its only mistake was warbling or chirping or clearing its throat at precisely the wrong moment. I snapped my .22 up to my cheek, aimed and dropped it in mid-warble. I felt Flaubert's immediate remorse. What a stupid thing to do.

I went home, dutifully cleaned my rifle, slipped it into its case and never fired it again. Other than a fish or two, that was the last animal I killed.

Until the gophers showed up.

Having spent an inordinate amount of time and backbreaking labour converting what was a perfectly good, if weedy expanse of yard into a productive vegetable garden, I probably have an unbalanced sense of attachment to the growing plots of Smilin' Dog Manner. Amending the Jurassic clay soil of the Cariboo into something capable of growing more than quack grass and thimbleberry carries with it the burden of expectation—I damn well expect to eat the fruits of my labour.

When the gophers first arrived, I did not begrudge them the few radishes they filched and the odd spinach leaf or two. I was willing, up to a point, to share the lettuce and parsley. I thought it destructive of them to gnaw on the young cabbage leaves long before any heads had appeared and I was getting annoyed at the holes appearing helter skelter throughout the yard.

But they shoulda left the potatoes alone.

I have an unnatural affinity for one of the potato beds. The work that went into building it, if valued at even minimum wage, meant that first bumper crop of potatoes worked out to about 20 bucks a pound. Building it left me hobbled.

So when I saw the holes and tunnel in the rich, black earth, when I witnessed the gnawed young leaves, I knew there was gonna be a killin'. This was war.

When my rage settled down, I had to face some harsh facts. First off, gophers are a lot quicker than I am. Secondly, and this was particularly sobering, the only ways I could think of to get rid of gophers, I'd learned from cartoons. I'd also learned—same cartoons—that none of them work.

I thought of poisoning them. Nope. Too many dogs around that eat first and ask questions later.

I thought of shooting them. But I don't have anything to shoot them with and even if I did, that's the kind of thing that gets neighbours riled up, even in the Cariboo.

I looked at high-powered pellet rifles. I wasn't sure anything but a precisely placed pellet would actually kill a gopher but I kinda thought any hit might stun it long enough for me to apply the coup de grace with the backside of a shovel. It had the advantage of being way quieter than a rifle but still had the drawback of allowing me to be mistaken for some crazed terrorist, stalking the tranquil shores of Sulfuric Lake with what looked like a deadly weapon...and a shovel.

And who could know where it might lead. Gophers today, crows tomorrow. Hell, next thing you know I'd be shootin' anything that moved. No, a rifle of any description was simply not a good idea.

That's when a gopher, which had popped out of one of many holes, saw me and scampered down a length of 4" PVC pipe I'd sunk in the ground to facilitate watering the roots of a transplanted maple tree. It couldn't dig through the rock that had fallen in the bottom of the pipe and couldn't crawl out the slippery sides. "At last," I thought, "revenge was mine."

Fetching a nearby hose, I began filling the pipe with water and waiting, bloodlust in full bloom, with a pitchfork to skewer the potato-destroying rodent. As expected, the gopher rose with the column of water. As should have been expected, I missed. Part bad aim, part the unsettling image of actually skewering the furry little rat and watching him/her squirm and die on the tine of a garden implement, I hesitated and immediately regretted my softheartedness. The gopher scrambled, laughing; I pursued.

Suddenly a second gopher popped out of the pipe. My attention diverted by the surprise bonus gopher, they both scampered away.

In my mind's eye, I had just become Elmer Fudd. Dwat!

I did not expect them to return to the pipe, but they did. Understanding I would probably never be able to successfully perform the pitchfork trick, I decided on a different course of action, the details of which I'll spare you.

Ultimately, I bought a Havahart catch and release trap. Over the course of the summer, I caught all the gophers at Smilin' Dog and the properties on either side. They've never come back. I won't say where I released them but I will say gophers aren't good swimmers.

There's peace in the patch...at last.