'We have met the enemy and he is us' 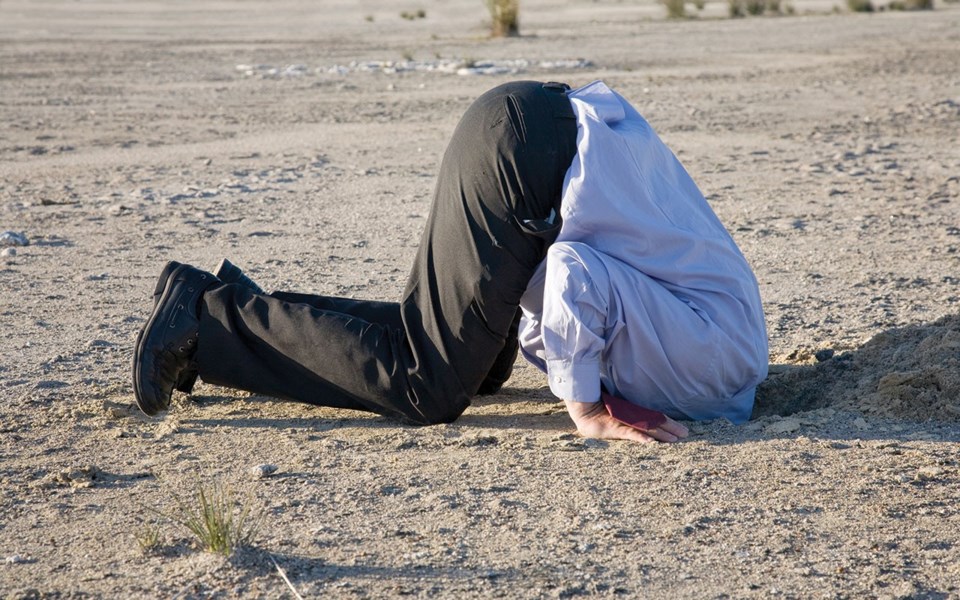 I'd just like to take this opportunity to admit I'm guilty.

Unless you've lived your life in a cabbage patch—organic, of course—and never gone anywhere, you're guilty.

"Guilty of what?" I hear you cry. Guilty of climate crimes, silly. Complicit in what has been called the climate change crisis. Ouch, that hurt.

If you're uncomfortable bearing your guilt, you can, as one writer recently opined in the New York Times, blame it on someone else, notably, "... the rich and powerful (who) have constructed systems that make it nearly impossible to live lightly on the earth." But really, who is greenwashing whom here? Oh dear, it's the rich and powerful who made me burn all that gas in my car(s), heat my house to a comfortable, albeit chilly, temperature, get on a plane to go skiing, surfing, sightseeing, blah, blah, blah.

Ain't nothing like a scapegoat when you need one, eh?

Blaming someone else for the faults that lie not in our stars but in ourselves is quintessentially human. Biblical even. Etymologically speaking, the term traces its roots back to the Old Testament of Christian mythology. Leviticus (16) if you want to be picky, in which the powerful Guy in the Sky ordered Moses and Aaron to sacrifice two goats each year. The "lucky" goat was put to death.

To the second goat, the scapegoat, the High Priest transferred all the sins of the people and cast it into the wilderness to wander forever, burdened by the collective sins of the masses who, sin-free, were free to sin another year. Take that, Harry Potter.

Lest this seem ancient and less than relevant to today's world, take note the alter in every Judeo-Christian church is a contemporary reminder of this practice. Jesus, of course, was the ultimate sacrificial goat, having died for our sins. He wasn't called the Lamb of God for nothing. (John 1:29)

Once again, Tiny Town has been offered the chance to embarrass itself by helping scapegoat the oil and gas industry for the sins of climate change. Just before Christmas, council received an offer from the Georgia Straight Alliance and West Coast Environmental Law to join them and other communities to hold fossil-fuel companies accountable—in a monetary sense—for the costs of climate change.

They encourage Whistler to explore legal options to recover climate costs, which is to say, sue the producers of the fuels we voluntarily burn.

While their request was referred to staff, who will report back at a later date, hopefully a much later date, there didn't seem to be a giddy rush around the council table to jump on this particular bandwagon.

Asking fossil fuel companies to pay for the costs of climate change strikes me as being similar to asking candy makers to pay for your bariatric surgery after consuming kilos of M&Ms for most of your life.

Whether Whistler joins this crusade or not is immaterial although I don't imagine Happy Jack is anxious to walk down this particular path again any time soon. I'm certain there will be legal action. I'm certain there will be massive paydays for lawyers on both sides. I'm certain any legal action will be mired in discovery and motions for longer than I'm actuarially likely to live. And I'm sure, at the end of the day, the outcome won't matter one way or another.

Whatever you believe about the climate crisis, we're only sitting through the coming attractions. The real show has yet to begin. The catastrophes anthropogenic causes of climate change have levelled thus far are only the pointy end of the stick. The main attraction is locked in and will reveal itself with the deft tease of a stripper.

But to lay all the blame at the feet of fossil-fuel producers is to absolve each of us of any personal responsibility and let our collective governments who have aided, abetted and urged the production and use of fossil fuels off the hook. The producers may be the pushers but we're the users and governments are the gatekeepers and enablers.

The climate crisis has been a long time in the making and a short time in the understanding, to the extent our understanding of it is very far advanced. While there had been theories about the climatic dangers of manmade pollutants throughout the late 19th and early 20th centuries, it wasn't until the 1960s the dots began to be connected. It was 1965 when the US Science Advisory Committee produced its report, "Restoring the Quality of Our Environment," warning about the deleterious effects of burning fossil fuels.

It was only 1988 when the World Meteorological Organization established the Intergovernmental Panel on Climate Change.

Sandwiched in between was the 1973 oil crisis. In October of that year, the Organization of Arab Petroleum Exporting Countries declared an embargo against, among others, Canada and the U.S. because they supported Israel during the Yom Kippur War. When the embargo ended, in March 1974, a barrel of oil had gone up in price from—don't laugh—US$3 to US$12. The price at the pump increased from about $0.38/gallon to $0.55.

North Americans went apeshit. There were long lines at open gas stations. Fistfights. Bans on Christmas lights. Really. A hated 55 m.p.h. speed limit on highways in the U.S. An arms buying spree in the Middle East as the result of windfall profits, setting the stage for the quagmire we now have in that part of the world. And, more importantly, a push for oil security that begot fracking, tarsands development and the glut of oil we currently enjoy, accompanied by our climate crisis.

Don't get me wrong. As a species, we need to wean ourselves off fossil fuels...fast! And there is no doubt there are plenty of disreputable players in the fossil-fuel industry, the current over-production melodrama in Alberta being a poster child of greed run amok. But to lay the responsibility for the climate crisis solely at the feet of fossil-fuel producers is fantasy. As Pogo said, "We have met the enemy and he is us." They make the gas; we burn the gas. We stop burning it; they stop making it.

In the meantime, maybe focus on things we can do locally. I'm tired of writing about them without seeing more businesses close their doors when it's minus 11° C outside, fewer patio warmers melting adjacent slopes and no reduction in big trucks loaded with big sleds slurping up gas at local stations. Just as an example.

Now's the time. Scapegoating isn't going to get us there.