Weekend of the Holy Trinity 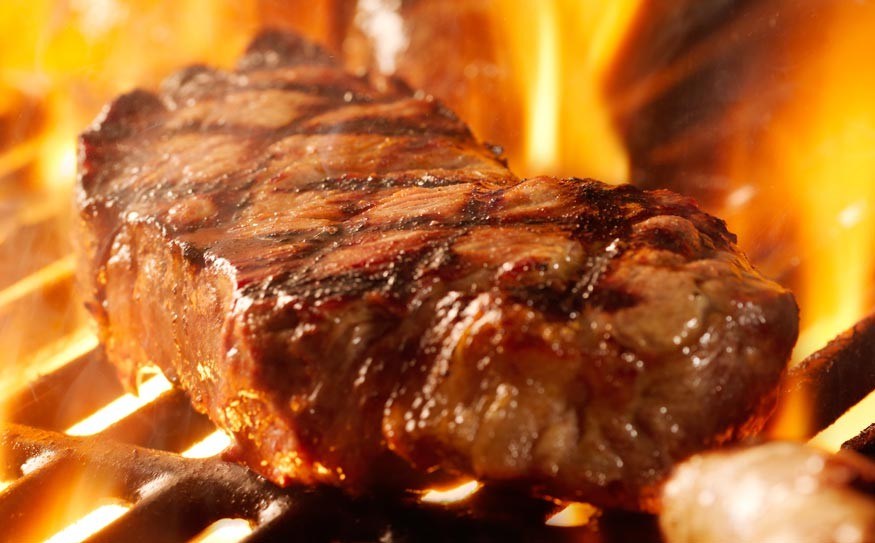 Some food is good for you. Some is just good. And some is, well, dangerous. Barbeque is dangerous.

And for the 10th time in as many years, the epicentre of barbeque — at least Canadian barbeque, assuming that's not a complete oxymoron — is right here in Whistler... at Creekside... where, in the storied annals of Whistler cuisine, it all began.

This weekend, the eponymous if unimaginatively named August Long Weekend, is barbeque weekend, the Canadian National BBQ Championship weekend, to be exact. And if anything can be considered sacred in my secular world, the trinity of rub, smoke and holy sauce would certainly come closest. Had the church of my youth served up ribs instead of those tasteless wafers I might have believed the whole body of Christ thing and become a man of the cloth... napkin.

Because barbeque is the one true food of gods. And like so many religious creation myths, its origins are best left to true believers to argue over. No one knows with any certainty from whence it sprung. The West Indies have a claim, at least etymologically speaking, and even the French, as with all things culinary, have muddied the waters with a spurious assertion that 'barbe a queue' — meaning from head to tail — was where the name, if not the technique, originated. As with most historical references, the French conveniently overlook the fact the phrase 'barbe a queue' never referenced a culinary event until after the French Revolution and then only to describe the hysterical desecration of corpses of the nobility who were, head to tail, distributed to the starving masses who'd had enough of eating cake.

And while the very august Oxford English Dictionary settles the origins of the word somewhere in Haiti, I'm confident the organizing rule of international law — use it or lose it — can be successfully applied to refute any claim whatever puppet government looting Haiti these days might mount. Besides, no one in his right mind with any tastebuds left would claim jerk chicken as anything but a bastard child of real barbeque.

That pretty much leaves the origins of barbeque mired somewhere in the murky, feudal South, as in Southern United States. It is no coincidence barbeque came into full flower in the South. The South had the three key ingredients that go into making barbeque: pigs, a good appetite and indentured black men who had no choice but to spend their already hot, sweaty days cooking in an even hotter, smoky shack while their owners inbred, argued the merits of thoroughbred horses and sipped cool drinks in the shade of magnolia trees. Given an abundance of swine, slaves, hot, languorous days and a society organized around throwing gay parties, there really is no place other than the South where barbeque had a chance of taking root.

That's because barbeque, real barbeque, especially competition barbeque, takes time. Lots and lots of time. Barbeque takes so much time it makes the rest of what passes for Slow Food look like takeout at the Grease 'n' Go.

Like most good things, barbeque was transformed through migration. Even within what's generally considered the barbeque belt — the states bordered on the north by Tennessee and North Carolina and on the west by Louisiana and Arkansas — a good argument can be had over the proper ingredients of barbeque sauce and an even better argument, a fight even, can be sparked by mention of appropriate side dishes one may or may not serve with barbeque. Don't ask me how I know. While noteworthy, such spirited contention is not unusual since almost any subject can start an argument or fight in those states.

One of the first places barbeque traveled was to Texas. Texans, being a prideful, boastful bunch, will, given half a chance, take credit for perfecting if not inventing barbeque... and pretty much anything else they think they can get away with.

Texas's primary contribution to barbeque was the addition of beef and greasy sausage. Texans are very proud of this fact, as they are of most things, but people whose tastebuds are still functioning can only wonder why. It is not entirely without justification that most carnivores consider the brisket of a bovine suitable only for corned beef, pastrami or La Belle Province's contribution, smoked meat. Texans, however, have based their entire claim to barbeque on that mean cut of meat and the atrocities the state's German immigrants committed against it. Well, that and their sick joke of smoking with mesquite wood, a subject about which I shall say no more except to give them credit for pulling it off.

If you grew up outside the insular confines of the barbeque belt or Texas, what you likely consider barbeque probably owes more to the special imprimatur given the cuisine in Kansas City, Missouri. It is generally settled that KC barbeque was first cooked by Henry Perry some time around the turn of the last century. What Henry started, Arthur Bryant, George Gates and Otis Boyd perfected. Their slow smoking technique, sweet, tangy tomato-based sauce, vegetable-free menus and inexplicable penchant for commercial white bread have clogged arteries for generations, sending many a patron to the sweet hereafter regretting only the very high probability there is no barbeque in either heaven or hell, and prompting the great American writer Calvin Trillin to declare Bryant's simply the best restaurant in the world.

If there is any one overriding mystery about barbeque — and trust me, there are many — it remains this: Why hasn't Canada embraced it? Canada, for all its multiculturalism, its polyglot cosmopolitan centres, its fine beef and swine, is, by Southern standards, a barbeque-free zone. It dallied with the popularity barbeque enjoyed thanks to the Food Channel over the past decade but the addiction never really took hold.

You can get Thai, Korean, Mongolian, French, German, Portuguese, Italian and every other variant of food in Canada. The number of vegetarian restaurants continues to rise dangerously. Raw food has migrated out of the produce section of the grocery store onto restaurant plates in what can only be considered the ultimate joke. But finding barbeque in Canada is still as hard as defining what exactly makes the country unique.

This weekend, this August Long Weekend is the blissful exception. If you've never attended the gathering of the carnivorous clans at Dusty's for the Canadian Championships — and assuming you're not vegetarian or a PETAphile — you should. It's a treat you'll never forget.

And if you have? Well, see you there.