Welcome to the endless war

The very large Canadian bank at which I used to work would, not infrequently, find itself at a somewhat confused juncture.
Oct 8, 2014 6:00 PM By: G.D. Maxwell 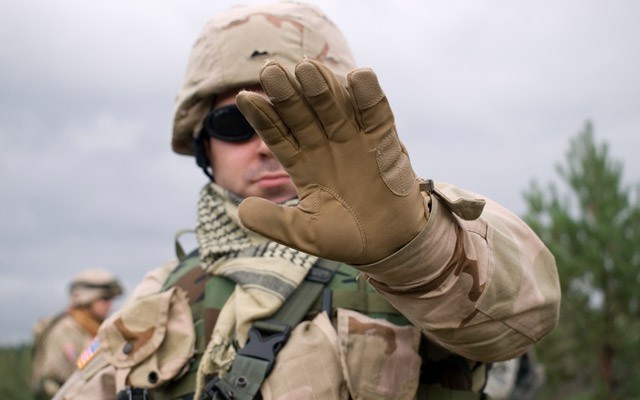 The very large Canadian bank at which I used to work would, not infrequently, find itself at a somewhat confused juncture. Sometimes this occurred because of a problem with debt exposure — Brazilian loans in the early 1980s for example — and sometimes it was something as simple as a glut of senior executives for whom it had no concrete positions within its paternalistic, jobs-for-life organization. Whenever it found itself unsure of what to do, it reorganized, moved the little boxes around the organization chart. If it really wanted to give the impression of taking bold action, it would also change the names of the titles attached to those boxes or even the divisions within which they existed.

When it doubt, reorganize.

We seem to be at a prolonged, confused juncture in geopolitics where the solution to intractable problems seems to be, when in doubt, go to war.

And so, Jacques is marching off to war again. This time against a chimerical enemy known by multiple, confusing acronyms. ISIS, ISIL, whatever. Let's just call them the Islamic State, IS.

IS grew in the fertile ground of Iraq's culture of hatred and death. Just as Saddam the Evil One oppressed all sects other than his own, al Maliki the Idiot marginalized and oppressed all sects but his own. From this oppression, IS arose to grab a piece of the pie it had been denied. Their tactics were brutal, barbaric and well-publicized.

The U.S. president calls IS a cult of death. He wants to degrade and destroy them, whatever that means. He calls them barbaric and their favourite social media tactic, beheading non-combatants, turns westerners' stomachs.

But there's more than enough barbarism to go around. They have no monopoly on it.

The illegitimate government of Syria is barbaric. The west has been saying so for four years now while their civil war rages. But because IS is more barbaric, we'll sidle up to that barbaric government and help them by bombing IS targets in Syria... with a wink and a nod from Bashar al-Assad, Barbarian-in-Chief.

The illegitimate government in Egypt is barbaric. The west isn't sure what to do with them but feels more secure with a government that's a puppet of the Egyptian military, who are also barbaric.

The government of Saudi Arabia is barbaric and medieval. But they still have cheap oil, so it's our kind of barbarism and we still love them, even though they seem to be the source of funding for almost every barbaric cult and sect — including al-Qaida, who started this round of endless barbarism by flying planes into the World Trade Centre thirteen years ago.

The government of... oh, let's quit this laundry list and just agree that every government in the Middle East is barbaric. Quibble if you must but you know it's true.

But there is still more than enough barbarism to go around. There was the boy-and-girl-next-door style of barbarism that got played out at Abu Ghraib. The rendition, black ops, waterboarding barbarism that various spook agencies and freelance torturers played out for the U.S. government, who went so far as to craft legal-sounding explanations for why that particular style of torture wasn't barbaric.

There's the barbarism of continuing to hold scores of terrorists at Guantanamo, force feeding the ones who prefer martyrdom to continued non-existence.

The barbarism of young men and women sitting in air-conditioned bunkers, joy-sticking drones through the air to drop bombs and collaterally damage civilians, women, children and others we're supposed to be freeing from the barbarians. The barbarism of sending soldiers into countries to die for an ill-conceived, poorly-executed, unnecessary and futile belief that the west can somehow convert a barbaric land into a free, democratic society. Put another way, sending soldiers off to die for nothing, to die in vain, to be killed like so many ants at a picnic.

You want to fight barbarians? You'll hardly have to leave town.

The single best thing former Prime Minister Jean Chrétien ever did was say, "Thanks, but no thanks," when former U.S. President George Bush wanted Canada to join the coalition of the willing. It was the last time Canada took the moral high ground.

Afghanistan? Oh yeah, we sent Canadian forces there so girls could go to school. Over the course of a decade, 158 were killed. Afghanis still don't want girls to go to school and in very few places they're allowed to do so. Couch it in whatever noble terms you want, but 158 Canadians were killed for nothing, killed in vain. While I honour their commitment, there was nothing honourable about their deaths.

And now, President Obama wants to fight a clean war against a dirty enemy. Bombers, drones, and only indigenous boots on the ground. The same boots that folded like a cheap card table when IS started wreacking havoc in Iraq after U.S. military "advisors" had spent more than a decade teaching them how to defend their own country.

What sane person can believe such palaver? The endless and ever shifting wars between Oceania, Eurasia and Eastasia, artfully manipulated by Minipax, pale by comparison.

Oh, but IS is a direct threat to the U.S., Canada, Great Britain, Australia, and the rest of the new Coalition of the Witless.

Well, yes; they are. But not because of their idiotic, misguided followers. Not because they might YouTube another beheading of an innocent on the mean streets of Regina. Not in any tangible threat way. They're a threat because the propaganda war against them, choreographed by our very own Minitrues, have convinced us to give up the very things that make us different, make us less barbaric than they are.

The sad fact is, the terrorists won. They beat the U.S. after 9/11 when they sat back and watched in glee as, one by one, the U.S. voluntarily abandoned the very freedoms they supposedly want to share with the rest of the barbaric world. When the U.S. should have laughed at them, spit in their face and told them to f$&k off, they instead lowered themselves to the standards of their foes, drove themselves into both monetary and moral debt and forever changed the very nature of their country.

And now, with the drums of war pounding in his pointy little head, Stephen Harper is oh, so ready to lead Canada down the same path, a path he's already explored with barbaric battles against imaginary crime, refugees and others.

I can't believe we're, as a nation, so gullible. Fighting IS is like playing Whac-a-Mole. Smack 'em back into their hole, another barbaric group will pop up, fed by the outrage and desire for revenge over the bombings Canada's about to lay on them.

Welcome to the endless war. And remember, war is peace; freedom is slavery; ignorance is strength.