We’re going to a dance

There is a game that used to be popular - before all popular games required expensive play consoles plugged into TV screens - with both children and tipsy parlour partiers called, variously, telephone, broken telephone or, less politically correct, C
Apr 16, 2010 6:05 AM By: G.D. Maxwell 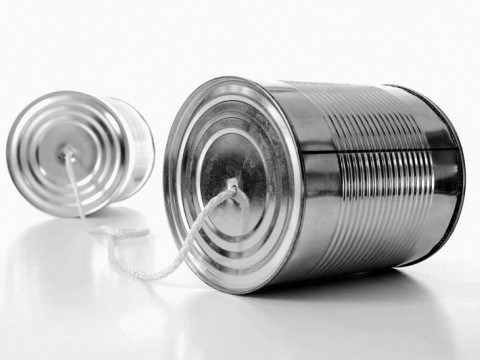 There is a game that used to be popular - before all popular games required expensive play consoles plugged into TV screens - with both children and tipsy parlour partiers called, variously, telephone, broken telephone or, less politically correct, Chinese whispers. The person starting the game would whisper something in the ear of the person next to her, "typically nasty weather," for example. That person would repeat the phrase on down the line until it reached the final player, at which point he or she would slap the person's face who whispered it to them, exclaiming indignantly, "Tickle your ass with a feather! How dare you?" Or something like that.

The example generally given to explain the game has roots in the muddy trenches of World War I. An out-matched field commander turned to the frightened soldier next to him and said, "Send reinforcements, we're going to advance. Pass it on." By the time it reached the field radio operator, the message sent back to headquarters was, "Send three and fourpence, we're going to a dance."

Even absent the fog of war, the game humorously demonstrates the difficulty of hearing even simple messages and passing them on accurately more than once or twice. It also explains why my Perfect Partner so frequently misunderstands phone messages I take for her, indecipherable handwriting explaining all the others.

Maybe such frivolous children's games also explain the selective hearing that goes on around the municipal council table. Or maybe not. I'm personally at a loss to understand it although a tasteless crack a fellow worker at the bank once passed on may explain part of it. After a particularly long, pointless meeting, he turned to me and said, "I think I have hearing aids. Got it from listening to too many a##holes." Gimme a break; I said it was tasteless.

One possible explanation for the less than acute hearing our councillors seem to be suffering though may be that they only hear things that'll end up creating unnecessary expenditures of already taxed revenues. Two recent cases illustrate the theory.

A couple of months ago, when mostly everybody's attention was diverted by the Olympics, a few people anxiously awaiting the opportunity to move into their new homes at Cheakamus Crossing discovered the asphalt plant operating in their new neighbourhood. They raised a fuss in a quintessentially Whistler way, waiting until the 11 th hour to discover something that was hiding in plain sight and only then complaining about it. They threatened to walk out on their initial deposit, notwithstanding the presence of the plant was clearly and boldly disclosed in their purchase agreements.

For reasons made no less clear by their public statements, most of council agreed to have staff find a way to get the asphalt plant moved by June 1 st ... regardless of cost.

Before I start finding burning crosses in front of my home, I'd like to make one thing clear. A new home for the asphalt plant is a necessary and desirable outcome. The drawbacks of mixing residential and industrial operations in the same neighbourhood are well known, notwithstanding the seeming need to rediscover those drawbacks with puzzling frequency. The unpleasant experience of buying a house next door to an abattoir or airport is precisely why zoning exists.

Also well known is the danger of over-reacting to perceived threats. Both pitfalls were at play here.

For the most part, Olympic fever notwithstanding, the asphalt plant has operated largely unnoticed in its current location. Partly that's because it meets current regulations on emissions but largely because it operates so infrequently and when it does, the prevailing winds carry its stink in the opposite direction. But those are mere details compared to the frenzied fear of misshapen babies, chronic emphysema and a shroud-like black stench permanently settling over your home.

Reasoned voices on council urged moving deliberately to resolve this problem. Reason was thrown out the window by the majority who decided to act precipitously. The consultant's report has given the guilty some cover to adopt the more reasoned approach. I expect there'll be an ensuing outrage but I also suspect few, if any, will walk away from the chance to move into their own homes. And if they do? There are quite a few anxiously waiting to step across their thresholds.

Contrast that decision with the decision to forge ahead with a post-Olympic town party. The public voices demanding this exercise in unwanted déjà vu are few and thin. The support for the party virtually non-existent. The decision to trim $50k from the budget, window dressing. The timing, questionable.

The rationale that this was one of the lessons learned from Park City, Utah's experience is specious. It is said Park City wished it had channeled its Olympic spirit in the wake of the 2002 Games. I have no doubt that's true. I imagine Park City wished it could have done anything at all to distract the rest of the world - and its inhabitants - from the ensuing investigation into the scandal of how it bribed IOC officials to get the Games in the first place and how Utah lawmakers channeled vast amounts of the public purse into private hands. I'm hoping we don't have that same stink to perfume... but I'm hedging my bets until the numbers are totted up.

And the timing - July 1-2 - is, to be generous, curious. One of the rationales for holding this shindig is to allow the workerbees, who laboured so long and hard during the Games they didn't have a chance to get down and party, a chance to get down and party. Problem is, a lot of them will have moved on by then, leaving in their wake only unpaid hours they worked while seconded to VANOC, who seemed to use the same payroll system CP used to pay Chinese labourers when they built the transcontinental railroad.

Another problem is this: July 1-2 is already HOPPING BUSY in the resort. So busy that many of the workerbees won't have the time or chance to get down and party since their businesses, unlike muni hall, don't shut down for national holidays!

Which segues nicely into this philosophical question. If one of the reasons for holding this party - one ironically that has nothing to do with celebrating our Olympic spirit or rekindling community pride - is to "launch" the summer season, why are we doing it on a weekend when the resort is usually full to brimming? Why can't I get the image of handing a drowning man a glass of water out of my head?

Of course, with the resort full, an apologist for the party could point to all the people and say, "There, didn't I tell you it would be a success." Naw, that's way too cynical... isn't it?