Words are so weird it's a wonder any clear idea ever gets communicated using them. This, of course, is a terrible admission for someone who writes words and gets paid for it but familiarity has, perhaps, bred contempt.
Aug 15, 2019 1:00 AM By: G.D. Maxwell 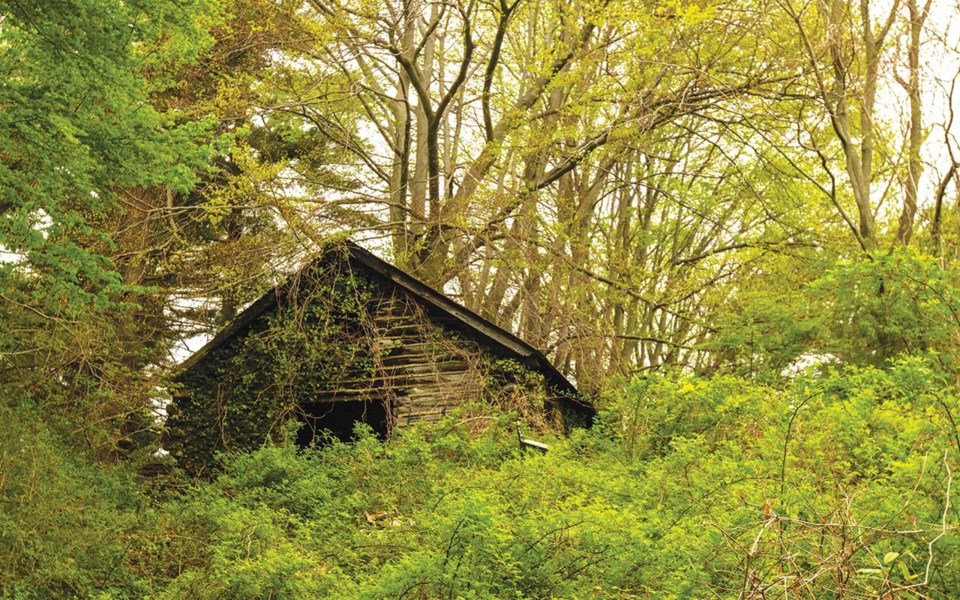 Words are so weird it's a wonder any clear idea ever gets communicated using them. This, of course, is a terrible admission for someone who writes words and gets paid for it but familiarity has, perhaps, bred contempt. This does not mean I don't believe anything I write. I believe most of what I write, "most" itself being a word that can mean anywhere from 51 per cent to 99 per cent. The rest—do the math—I make up and slip past myself when I'm not paying any attention.

You may not agree with my premise. You may, if we were talking about this over a refreshing beverage at a sunny table on, say, the Longhorn patio, look at me for a moment and say, "Interesting idea." Or you might say, "Do you really think that's the case?" Or, "I'm not completely certain I share your low opinion of the way words are used." When, what you really mean is, "You are so wrong I can't believe you can talk and drink beer at the same time without separate instructions for each."

But I'd never know that from the words you'd chosen, clouded in obscurity such as they might be.

Admittedly, words themselves are partly to blame for this sorry state of affairs. Words change over time through practice and usage. Dictionaries—the old-fashioned, written kind—through their sheer weight and size, give the impression that words are static. One only has to read a few pages of Shakespeare and then get into a conversation with a 20-year-old to lay waste to the idea of words being immutable.

A chosen few even change so dramatically they come to mean just the opposite of what they used to mean. For example, if you'd stumbled into the Longhorn Saloon in Mesilla, N.M., 100 years ago, bellied up to the bar, ordered a whisky and a beer and said to no one in particular, "Words are so weird it's a wonder any clear idea ever gets communicated using them," most of the cowhands at the bar, and possibly Billy the Kid, would have ignored you, smashed a bottle over your head, or simply shot you dead to put you out of their misery.

But if one of them had the cantankerousness to look at you and say, "You are so wrong I can't believe you can talk and drink beer at the same time without separate instructions for each," you might have gotten into a bet with him to prove you were right. Having settled on the wager, you'd each be expected to pony up—a man's word was his bond but everyone wanted to see the cash up front—before going about settling the bet which, in this case, probably would have involved beating the snot out of each other since the subject was, shall we say, more open to debate than resolution.

Since neither of you could trust the other to hold the money, you'd probably press the bartender into service as a disinterested third party, someone who didn't really care who won the bet since he knew whoever won would piss away the money on more whisky and beer. So the bartender would gather each of your silver dollars and hold the stakes of the wager. He was the stakeholder, a person with no interest whatsoever in whose pathetic argument prevailed. Which, today, is just the opposite of the word's meaning. In its overworked, touchy-feely, politically correct inclusiveness, anyone with even a remote interest in the outcome of any issue is a "stakeholder" and God help you if you don't go out of your way to elicit their half-baked ideas on things.

I laboured under the belief I was nearly as savvy as the next guy when it came to words and their myriad meanings and nuances. I thought I could usually cut through the veil of smoke, crack the mirrors and get to the core of clear meaning.

Then I got friendly with a realtor in the Cariboo's cottage country.

Realtors enjoy a reputation for hyperbole and exaggeration when they talk and write about properties they'd like to sell. They gloss over faults, puff up features and so totally blur the edges of reality everything becomes spherical if not downright Mobius in shape and form. They prevaricate and dance around the truth and use words in ways not yet documented by etymologists.

Picture, if you will, a "serene and peaceful A-frame cabin, nestled in the woods on the shore of an excellent fishing lake with two cozy bedrooms in the loft." You can almost hear loons wailing and see technicolour sunsets while the smell of freshly caught trout sautéeing on the stove virtually tickles your nose and tastebuds, eh?

What you don't see is a mean, roughwood shack that looks like it's composting back into the bush which, if you were to bring in a platoon of machete-wielding day labourers, might in a week or two yield both a view of and a path to a lake that may have once supported a small population of anemic, skinny suckers. The loft, should you have both the nerve and total lack of concern for your personal well-being to climb up to see, obviously used to have a sheet draped over a wire to differentiate one "bedroom" from the other, neither of which might afford an eight-year-old child the opportunity to stretch out to full length unless they laid on the diagonal.

And bless their souls, this is not even considered a "fixer-upper" to those eking out a living selling such cottage country-real estate. I once made the mistake of my life and bought a house that needed substantial renovation. I laboured so hard and learned so much about plumbing, wiring and drywall that I have come to consider the definition of "renovate" to be "not knowing when to leave well enough alone and run the other direction." But I have now expanded that definition to include soaking a place in gasoline and tossing a lighted match at it, so thoroughly beyond any hope of redemption is a cottage country fixer-upper.

I know now that "well-treed" means wilderness bush; "nestled" means so hidden you'll need a GPS to find it and get back alive; "south-facing" means any point on the compass between due east and due west; "cozy" means both you and a friend cannot be inside at the same time; "spacious" means cozy; "landscaped" means someone cleared part of the wilderness around the property; "guest cabin" means outhouse; and I'm pretty sure one of the two words in cottage country "recreational property" means just the opposite of what you think it means.

Latin is, thankfully, immutable. The words caveat emptor still mean exactly what they used to mean.