MAXED OUT: A made-in-Whistler solution to housing woes 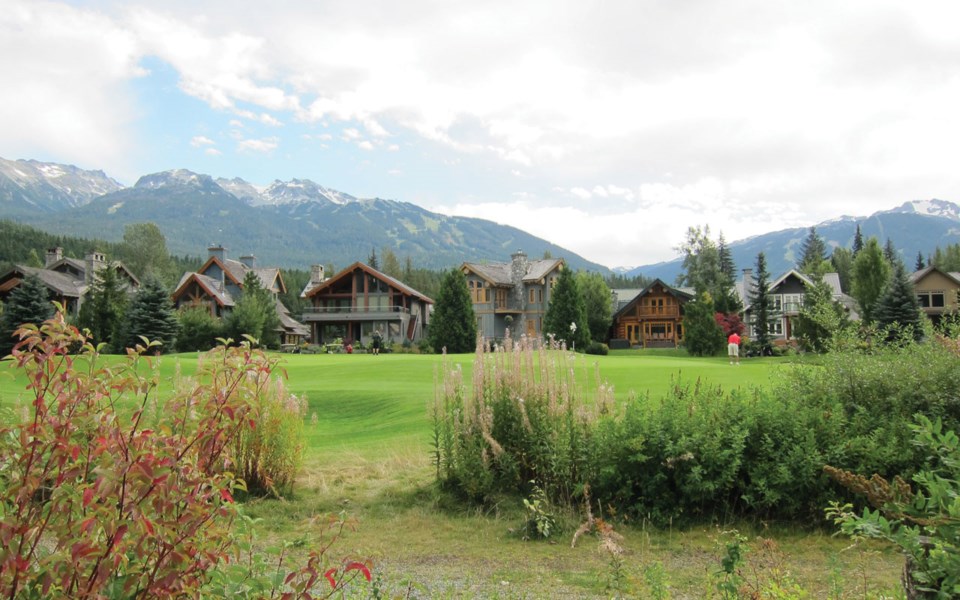 Since it’s only Tuesday morning—deadlines, deadlines—I won’t bore you with any speculation about what might or might not happen or what it may or may not mean for the world if the shitshow south of the border goes one way or another. Either way, keep that border closed and close it even tighter for all I care.

Since all politics are local, let’s instead speculate on local politics. I’ll be first to admit local politics have been somnambulant for longer than I prefer and with notable exceptions, there hasn’t been anything worth getting worked up about. Oh, there’s the signature lack of courage to make any progress on a local cannabis outlet but at least the absence of political backbone in addressing that opportunity hasn’t had any real impact on the usual supply lines. Smoke ‘em if ya got ‘em.

With council’s unwillingness to tackle something as complex as greenlighting a local pot shop, maybe they would be up for something easy. Housing, for example.

Not Whistler Housing Authority housing. That seems to be well underway, not to mention something I’m constrained to discuss. And certainly not the private developers’ proposals for employee housing. Those seem to be verily whizzing along the approval process. (Editor’s note: Max, not everyone shares your sense of humour.)

No, I’m referring to tilting at the windmills of housing affordability and use. Simple stuff.

I have the great good fortune to live in Rainbow. Good fortune because Rainbow is a neighbourhood. People live here. On Halloween, hamstrung as it was by COVID, we handed out nearly 100 dentist’s friends—candy bars—to little ghouls, many so young they could undoubtedly eat them with more proficiency than they can walk. We would have run out entirely had they been coming to the door instead of promenading past on the street, where we accommodated their parents’ concerns by setting up the candy dispensary there.

I used to live in Alpine. Alpine is a nice place but I’ve always been puzzled why it gets voted Whistler’s best neighbourhood in Pique’s annual Best Of poll. Of the six closest houses to the one I lived in, four were more frequently vacant than occupied. One of the other two was rented out to workerbees. Neighbourhood? Technically. But one with far too many dark, vacant homes.

And it’s those dark, vacant homes I’d still like to see Whistler take a different tack on. More than one of our former mayors—I won’t tell you which ones—used to proclaim a fondness for Dark Empty Houses. The rationale seemed to be they provided property tax revenue without making a day-in, day-out demand on municipal services.

That seemed a fatuous argument to me unless they only measured demand for municipal services in terms of number of toilet flushes, bags of garbage tossed out and volume of water used. Those houses still get their roads cleared of snow, they are still attended to if they catch fire, we still build the water infrastructure to serve them, sewage capacity as well, we fund RCMP in case they get broken in to, fix their roads and so on.

The downside, of course, is no one is living there. In a town with a stubborn shortage of places to live, so many places were and still are unlived in, including many places that formerly had workerbee suites that have been lost to the twin demons of affluence and bad tenant experiences.

So, what to do? Fortunately, that wheel has already been invented.

On New Year’s Eve 2018, the provincial government brought in its Speculation and Vacancy Tax on residential properties in select communities. Surprising to many, Whistler was not one of them. The exclusion of Whistler puzzled many people in the same way the inclusion of Kelowna and West Kelowna puzzled others.

I don’t find it that puzzling. Whistler accounts for the lion’s share of tax revenue generated by tourism in B.C. Empty-home owners in Kelowna are largely Albertans.

Around the same time, the City of Vancouver introduced its own Empty Homes Tax. It, too, levied an additional tax on properties not occupied or under-utilized in a town suffering from the twin devils of virtually zero-per-cent rental vacancy and unaffordable housing prices.

Whistler would benefit handsomely from encouraging the provincial government to include it in the provincial program—with caveats below—and benefit further by passing its own Empty Homes Tax.

That caveat? As part of its designation as B.C.’s first Resort Municipality, Whistler has two distinct forms of real estate: resort lands and municipal lands.

Resort lands are within the footprint of the village and mountains and include most of what look like hotels and many houses, townhouses, and others. People who own resort land property pay Tourism Whistler fees and, generally, own properties carrying one of two covenants outlining the owner’s right to limited or unlimited personal use. They constitute the resort’s hotel beds, beds available for tourists.

Housing outside the resort lands encompass the various neighbourhoods of Whistler.

With the myriad exemptions for certain types of properties under the provincial legislation, it could easily be applied to non-resort lands, that is, residential neighbourhoods. By exempting resort lands, non-residents could continue to own a piece of the dream. They could continue to own non-resort lands too, but they’d be paying handsome additional taxes. They could avoid them by renting part of that property to local residents, workerbee suites, for example.

A made-in-Whistler Empty Homes Tax could as easily apply only to non-resort lands.

The twin taxes have tended to have the desired effect where they’ve been applied. There’s no reason to think they wouldn’t here as well.

A friend recently moved into a nice condo within walking distance of the village. A small fraction of the units in the complex are occupied. The others are investments. Entries on a balance sheet. I believe their owners should pay the additional taxes.

I believe other property owners who live here would be happy to see the impact on that additional source of revenue. I’m sure some people would be less than happy.

What more can you ask for?