"The sky is falling! The sky is falling!" – C. Little And so it was. Notwithstanding the sky didn't actually fall on Chicken Little's head, soon after the fable was finished the axe did fall on her head.
Jun 27, 2019 12:30 AM By: G.D. Maxwell 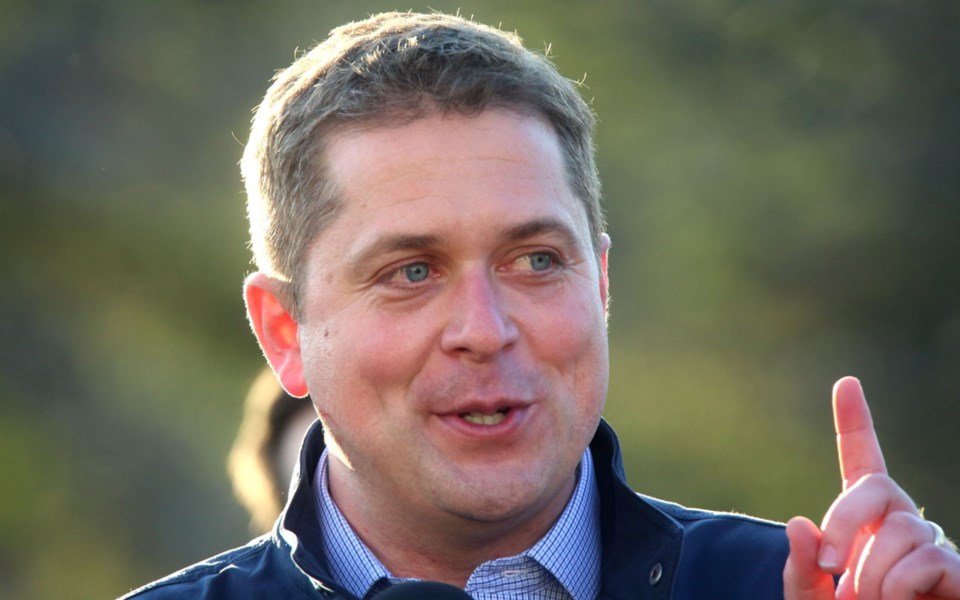 And so it was. Notwithstanding the sky didn't actually fall on Chicken Little's head, soon after the fable was finished the axe did fall on her head. It was reported she was quite tasty in an adrenaline rush kind of way.

While the sky is, in fact, not falling, it did take a few steps closer last week—at least in Canada—toward its final destination as a toxic soup unfit for human consumption. In a one-two punch that had David Suzuki setting his hair on fire Sunday on CBC radio's Cross Country Checkup call-in show, Justin Trudeau took time out from apologizing to historically mistreated, vote-rich groups to announce to no one's surprise his government was pleased to greenlight the Trans Mountain Pipeline expansion.

This was followed closely by Kewpie Scheer's unveiling of his party's thinly veiled plan to combat climate change. Combat may be a misnomer in this case. If climate change was the Black Knight from Monty Python and the Holy Grail—"Tis but a scratch"—it would, armless and legless, prevail against Kewpie's plan, which makes magical thinking seem like a more realistic hope to turn things climatic around.

The Conservatives' plan, delivered with as straight a face as Scheer is capable of—which admittedly reminds me of Batman's nemesis, the Joker—would scrap the federal carbon tax set to put a lock on Alberta's support for his party next January. Scraping the carbon tax is a very popular measure across much of Canada. It is supported by, not surprisingly, all conservative premiers who want to get re-elected. It is supported by many Canadians who proclaim the evil of all taxes. And if that wasn't enough, a carbon tax itself is supported by anyone who has ever studied its effectiveness, thus having the kiss of death of the scientific and economic elite, whatever that means.

Eschewing the long-held antipathy Conservatives have for governmental regulation, Kewpie would use "regulatory" means to "encourage" big, industrial polluters to pollute less. How much less? Enough to help reduce Canada's overall emissions. And how would he do that? By making companies that, well, kept on belching out emissions invest in research and adopt technology to reduce the emissions.

Wow, I'm already breathing easier. Thank goodness his plan has more to it than wishing on a star, which wouldn't work because those captains of industry wouldn't be able to see stars through the haze of emissions.

Now, if all this seems a bit wistful, it is downright nuts and bolts compared to the part of the plan that talks about getting other countries to credit Canada for emission reductions if they, for example, burn natural gas Canada has exported to them instead of old king coal. If, in fact, there was any response from other countries to this proposal, it was polite laughter.

Had it come a day earlier, the Conservative plan would have had the country in stitches. But coming on the heels of JT's doubling down on Trans Mountain, it acquired the pastiche of reasonableness, at least among the admittedly large swath of Canadians who are concerned about climate change, but aren't willing to personally spend half as much as they do at Tim Hortons monthly to do anything about it.

That's because it takes a certain kind of tortured thinking to, on the one hand, prop up Alberta's insatiable tarsands extraction and, on the other hand, claim that doing so is a cornerstone of your climate change fight. It takes an even more tortured kind of thinking to believe this decision is likely to be good for JT's re-election chances. More likely than not, it will drive people who under normal circumstances would vote Liberal to vote Green. It also won't earn JT a single vote in Alberta. And, in monumental act of irony, won't really matter because the pipeline will continue to be bogged down in the courts until his sons are old enough to be prime minister. Take that, Alberta.

If this October's election was a replay of 2015, that would be disastrous for the governing Liberals, especially since they're still feeling the sting from voter's disgust over the SNC Lavalin debacle.

But if there is a silver lining for JT, obscured though it is by thickening ozone, it lies with conservative voters themselves. Many who would, in a normal election, vote Conservative, aren't convinced Kewpie is conservative enough. While they applaud his resolve to scrap the carbon tax, they're left puzzled by the notion that a Conservative government is going to create a new, burdensome, expensive regulatory regime to force companies to pretend to reduce their emissions.

This is even weirder considering the Liberal plan is revenue neutral and individual taxpayers stand to come out ahead whereas the Conservative plan is larded with indirect costs that will be passed on to individuals. For true-blue conservatives, the tail is wagging the dog much as it was when Jean Chrétien's Liberals balanced the budget in the 1990s.

There is a high likelihood many redmeat conservatives will abandon Kewpie's muddled plan and vacuous grin and find refuge in Maxime Bernier's People's Party, along with the skinheads, immigrant haters and nihilists he seems to attract, including most recently Rob Ford's widow, whose announcement last week is the kind of Twilight Zone thing that keeps me from writing fiction. I can't make up stuff weirder than reality.

And so, we have the very real possibility of intransigent liberals, especially those in B.C., moving to the Green Party in substantial numbers, hardcore conservatives finding a home in the People's Party and ever-fickle Quebecers abandoning the NDP because they don't like the colour or cut of Jagmeet Singh's turban.

The only winner stands to be Elizabeth May, who may see her party's representation in parliament increase by several hundred per cent, the icing on the irony cake being an increase of that magnitude still wouldn't be enough to earn the Green's official party status but may give her the balance of power in a fractured minority government.

Man, no matter how hard I try to ignore politics in the Age of Trump, I get sucked down the rabbit hole when it gets this fascinating. Now if only I could find Alice's stash of mushrooms.