A glimpse into the Don MacLaurin Collection

As with many newcomers, I only knew the basics of Whistler's history when I moved here, and I hadn't even thought about the influence forestry has had—and still has—on the community, development, and economy of the area.
Aug 6, 2019 12:30 AM By: Hailey Schmitke 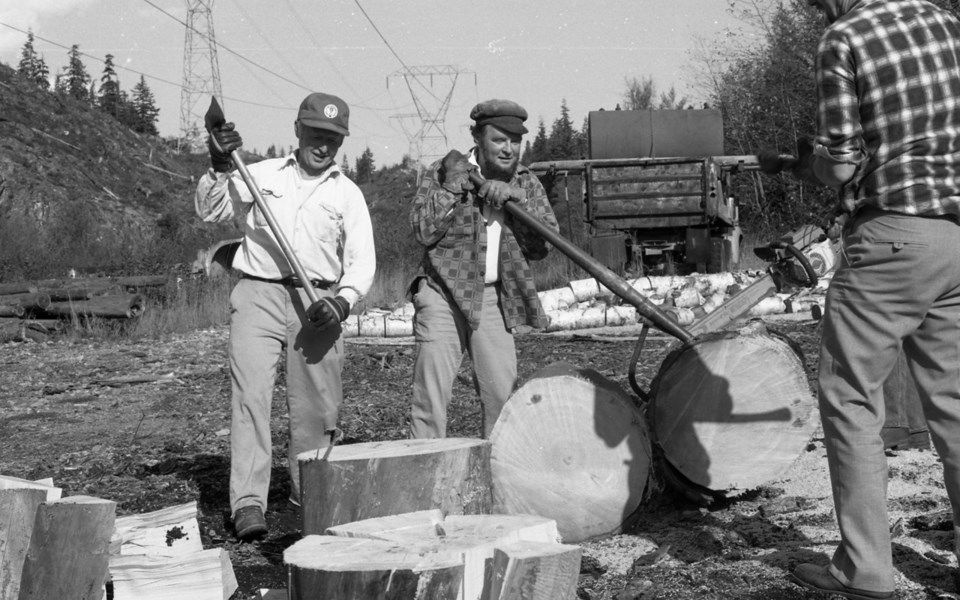 A LEGACY FROM LOGGING Don MacLaurin, left, was a pioneer of sustainable forest management in the Sea to Sky region. Photo courtesy of the whistler museum and archives

As with many newcomers, I only knew the basics of Whistler's history when I moved here, and I hadn't even thought about the influence forestry has had—and still has—on the community, development, and economy of the area. I have been working on the Don MacLaurin archival collection for the past few months, and it has shown me an important side of Whistler that I may not have discovered otherwise. I know more now about forestry and sustainable ecology than I ever could have imagined, and it's becoming very clear to me just how much MacLaurin and the rest of Whistler's fantastic long-term residents have shaped the way the Resort Municipality of Whistler (RMOW) has developed.

For those of you who don't know, MacLaurin was instrumental in the promotion of sustainable forestry and recreation within the RMOW and the Sea to Sky corridor. He spent many years—decades, in fact—working on the development and maintenance of the Whistler Interpretive Forest, from creating interpretive signs and self-guided tour pamphlets, to organizing the installation of a suspension bridge over the Cheakamus River. That suspension bridge is now known as MacLaurin's Crossing in his honour.

MacLaurin also acted as a consultant for many other projects in the region, and was very involved in the Whistler Arbour Day Committee during the 1990s, which was responsible for organizing tree planting events and other environmental awareness activities during National Forest Week.

I could go on listing MacLaurin's many accomplishments, but there's not enough room for that in this article. These are only a few of the many roles he took on (the entirety of his résumé would fill a very interesting book, I'm sure) and the documents in his archival collection are a brilliant, detailed illustration of his extensive involvement.

Archival collections (and donations to the archives, of course) are extremely important in the preservation of a community's history, especially in a place as flowing and dynamic as Whistler. Collections like MacLaurin's are an invaluable resource for researching the industries, events, and programs that have influenced Whistler, even in recent history.

As of 2017, 32 per cent of British Columbia's exports were forestry-related, so the documents in this particular collection are not only invaluable to the history of Whistler, but they also provide an important insight into the history of the province. MacLaurin's collection is a wealth of information on sustainable forest management that will aid forestry researchers for decades to come, and this is only one of the many magnificent collections housed within the Whistler Museum and Archives.

If you're interested in learning more about MacLaurin and his dazzling wife, Isobel, I would highly recommend checking out Pique's online articles, as well as articles on Whistler Museum's blog and the Arts Whistler website. They are easily accessible through a search on each organization's website, and paint a beautiful picture of these lovely Whistler locals.

Hailey Schmitke is the current Collections Coordinator summer student at the Whistler Museum and Archives. She recently received a Bachelor of Arts from Memorial University of Newfoundland, majoring in Archaeology and Religious Studies.