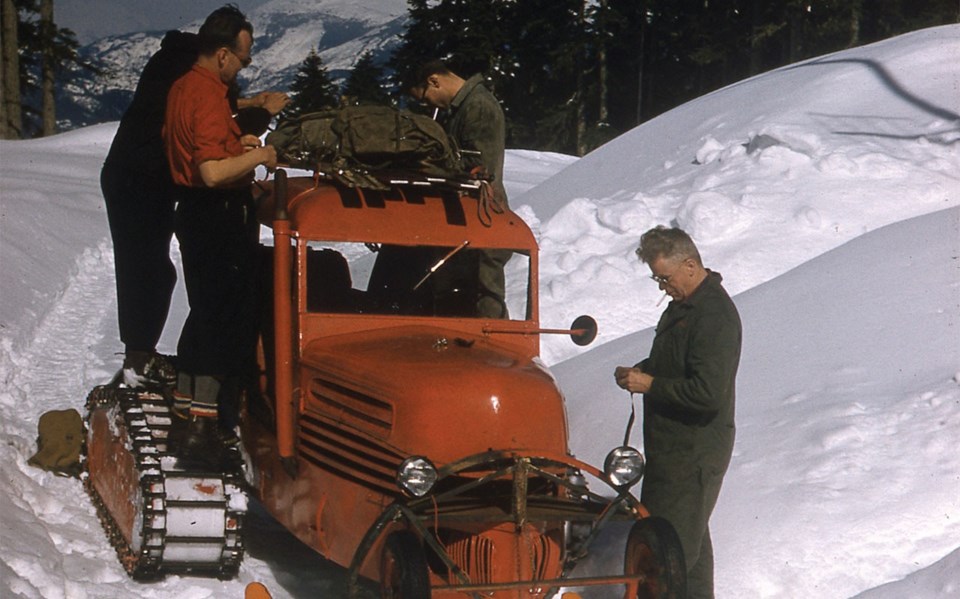 game on An expedition searches for Olympic sites in Garibaldi Park in 1960. photo from the cliff fenner collection

Over the coming weeks, there will be plenty of opportunities in Whistler to celebrate the 10th anniversary of the 2010 Olympic and Paralympic Winter Games (including the Whistler Museum's next temporary exhibit highlighting the volunteers of the Games, opening Friday, Feb. 28). While many people may still be wondering how a decade has passed, this week we took a look even further back, to when the first Olympic bid was submitted by the Garibaldi Olympic Development Association (GODA) 60 years ago.

Following the 1960 Winter Olympics in Squaw Valley, California, a group from Vancouver very quickly organized a committee to explore the idea of hosting the Games in the Garibaldi Park region. The California Games ended on Feb. 28, and in March GODA invited Sidney Dawes, the Canadian representative to the International Olympic Committee (IOC), to assist in the search for an Olympic venue. Cliff Fenner, the park supervisor for Garibaldi Park, also assisted in the search, which included reconnaissance flights, snowmobile explorations, and test skiers. London Mountain (now known as Whistler Mountain) was chosen as "a highly desirable area," and by November of 1960 GODA had put together a bid for the 1968 Olympic Winter Games, which would have seen all events take place within the Whistler Valley.

Creating a bid for the chosen site meant planning to build an entire Olympic site from scratch. Alta Lake, as the area was known at the time, was comprised of a few lodges, summer cabins, and logging operations. The valley was accessible by rail and courageous drivers could make their way up via service roads in the summer. According to the 1968 bid book, prior to exploring possible Olympic sites, the provincial government had already spoken publicly of extending the highway that ran from North Vancouver to Squamish and further north to Pemberton.

Other services we often take for granted today had also not yet reached Alta Lake. The list of venues and facilities to be built in the valley for 1968 included not just sporting venues, but also a water supply system, sewers, sewage disposal, a substation for power supply, a fire station, and a hospital.

Though the prospect of building all of this was daunting, in the bid book GODA pointed out that it had been done before, for the British Empire and Commonwealth Games that were held in Vancouver in 1954. As they put it, "Here, too, a project was begun with nothing more than an idea, a desire to hold the event here, and an enthusiasm that made the project become a reality...Given the go-ahead, work will begin to transform the Whistler Mountain area into one of the finest sites ever developed for the Olympic Winter Games."

As we know, the 1968 Olympic Winter Games were not held on Whistler Mountain (they were held in Grenoble, France), but that did not mean that all of the work of surveying, planning, and negotiating with provincial powers was for nought. Instead, GODA formed a sister organization, Garibaldi Lifts Ltd., to develop Whistler Mountain as a ski resort, Olympics or not.

Like with the bid for 1968, a tremendous amount of work was done in a relatively short time in order to open Whistler Mountain for skiing in January 1966. The ideas and enthusiasm of GODA were finally fulfilled in 2010 and, though it took much longer and looked very different than they had first planned, in five decades the Whistler Mountain area has been significantly transformed.