Prior to the formation of the Alta Lake Volunteer Fire Department (ALVFD), the Alta Lake area had no official response to fires—they were put out by the small community.
Feb 10, 2020 12:00 AM By: Allyn Pringle 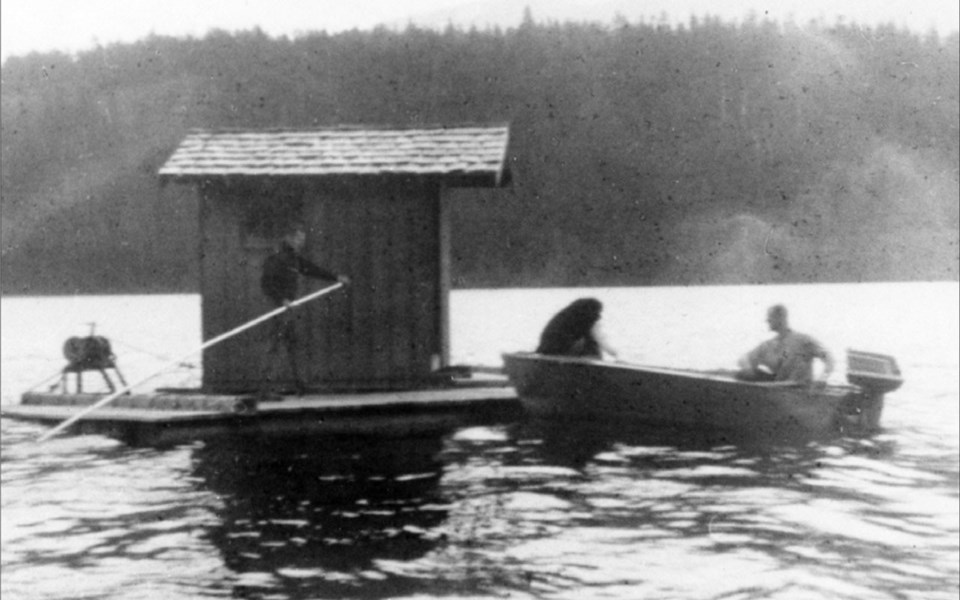 Prior to the formation of the Alta Lake Volunteer Fire Department (ALVFD), the Alta Lake area had no official response to fires—they were put out by the small community. But after two large fires in 1962, some residents decided to form their own fire department.

The first fire of 1962 is a little mysterious. On a reportedly beautiful morning in April, a single passenger got off the Budd car at the Alta Lake Station. His outfit, a trench coat and dress shoes, drew the notice of everyone at the station as he asked Don Cruickshank, the station agent, how to get to the other side of the lake.

Later that same day, Dick Fairhurst received a call from Cruickshank to check on smoke coming from the area of an old empty lodge. Fairhurst and Louis White grabbed a small fire extinguisher and a bucket each and ran to Fairhurst's boat. When they arrived at the lodge, they found that the fire had taken hold in some piles of lumber inside the three-storey building and that their buckets and extinguisher would be of no use. They also found a piece of candle at the back of the lodge, and footprints from dress shoes in the soggy ground.

By the time the evening train arrived, two RCMP officers from Pemberton were aboard and waiting to arrest the stranger in the trench coat, who had been pacing in the station while waiting for the train. Though we don't know what happened to this mysterious man after his arrest, we do know that the date of the trial was set for June 6, 1962, the date of the second fire.

This second fire appears to have been far more accidental than the first. The provincial government was building a new highway to connect old logging roads, small community roads and the Pemberton Trail.

The surveyors and their families were staying in cabins and lodges throughout Alta Lake. One couple, Bruce and Anne Robinson, were staying in a cabin at Cypress Lodge, owned by Dick and Kelly Fairhurst. Anne chose June 6, a warm day with no wind, to make bread in the old Kootenay Range in the cabin. Dick was at the trial in Vancouver and Kelly had gone to vote at the Community Hall (it's not clear what the vote was for but it is likley it was for the federal eelction). She and her children had just arrived home when Bruce arrived at Cypress Lodge to discover the roof of his cabin on fire. Kelly got on the party line, interrupting Alec Greenwood's call to his mother-in-law to announce the fire.

Luckily, Bill and Joan Green and a group of loggers were hanging out at Rainbow Lodge after voting. Bill radioed to the Van West logging operation to bring their fire pump, and Alec loaded his pump onto his tractor. Soon everyone in the area knew about the fire, and many of them came to help.

The fire, which had started by smouldering sparks in needles on the shake roof, had spread to a storage shed, but the lack of wind prevented it from spreading further. Someone moved Dick's truck onto the road, but other vehicles, piles of dry wood, and cans of gasoline, paint, diesel and propane were still around the property.

The two pumps were used to get the fire under control, and then to keep wetting everything down. The Robinsons lost almost everything in the cabin, and many pieces of Bert Harrop's cedar-bark furniture that were stored in the shed were lost, along with the tow-rope for skiing on Mount Sproatt.

Alex Philip spent the night patrolling the area for sparks, but the fire was truly out by the time Dick arrived home the next day. The community came together again to help with the clean up.

When the ALVFD was formed, its members were Dick Fairhurst, Doug Mansell, Stefan Ples, and Glen Creelman. They held regular practises and, until the formation of the Resort Municipality of Whistler in 1975, relied on fundraisers such as the Ice Break-Up Raffle and the Fireman's Ball to buy supplies. The residents of the valley relied on them in case of emergencies.