Forever and ale-ways: A history of brewing in the Sea to Sky

Patio days are upon us, and what better way to spend a sunny summer evening than having a post-work brew at one of our local breweries? With craft breweries now popping up all over B.C.
Jul 10, 2019 4:59 AM By: Alyssa Bruijns 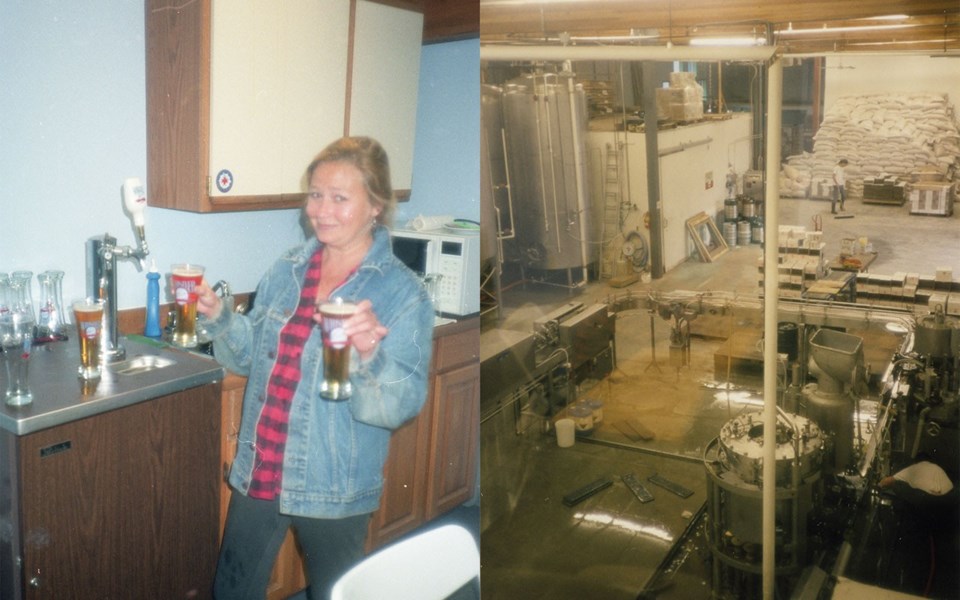 Patio days are upon us, and what better way to spend a sunny summer evening than having a post-work brew at one of our local breweries? With craft breweries now popping up all over B.C. like suds in a glass of beer, the Sea to Sky seems to have got in on the brewing action quite early.

In the 1970s, the "official" Canadian beer scene was composed of three consolidated large beer producers that basically split the market: Carling O'Keefe, Labatt, and Molson. With little or no competition among them, frequent strikes, and nearly identical lagers, Canada was ripe for some flavour innovations from new sources.

Apart from these three conglomerates, homebrewing was alive and well in Whistler. At Tokum Corners in 1971, Rod MacLeod was homebrewing based on knowledge gleaned from Bill Chaplain. A homebrew contest was begun in Whistler in 1974 (running every year into the 1990s), where the competitors had to fill a case of 7-Up bottles with their own brew to be judged. The winner received a mug trophy with their name engraved, their beer being drunk first, and the honour of hosting the contest the following year.

Homebrewing is credited as inspiring the origins of craft brewing in the Sea to Sky. In 1978, an article about homebrewing in Harrowsmith magazine piqued the curiosity of John Mitchell, a British expat who was the co-owner and manager of Horseshoe Bay's Troller Pub. He contacted the writer, Frank Appleton, and in 1982, the two enthusiasts joined forces in pioneering one of North America's first modern craft breweries in Horseshoe Bay, using cobbled-together dairy equipment. Fresh, flavourful, and interesting beer choices were clearly in demand: on opening night, the Troller Pub was packed, and all kegs of their sole craft beer, "Bay Ale," sold out.

By the late 1980s, other entrepreneurs were taking notice of the opportunity to bring new beers to the table. The Whistler Brewing Co. was first established in 1989 by Jenny Hieter and Rob Mingay. Their permanent brewery was set up in Function Junction by 1991, boasting multiple tanks and a bottling system. Though Whistler Brewing originally offered only Whistler Premium Lager, they soon added the more flavourful (and still-familiar) Black Tusk Ale to their repertoire.

Down the highway, John Mitchell helped design the new Howe Sound Brewery in Squamish and was their first brewmaster in 1996. Unique flavours and recipes were continually developing in the Sea to Sky corridor. In 1997, High Mountain Brewing Co. (Brewhouse) opened, and was the only option for craft beer in Whistler Village.

Nowadays, the craft beer scene is really taking off. Coast Mountain Brewing opened its doors in Function Junction in the summer of 2016, Pemberton has welcomed Pemberton Brewing Co. and The Beer Farmers, and Squamish hosts newcomers A-Frame Brewing and Backcountry Brewing.

New flavours keep emerging, sometimes on a weekly basis. Locals have been adamant in their support for our local craft breweries, and local breweries have paid tribute to our local culture with beer names like "Death Before Download Pale Ale," "Hazy Trail Pale Ale," "Gaper Juice Hazy Session Ale," and "Lifty Lager." The community has a strong advocate in our breweries, and our early innovation in the craft brew scene has provided some absolutely delicious après sessions along the way. But don't take our word for it—check out these local breweries for yourself!