Happiest in the mountains: Stefan Ples

Well before people started to pay for lift access and a day's skiing, skiers were climbing Whistler and the surrounding mountains, either in search of skiable terrain—such as the George Bury expedition in 1939—or simply to spend time outd
May 15, 2020 2:00 AM By: Allyn Pringle 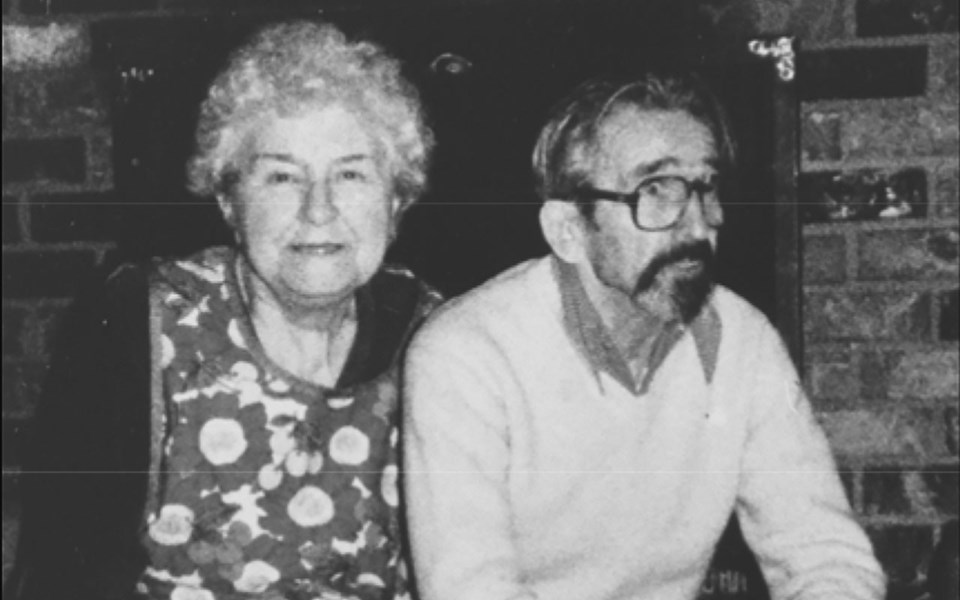 Stefan and Gerda Ples moved to Vancouver before living in Whistler. Courtesy of Bareham family

Well before people started to pay for lift access and a day's skiing, skiers were climbing Whistler and the surrounding mountains, either in search of skiable terrain—such as the George Bury expedition in 1939—or simply to spend time outdoors exploring, such as Pip Brock in the early 1930s. One person who spent countless hours ski touring on Whistler Mountain was Stefan Ples.

Born in Vienna, Austria in 1912, Ples spent much of his life surrounded by mountains. When he was a young man, it was common to work until noon on Saturdays, leaving Saturday afternoons and Sundays free. According to his daughter Renate Bareham, Stefan would work until noon and then get on a train or his bicycle and head for cabins in the mountains. Ski lifts were still relatively new and uncommon at the time (the first recorded ski lift was built by Robert Winterhalder in Germany in 1908), and so Stefan would spend his time climbing up the mountain, skiing down only once at the end of his trip. This would remain his preferred way to ski for the rest of his life.

During the Second World War, Stefan lived in Hallein, a town outside of Salzburg. His wife sadly passed away, leaving him with their young son Steve. After a move to Sweden, Stefan met Gerda. She came from Leipzig, Germany and had lost her fiancé in the war. Like Stefan, Gerda was planning to come to Canada. The pair got married and Stefan, Gerda and Steve came to Canada together, docking in Halifax and then going by train to Montreal. In Montreal, Stefan would hike up Mount Royal whenever he got the chance, though it couldn't compare to the mountains he grew up in. The family spent some time there before moving on to Vancouver.

In Vancouver, Stefan and Gerda ran a rooming house in the West End, a Victorian building located on Denman and Davie streets, right by English Bay. Renate, who was born to Stefan and Gerda in Vancouver, remembered that their house became the first stop for Austrian immigrants coming to the city. In 2013, she told the museum, "I think I met just about every Austrian that came to Canada in the first 10 years that I was born."

Settling in Vancouver also meant Stefan was once again living amongst mountains. In the early 1950s, he became a founding member of the Tyrol Ski and Mountain Club along with Norbert Kamnig, Fips Broda, and Erhard Franks, instructors at Hans Brunner's ski school on Hollyburn Mountain. The club soon built a cabin on Mount Seymour, where Stefan and his family would often go in the summers. Renate learned to ski on rope tows on both these mountains, though she remembers Seymour more clearly.

According to the club, it was a chance meeting with an Alta Lake resident at a cobbler that first introduced Stefan to the area around Whistler Mountain. He and a few other club members took the train up to Alta Lake and were impressed with the location, returning afterward to continue ski touring around the area. In 1959, Stefan and Gerda went further and bought a property on Alta Lake next to Cypress Lodge. This became their own cabin in the mountains, though it would be a few more years before the family moved to Alta Lake full-time.

Next week, we'll continue our look at Stefan Ples and his family's time at Alta Lake and Whistler Mountain.

Whistler’s Silver Book
Nov 15, 2020 9:00 AM
Comments
We welcome your feedback and encourage you to share your thoughts. We ask that you be respectful of others and their points of view, refrain from personal attacks and stay on topic. To learn about our commenting policies and how we moderate, please read our Community Guidelines.