A couple of summers ago we shared some of the story of Mollie Stephenson. The bulk of the information we have about Mollie comes from her own writing, as in 2010 her daughter sent the museum part of an autobiography written by Mollie.
Jul 15, 2019 1:00 AM By: Allyn Pringle 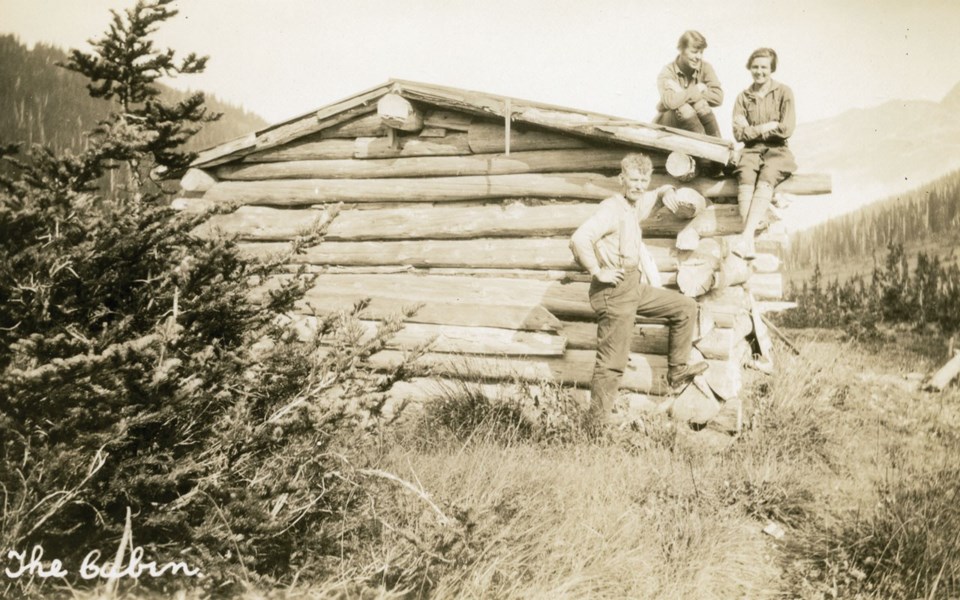 A couple of summers ago we shared some of the story of Mollie Stephenson. The bulk of the information we have about Mollie comes from her own writing, as in 2010 her daughter sent the museum part of an autobiography written by Mollie. This included information about Mollie's time working at Rainbow Lodge.

Like many people who spend a few years (or decades) in Whistler, Mollie Stephenson first came to the valley to work for one season. What makes Mollie's story rather different, however, is that she first came to the area in the summer of 1926.

Mollie had been enrolled at Normal School in Victoria with plans of becoming a teacher but was unable to attend as a bad chest cold turned into bronchitis and her doctor prescribed a drier climate. At the time, Alex and Myrtle Philip were advertising for girls to work in the dining room of Rainbow Lodge, and so Mollie left for Alta Lake in May of 1926, intending to return to Victoria to attend Normal School in the fall.

Life at Alta Lake soon cleared up Mollie's cough and in July she transferred from the dining room to work as a wrangler and guide for the rest of the summer. Each day she would spend 12 to 14 hours out in the forest with the 15 horses Rainbow Lodge had use of.

Trail rides were popular with Rainbow Lodge guests and Mollie would often take groups for breakfast at Lost Lake, Green Lake or near a stream. Lam and Sam, the cooks at Rainbow Lodge, would pack ingredients and every rider was given a job, whether building a fire, making the coffee or preparing the pancake batter. By the time the food was ready everyone in the group would have a hearty appetite.

When September arrived, Mollie was already looking forward to her next season at Rainbow Lodge and instead of returning to Normal School in Victoria accepted a temporary job at the Uppingham School kindergarten in Oak Bay.

Though Mollie spent the majority of her time at Rainbow Lodge working as a wrangler, she also participated in other aspects of life at the resort, including dances, masquerades, tennis, hiking and swimming. She once even out-swam visiting naval officers, a tale that is perhaps best told through her own words.

"I loved swimming, although racing never appealed to me," wrote Mollie. "Swimming for miles was like an interesting hike but on the water.

"I had been swimming across the lake all summer, although never the length of the lake. One day a couple of naval officers staying at the Mons Hotel asked Alex Philip if any of his guests would join them in a friendly race from MacDonald's cabin, at the south end, to the River of Golden Dreams, at the north end. Alex approached me. I explained that I wasn't into fast swimming or racing, but as there were no other contenders I would swim along with them, on condition that they didn't expect me to win. Soon they were ahead, but when we were more than half way across we hit an unexpected glacial current that took one's breath away. At this point the fellows had had enough and headed to the beach. The "tortoise" kept on going until I walked onto the beach at the River of Golden Dreams. There was a huge bonfire burning and Myrtle had a warm blanket to wrap me in. My prize came after dinner when the two officers asked me to dance with them!"

Mollie spent several summers at Rainbow Lodge, and like many who have come after her, unexpectedly fell in love with the area and its outdoor lifestyle. Though she went on to marry and live elsewhere, Mollie will always be remembered as one of the first seasonal workers who just couldn't keep away from the valley.