How times have changed in housing

Looking through Whistler publications from the 1970s, it's easy to see that building and design in Whistler has changed a lot over the decades.
Nov 14, 2018 5:00 PM By: Allyn Pringle 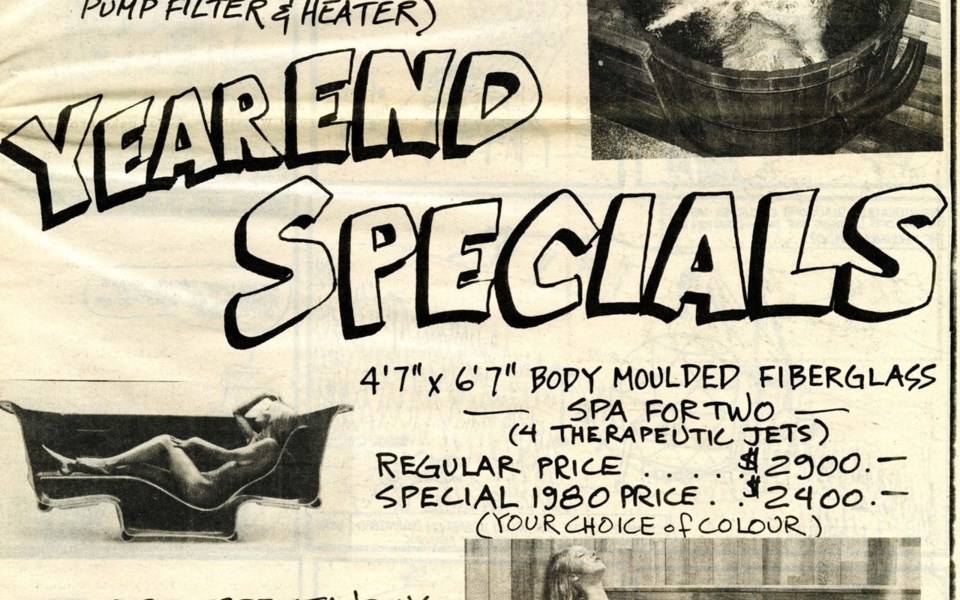 Looking through Whistler publications from the 1970s, it's easy to see that building and design in Whistler has changed a lot over the decades. It's rare today to see a newly constructed A-frame, Gothic arch cabin or a condo advertised using wall-to-wall shag carpeting as a selling point. A-frames and saunas also seem to be disappearing from town.

Not all saunas built in Whistler necessarily met the criteria of H.J. Viherjuuri, one of the founding members of the Suomen Saunaseura (Finnish Sauna Society), to be considered a true sauna. He and other members defined a sauna as a room or hut built of wood and containing stones heated by some kind of stove. These stones heat the air to upwards of 71 degrees Celsius and water can be thrown on the stones to produce steam, called löyly. Unlike steam rooms, Viherjuuri explains that the air in a sauna remains dry as the moisture is instantly absorbed by the wooden walls of the room.

To be considered a true sauna experience, it's best to use a multi-round process, alternating between hot and cold temperatures, whether that means taking a cold shower, jumping in a lake or even rolling in snow. The process often also includes light beating with leafy birch branches to clean the skin. Without knowing how saunas built in Whistler were used in the 1970s, it is impossible to assume they met the requirements of this definition. The term sauna was, however, used to attract buyers and visitors to various properties.

In advertisements placed in Garibaldi's Whistler News, the Christiana Inn, Highland Lodge, Cheakamus Inn, Ski Boot Lodge, and Whistler Inn all featured the word sauna among their various assets. The Whistler Inn, described as "an ultra modern, yet rustic lodge" listed its sauna first among their attractions "available for your added enjoyment and comfort."

Many of the condominiums built around Whistler at the time also included saunas, whether private or shared, for the use of guests and residents. Blackcomb Condominiums, Telemark Townhouses and Alpenfrost condos all had saunas available and the "very deluxe units" of Adventures West included "dishwashers, saunas, washing machines and dryers."

Perhaps best known is the example of Tamarisk. The first phase of Tamarisk, built in 1973, included 146 units, each featuring a sunken-living area, a "massive stone fireplace," shag carpet, and a private sauna.

Saunas remained a popular part of aprés-ski culture into the 1980s. For those who didn't already have their own sauna, Wedge Mountain Construction advertised in The Whistler Answer in December 1980 that it could build one for you. You could also purchase a freestanding sauna kit from California Pool & Spa for $900.

Though houses may still contain saunas, many of these rooms are now used for purposes other than bathing. Growing up in a 1980s house built with one of these wooden rooms, as a small child, I thought "sauna" was just another word for storeroom. Rather than attract buyers with the promise of their own private sauna, house listings today are more likely to advertise a Tamarisk unit with a converted sauna.

While saunas may not be nearly as prevalent as during their 1970s and '80s heyday, they can still be found in Whistler at Meadow Park Sports Centre, various hotels, the Scandinave Spa and even some private residences.