How to host an Olympics 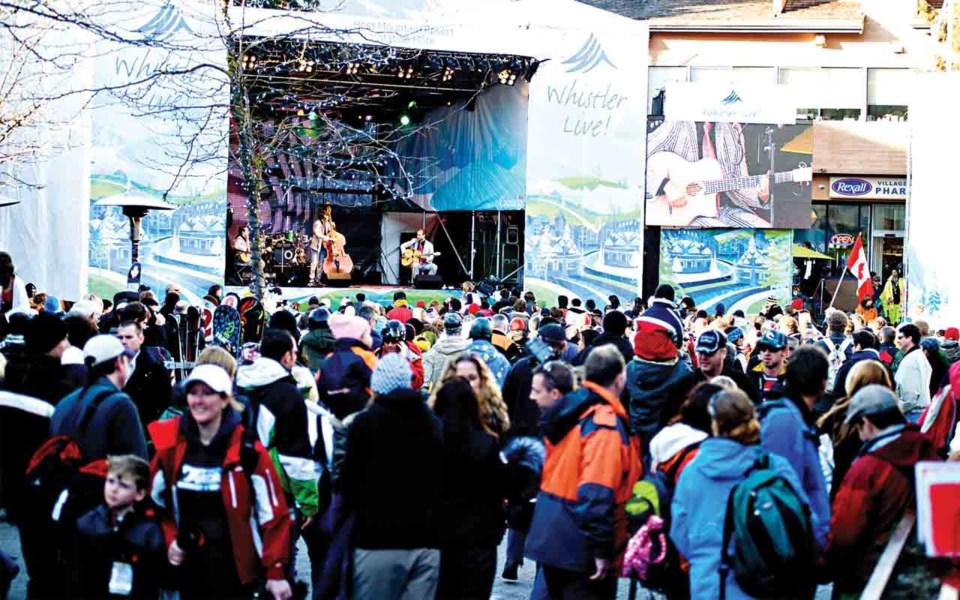 WHISTLER LIVE Spectators could always find action at the Live stage in Village Square during the 2010 Games. Photo by Anastasia Chomlack courtesy of the Resort Municipality of Whistler

This past Thursday, Feb 15, the museum was thrilled to welcome John Rae, Mo Douglas and Kristen Robinson (KR) as our speakers for "Behind the Games: Creating the 2010 Olympic Experience."

The three began the evening with a look at the years of planning, partnerships and collaborations that went into creating not only the Olympic bid, but also the Games themselves. Hosting the Olympics is a huge undertaking and, like anything you plan for, it seems some of the best stories are the ones that you don't expect.

From the volunteer staying in Birken who was determined to come work the Olympics despite a recent kidney transplant, to the absurdity of asking the RCMP to please pull over and ticket speeding VANOC cars even though they were the only ones on the road, to knocking on the doors of the National Japanese Olympic Committee to borrow mittens for a medal ceremony, the stories of the three speakers demonstrated that some things cannot be planned for.

Robinson was the festival director for Whistler Live. The Whistler Live team had the task of planning, creating and broadcasting programming for eight to 15 hours every day of the Olympics in six different venues, all controlled from one studio. This included live performances, interviews, street entertainment, photography, films and, of course, the Olympic sports. According to Rae and Robinson, scheduling the programming began with the sports, which included trying to find a way to show all Sea to Sky athletes.

Other content was slotted in around the sporting events. As competitions and other events could be postponed and rescheduled without too much notice, running Whistler Live was a delicate balancing act, one Rae described as "a chess game that was being played every day."

The first day of Whistler Live didn't go entirely smoothly. First, the horses that were supposed to lead the parade of Canadian athletes into Village Square went home sick.

Said Robinson of that day: "We're just trying to get this group back and we're learning how to switch out the CTV feed and the Hairfarmers were playing, and that was great, and then all of a sudden, we're kind of getting into our groove, and this big (notice) on the screens comes up and it's like 'I'm sorry, Bell Expressvu is no longer in service.'"

Thankfully, the Whistler Live team was able to return the feeds just as the Canadian team rounded the corner into Village Square. The next day, it was discovered someone at Bell in Toronto had noticed Whistler Live had multiple accounts on the system and were consolidating them, taking away the feeds.

We'd like to thank everyone who came out on Feb.15, especially our speakers. Keep an eye on our blog for more untold stories of the Whistler 2010 Olympics.