The idea was that everyone at any level of management at Whistler Mountain had to spend at least one day a month during the winter season working a shift on the frontlines
Jan 4, 2021 8:00 AM By: Allyn Pringle 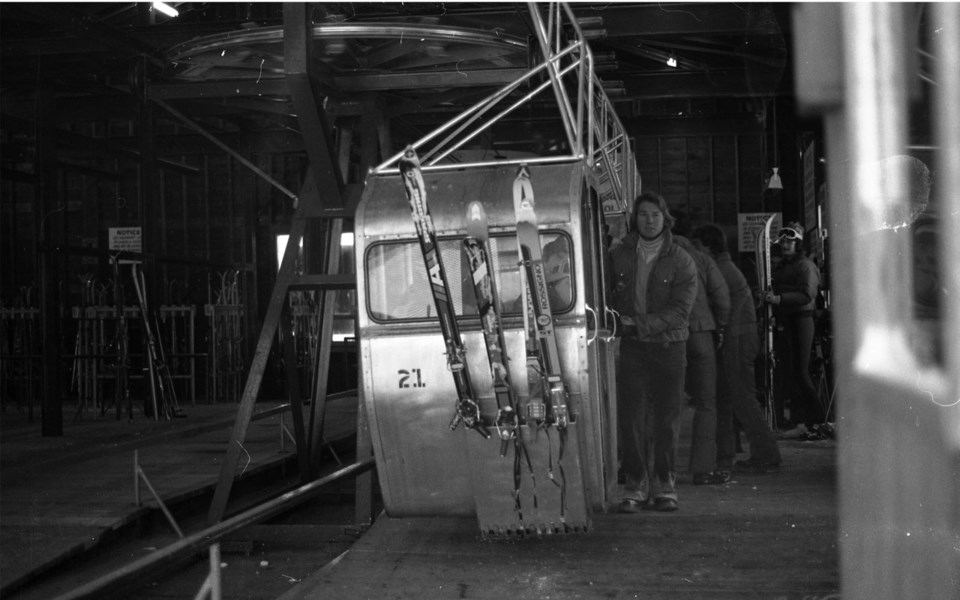 Senior staff at Whistler Blackcomb had to try other frontline workers’ jobs every month, including loading the gondolas, which meant physically moving the cars and pushing them out of the barn. Whistler Question Collection

Last week we took a look at the response to Blackcomb Mountain’s first traffic jam, when Lorne Borgal (Blackcomb’s administrative manager), Hugh Smythe (Blackcomb’s president) and Al Raine (then the general manager of the Whistler Resort Association) ended up directing traffic on Highway 99 in the dark and snow. When moving over to Whistler Mountain in 1983, Borgal brought this idea that performing duties outside of your own job description could have valuable benefits and made it into policy.

The idea was that everyone at any level of management at Whistler Mountain had to spend at least one day a month during the winter season working a shift on the frontlines (apparently many considered grooming the best assignment). Mike Hurst, the vice president of marketing, described the initiative this way: “So Lorne would have to be up at Pika’s cooking breakfast, or he’d have to be in the car park, or he’d have to be a liftie for a day, and, boy, did that ever change the mentality of the management people.”

During a Speaker Series in 2015, Hurst recalled his own experience working on the phones at the beginning of December when he received a call from a person from Ontario planning to come ski at Whistler. Their question was, “We’re coming in February, we’re all booked and everything, so what’s the weather gonna be like?” Hurst took a moment and looked around, and then replied, “OK, I’ve got the Farmer’s Almanac here, and what week is that? The 7th to, OK, yeah, that looks pretty good. It’s gonna be a little colder than normal, but just the week prior to that there’s a whole dump of snow so there’ll be beautiful fresh snow. It’ll be wonderful, yup, but listen, don’t forget, we’re on the coast. So make sure you bring various changes of clothes just in case, but it looks like a sunny week and it looks great, so you’re gonna have a great time.” The customer was satisfied with the answer, though Hurst did not recall whether that week in February was as great as he promised.

While Hurst may have used his marketing skills to sell Whistler Mountain on the phones, the experiences of others helped identify problems and gave management a clear idea of what conditions were like for frontline employees. One such experience was the day that Whistler Mountain’s CFO David Balfour spent loading the old Whistler gondola.

The role of CFO was described by Borgal as “don’t spend money,” at least not money that hadn’t been budgeted already. A shift loading gondolas involved loading the freight up in the morning, loading people all day, bringing the garbage down at the end of the day and putting all the cars away. All of this was done manually as the gondola was still a fixed-grip lift.

Balfour worked the gondola shift from beginning to end and, as Borgal remembered, was exhausted. Borgal said, “I couldn’t stop him talking at me about what we had to change, because this was not humane.” Balfour wanted to make changes to make the job easier for those who did it full time, even if it did mean spending some money.

Balfour’s experience reportedly demonstrated the value of having managers work a frontline position. It created bonds between staff who might not have otherwise interacted much, and made it easier to demonstrate the need for operational changes. According to Borgal, “If you had to do that frontline job, you really learned fast about what was going on.”