With all the bands, concerts and events going on in Whistler in the summer, it's easy to forget about the Boot Pub and all its past glory in laying the groundwork for the entertainment scene we know today.
Aug 1, 2018 6:00 PM By: Angela Leong 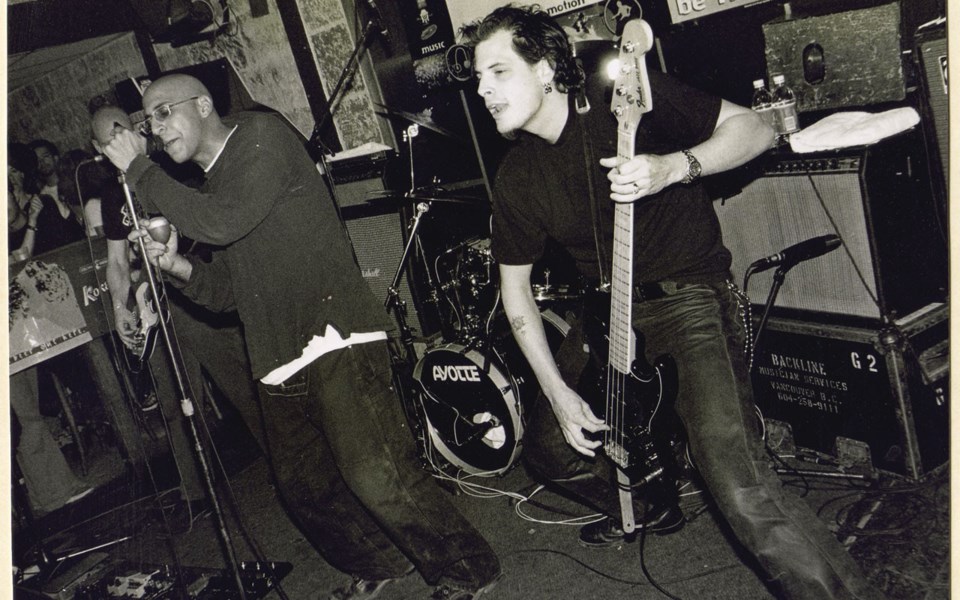 With all the bands, concerts and events going on in Whistler in the summer, it's easy to forget about the Boot Pub and all its past glory in laying the groundwork for the entertainment scene we know today.

For those who haven't heard about it, the Boot Pub opened its doors in 1970 as part of the Ski Boot Lodge Motel at the corner of Highway 99 and Nancy Greene Way and soon became legendary. It was a place where ski bums could lay their heads for just $5 a night, where travellers on a shoestring budget could find a relatively cheap place to stay in an increasingly expensive resort.

Sadly, the Boot served its last customers in 2006, but to this day nearly every longtime resident of Whistler has a story to tell about the bar and live-music venue—it even hosted the Tragically Hip along with other performers such as She Stole My Beer, The Watchmen, Michael Franti & Spearhead, D.O.A. and SNFU.

The Hip, one of the most popular bands in Canada, played a surprise concert at the Boot in 2003—they had booked the venue under the band name The Fighting Fighters and their performance was top secret until they came out on stage to raucous applause.

While the design of the building and the weathered, cedar-shingle siding didn't have any particular appeal to the eye, it became a place that captured the local lore of Whistler in its over three decades of operation.

Nicknamed the locals' living room, it was comfortable and lively, a place where you could drink cheap beer and listen to great live music.

It soon became one of the main social and cultural attractions of the growing town, helped by a few rowdy stories to lock in its notable reputation. Many of these stories seem to include unique entrances, such as an Aussie bartender who rode into the pub on his horse (rather than hitching it to the post outside like others did), an ex-coach of the Crazy Canucks ski team riding his motorcycle in, and even someone arriving inside by snowcat.

While the Boot Pub operated mainly as a pub and a venue for live music, it was also notorious for hosting a different kind of live entertainment: the infamous Boot Ballet. Yes, it was for many years Whistler's exotic dance venue.

After over 35 years in business and a few ownership changes, the Boot closed just a few years after it was purchased by Cressey Development Limited, a Vancouver-based company.

It may have been inevitable that the Boot Pub would be subjected to redevelopment given its location within walking distance of the village, but there is little doubt that places like the Boot Pub were vital in helping to nurture Whistler's famed ski culture, which attracted skiers and travellers from all over the world.

Whistler is a dynamic and compelling place and comparing the Whistler of today to the Whistler of the '70s is almost impossible. The resort is constantly undergoing changes to meet the demands and investments of an international destination resort, but looking back, it is clear that during the resort's early days, the Boot Pub was more than just a local watering hole—it was where Whistler came to relax and share the stories that have become our history.

Angela Leong is one of two summer Collections Assistants at the Whistler Museum. She will be returning to Simon Fraser University in the fall to continue her degree in Health Sciences.