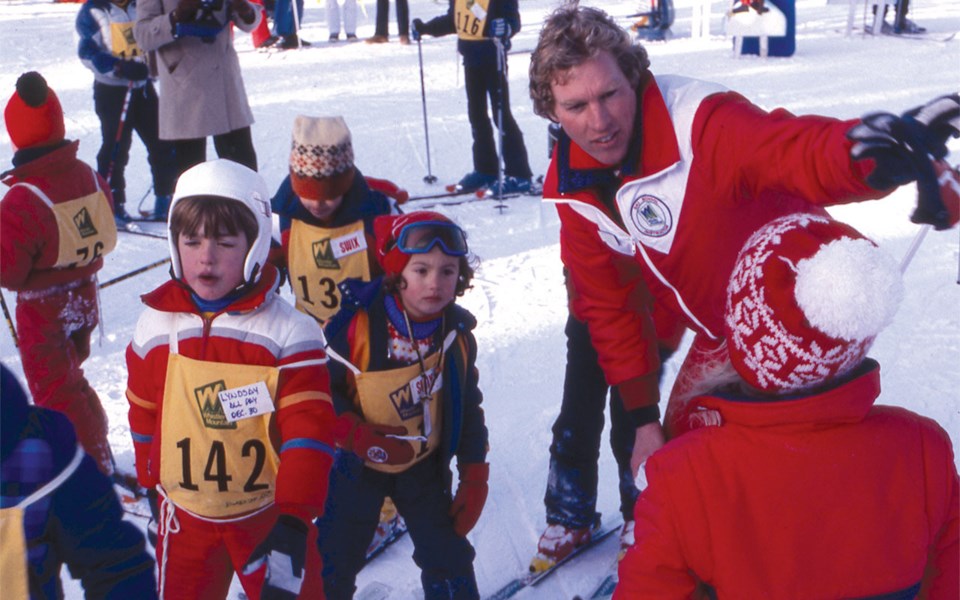 If you listened to Vancouver radio in the 1980s, chances are you heard radio ads for Whistler Mountain featuring Dave Murray.

Targeting Lower Mainland listeners, the ads had a very catchy tune that urged listeners to “Get away to Whistler” and Murray’s voice explaining why skiers should head to Whistler Mountain.

One of the creators of the ads was Mike Hurst.

Hurst first came to know Whistler in 1971 while working as a marketing executive for Labatt’s Brewing. He left Labatt’s in the early 1980s to raise his family in B.C.  About a month after he arrived, he received a call from the Whistler Mountain Ski Corporation (WMSC) offering him a job as vice president of marketing. He was presented with the challenge of competing with the newly opened Blackcomb Mountain while, at the same time, cooperating with Blackcomb to market Whistler as a destination for skiers.

To complicate matters further, when Hurst asked about the marketing budget, he was told, “Well, zero.”

Nevertheless, he began working for WMSC and stayed with the resort until he returned to Labatt’s in 1989.

In 2015, Hurst participated in a Speaker Series at the Whistler Museum along with Lorne Borgal and Bob Dufour during which he described his early years of working for Whistler Mountain. During his part of the presentation, Hurst talked about some of the programs and marketing that those who skied Whistler in the 1980s and 1990s will find familiar.

At the time, WMSC was adjusting to the idea that they were no longer the only ski hill in town. Blackcomb Mountain was proving worthy competition with on-mountain restaurants, a ski school specifically for kids (Kids Kamp), and an overall focus on friendly customer service.

One of the most enduring Whistler Mountain programs that Hurst spoke about was the master camps run by Dave Murray.

After Murray retired from racing in 1982, he and Hurst sat down to talk about him coming to work at Whistler. According to Hurst, he asked Murray what he wanted to do and over the next hour and a half, Murray laid out his vision of using race training techniques to improve recreational skiers’ abilities, partly by getting them involved in competing against themselves for fun. Murray was made director of skiing for Whistler Mountain and his camps soon became a reality for all ages.

Murray’s new position included becoming the spokesperson for WMSC, which is how he came to be the voice on their radio ads (Hurst said that at the time they couldn’t afford television). According to Hurst, Whistler Mountain was seen as “the big ol’ tough ol’ mountain from way back,” while Blackcomb had a reputation as a friendly family mountain.

Murray was able to change that perception by engaging with people and making the mountain personal.

Murray told Hurst that he had never done radio ads before, but that didn’t stop them. Hurst wrote some ads and they went down to the studio in Vancouver to record for an hour.

Hurst said that, “It was amazing to watch Dave ... First couple of times he fumbled and bumbled, but the third time, nailed it.”

They even had time to record extra ads, written on the spot.

Each ad starts with the same phrase, “Hi, I’m Dave Murray of Whistler Mountain,” after which Murray would talk about the variety of skiing options on offer, Whistler’s new Never-Ever Special, Whistler’s improved dining options, Ski Scamp programs, or his Masters Racing Camps.

The ads were personable and friendly, with Murray encouraging skiers to “ski with me on my mountain.”

The 1980s were a period of huge change for Whistler Mountain and for the area as a whole, and Dave Murray and Mike Hurst played a large role in changing the way that Whistler Mountain presented itself and operated during this period.

Keep an eye out for more stories from the 1980s over the next few weeks and months!