With tomorrow (Friday, June 21) officially marking the beginning of summer, we're reaching the time when all the plans and preparations for the season come to life.
Jun 23, 2019 1:40 AM By: Allyn Pringle 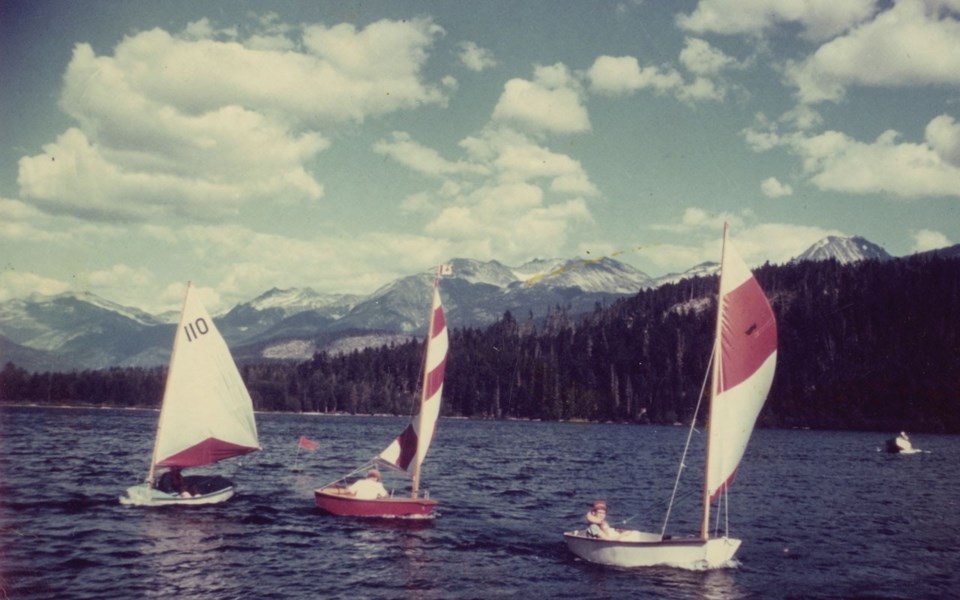 SWEET SAILING Summer was a busy time at Alta Lake in the early days of the resort's history. Photo from the Philip Collection

With tomorrow (Friday, June 21) officially marking the beginning of summer, we're reaching the time when all the plans and preparations for the season come to life. This change of seasons would have been a particularly busy and expectant time for the residents of Alta Lake in the early days. Long before Whistler became known internationally as a ski resort, Alta Lake was a popular summer destination that drew short-term visitors and summer residents to join those who stayed in the area year round.

Sixty years ago, Alta Lake had no local government, no newspaper and certainly no Facebook groups to notify residents of the goings on (official or unofficial) in the area. Social gatherings and community initiatives were often organized through the Alta Lake School and the Alta Lake Community Club (ALCC), founded in the early 1930s and 1926 respectively. When it came to preparing for an eventful summer, the ALCC played an active role in preparations and kept its members up to date on community efforts through its newsletter, the Alta Lake Echo.

The Echo was published from 1958 to 1961 and ran weekly through the summer months of 1959. At the time it was edited by Don Gow, who brought a personal touch to the sharing of news, the description of events and updates on comings and goings, seemingly of everyone in the valley—this lead to some entertaining issues.

(In one issue calling for newsletter subscription renewal, Gow threatened to cut off the circulation or, even worse, "we will print your names in the paper and let everyone know how cheap you are.")

Members of the Alta Lake community began preparing for summer in May with a dance at the Community Hall to kick off events for those in the area. Before this could happen members of the ALCC were reminded of a "Hall Clean Up Day," the main purpose of which was to wash and wax the floor. Those planning to pitch in were urged to bring their own tools and reminded that "the more who show up the quicker we can get fishing."

By May preparations and repairs were also underway at the lodges around Alta Lake as they looked forward to welcoming their first guests. Jack and Cis Mansell returned from a winter presumably spent in warmer climes to ready Hillcrest for the season, and Russ and Maxine Jordan improved the porches at Jordan's Lodge. Smitty and Don (surnames not included in Echo article) had plans to rebuild the Mansells' raft in front of Alta Lake Station, used to ferry guests across the lake.

The first dance of the season, scheduled to start at 9 p.m. and end "when we're dang good and ready" over the May long weekend, was well attended and a good time by all accounts. While Rainbow Lodge had not yet opened, the other lodges and accommodations around the lake were full. Though many people returned to Vancouver and other cities after the weekend, the ALCC continued planning events through the month. Weekly dances and shows were scheduled to begin in June and the annual Fish Derby was set to run from July 1 through September 6. A $10 prize was on the line for the largest Rainbow Trout caught in Alta Lake "by any legal method."

Summer was in full swing by July as families returned to their summer cottages and the lodges were filled with those escaping the city. Work days such as the "Hall Clean Up Day" would resume in the fall and the lodges might undergo more renovations, but until then those at Alta Lake were too busy enjoying all the area had to offer, and the events they had planned for so long.