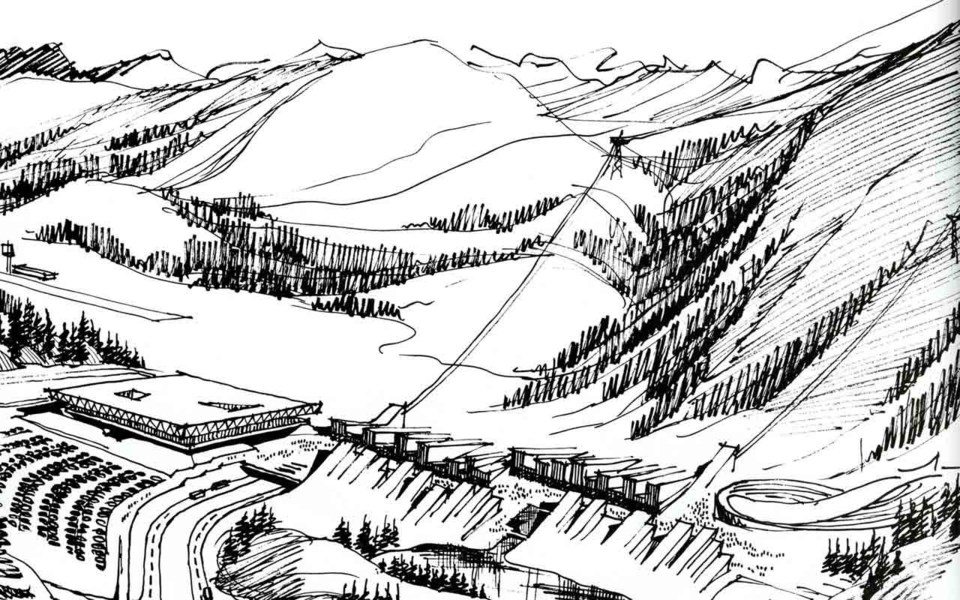 DREAMSCAPE The planned location of Olympic venues for the 1976 Games would have made for a very different village than the one we know today. Photo from the 1976 Vancouver/Garibaldi bid book

However, Vancouver/Garibaldi ended up being taken out of the running because the IOC chose Montreal to host the Summer Olympics in 1976. The Winter Games were awarded to Denver, Colorado instead.

But the political climate was changing in the 1970s, and in the face of growing environmentalist movements and concerns over the expenditures made to host an Olympic Games, Denver decided to hold a referendum on hosting the mega-event. The 'No Games' side won the referendum — and to this day, it is the only city and state to reject the Olympic Winter Games after successfully winning a bid.

The referendum was held on Nov. 15, 1972. It left the IOC in a lurch and the Olympic Committee, thinking it easier to have the Games remain in North America, offered them to Vancouver/Garibaldi.

The Government of Canada was willing to chip in $10 million dollars to help Vancouver and Garibaldi host the 1976 Winter Olympics, as long as the provincial government provided matching funding.

Dave Barrett, Premier of British Columbia and leader of the first NDP government in British Columbia, had been in office for two months when the issue of hosting the Games came up. He felt the money would be better spent on other priorities as opposed to hosting the Olympics.

W.A.C. Bennett, who had just lost to Barrett and was the leader of the Social Credit Party, claimed he would have given the Vancouver/Garibaldi Olympic Committee the money.

John Fraser, President of the Garibaldi Olympic Development Association (GODA) at the time, felt that, because of the recent government change, and as local support for the Games was at an all-time low following the initial bid rejection, it wasn't the best time to host the Winter Games. They too passed on hosting the 1976 Winter Olympics.

Other commentators were disappointed, but at the same time relieved that the Garibaldi area and Whistler would be able to develop at a more leisurely pace.

John Jerome wrote an article in Skiing in 1971 titled, "I'm Glad Whistler lost the Olympic Bid — Glad, do you hear?"

In it he said: "... I felt their immense disappointment keenly; I knew how bloody hard and long they had worked for that award; I loved them for their effort. But deep down inside I was glad they failed."

The IOC ended up reusing a past host site to hold the 1976 Winter Olympics in Innsbruck, Austria. This was the first time in the modern Olympic Games that a site hosted the Olympics twice with the previous being held in 1964.