Tourists, trains, and the Cariboo Prospector

A few weeks ago, we wrote an article about the history of the Pacific Great Eastern (PGE) Railway.
Dec 10, 2019 12:30 AM By: Hailey Schmitke 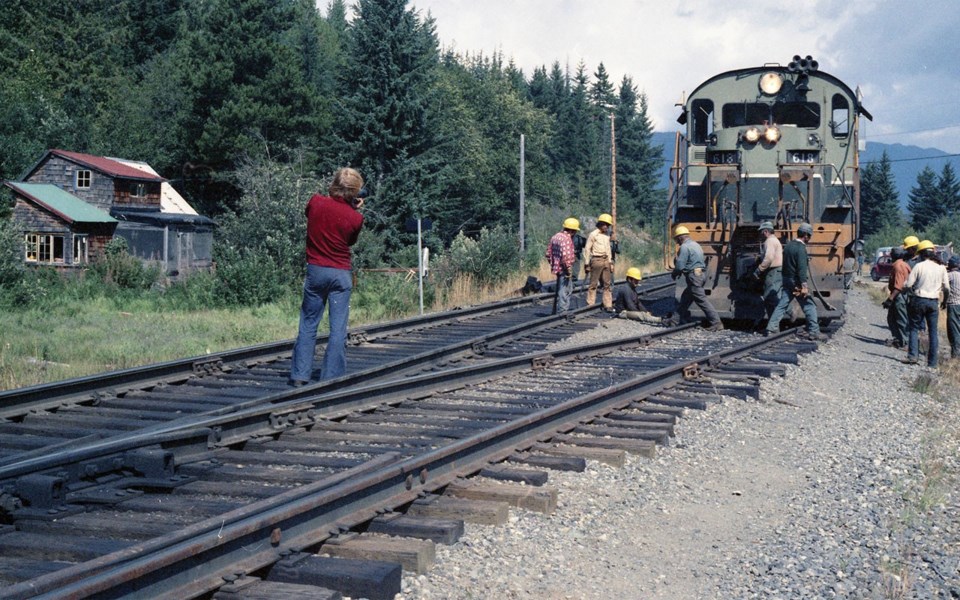 Many communities all along the PGE line were very optimistic about how the railway's services would help expand infrastructure and encourage their communities to grow. As it turns out, they were right—once the rail line was operational, many towns saw significant population increase.

The passenger trains were a definite asset for tourism in B.C. From the beginning, the railway was a quick, easy way for people to visit Alta Lake, which later became the booming Resort Municipality of Whistler (RMOW). The PGE started advertising travel options for campers, fishermen, and vacationers as early as 1915.

In the early 1930s, a trip along the PGE line was advertised in newspapers as "the perfect vacation," and by the end of the decade, the PGE had partnered with Union Steamships to provide tourists and travellers with special one-day excursion packages.

One of the longest-running passenger services on the PGE line was named the Cariboo Prospector. The route was serviced by a dayliner that eventually took passengers all the way from Vancouver to Prince George once the rail line was complete. It boasted a fleet of the Budd Company's self-propelled, diesel, multiple-unit railcars—the first seven of which were bought brand-new in 1956. Those seven railcars cost the PGE $1.5 million, which equates to just over $14 million in today's currency. At the time, the coaches were state-of-the-art railcars, the largest of which seated 89 people and provided passengers with the luxury of air conditioning.

In 2001, BC Rail introduced another passenger service called the Whistler Northwind. The new, luxury train ran a similar route as the Cariboo Prospector, and many people worried that the new train would prove to be too much competition for the older one. That concern proved to be unfounded. In the year that it ran, the Whistler Northwind only carried about 2,000 passengers, a small fraction of people travelling via BC Rail.

Despite the praises of train enthusiasts worldwide, and the efforts of newspapers in B.C. to draw more attention to the beautiful, historic route, the high costs of running a railway caught up with BC Rail. After years of struggling to make ends meet, they were forced to shut down passenger services in 2002. The decision was met with a lot of backlash from communities along the rail line, which argued that they depended on the trains to bring tourists to their communities.

In fact, the Cariboo Prospector served around 81,000 customers in 2001 alone, about 45,000 of which went to Whistler as their final destination. Protests were held in an attempt to convince BC Rail to reverse their decision, and Dan Stefanson, the director of the Northern BC Tourism Association at the time, was even quoted in a Houston, B.C. newspaper saying that cancelling the passenger services was "the worst tourism decision made in B.C." Despite everything, though, the financial consequences of continuing to run the trains were too much. The beloved Cariboo Prospector made its last trip on Oct. 31, 2002.

If you would like to learn more about trains in the Whistler Valley, come stop in at the Whistler Museum! You might be surprised what history you'll uncover.