Nestled along the Valley Trail near Fitzsimmons Creek, the Whistler Skate Park is a popular summer hangout for skateboarders and board sport enthusiasts.
Aug 12, 2019 12:30 AM By: Brad Nichols 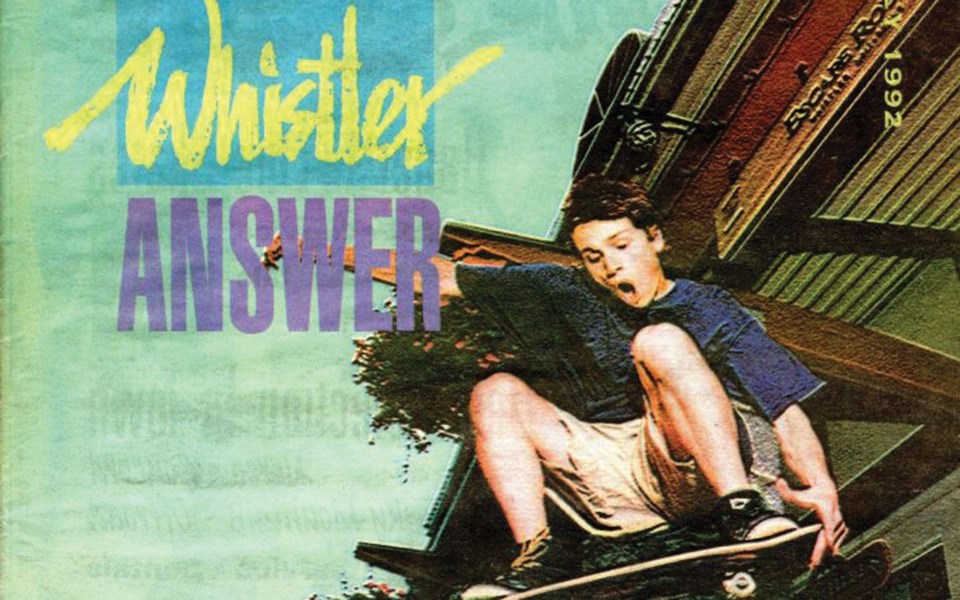 shred on The original Whistler Skate Park was constructed back in 1991. photo submitted

Nestled along the Valley Trail near Fitzsimmons Creek, the Whistler Skate Park is a popular summer hangout for skateboarders and board sport enthusiasts.

During the late 1950s and early 1960s, surfing's popularity began to skyrocket in California, and would eventually go on to influence North America's youth culture with the music, films, philosophies and attitudes that are now associated with the sport. Skateboarding, or sidewalk surfing as it was then known, grew out of the surfing culture during this time, and became something to do when surfing conditions were less-than-optimal.

Skateboarding's popularity increased during this period, expanding out of California surf shops to any place around the world that had cement or asphalt. In 1976, the world's first purpose-built skatepark opened: Carlsbad Skatepark in Southern California. This was soon followed by the Albany Snake Run in Albany, Western Australia. Both areas had strong links to surfing culture.

Surfing and skateboarding had an immense influence on the development of snowboarding; one of the first snowboard products, the Snurfer, invented in the late 1960s in Michigan, allowed riders to essentially surf on snow. Over the next 20 years, snowboarding evolved and expanded and by the late 1980s started to become a fixture in Whistler, specifically on Blackcomb Mountain.

Olympic gold medal winner Ross Rebagliati was the first snowboarder allowed to ride the Blackcomb lifts. The new sport found its home early in our valley, he said. "When we were first allowed to snowboard here, they did not just sell us the tickets and say, 'that's it.' They embraced the whole idea, the culture. They took the initiative to build snowboard parks and created things specifically designed for snowboarders."

In 1991, the original Whistler Skate Park was constructed and includes the snake run and bowl that are still present today. Designed by Monty Little and Terry Snider, it integrated elements that they had developed in other skate parks in West Vancouver and North Vancouver. These elements included large waves and shapes that would encourage speed and fluid, rounded movements, a nod to the surf-inspired approach to both snowboarding and skateboarding. Monty Little viewed the Whistler Skate Park as a functional sculpture, taking inspiration from the mountains and streams of the area.

In the late 1990s, the Whistler Skate Park saw its second round of development. This refurbishment was born out of safety concerns due to the original surface delaminating, as well as the changing style and approach boarders were taking to skateboarding. With support from then-Mayor Hugh O'Reilly, the Resort Municipality of Whistler and the skating community, new elements were added to the skate park that reflected the next generation of skateboarders. These included more street elements such as rails and grindable steel edges, used for more technical tricks and manoeuvres.

The Whistler Skate Park is centrally located between the Village and Fitzsimmons Creek, and open daily from April to November.